Strategies for Defence Modernisation and Self-Reliance 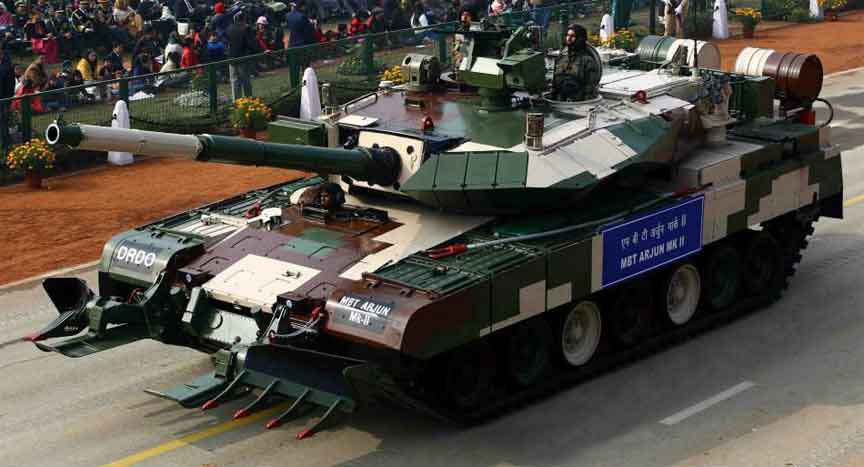 In defence parlance, modernisation may be defined as relevant upgrades or improvement of existing military capabilities through the acquisition of new (imported or indigenously developed) weapon systems and supporting assets, the incorporation of new doctrines, the creation of novel organisational structures and the institutionalisation of contemporary manpower management and combat regimes1. Although Indian Army embarked on the path of modernisation more than a decade ago, it faces challenges with capability acquisition and dealing with obsolescent equipment and technologies, and in syncing the manpower and organisational structures to support these capabilities.

The hollowness in the Indian Army capability, which has grown over the years, should be arrested to adversely impact on our operational capabilities and regional aspirations.

Strategy for Modernisation of the Indian Army

Assessment of the Requirement: First and foremost we need to identity the criticalities, existing voids and slippages of previous plans, in keeping with the Strategic Defence Planning Guidance, which is a summation of the mission specific desired military capability in each strategic theatre and the sensitivity analysis for pragmatic parameters of financial allocations for defence2. These should then be reviewed in relation to contemporary technologies and the capabilities of our adversaries, as also the capabilities that we wish to create as a nation in the regional and global context. The hollowness in the Indian Army capability, which has grown over the years, should be arrested to adversely impact on our operational capabilities and regional aspirations. Induction of state-of-the-art technology in the Army is a capital and time intensive proposition and relevant factors influence our policy.

Focus Areas for Modernisation Plan : To meet the challenges of a collusive and multi-spectral threat, as also the slippages of the previous plans, the major thrust areas are maneuver operations, infantry and special forces operations, integrated fire power, integral aviation support, integrated theatre based air defence, out of area contingency (OOAC) capabilities, enhancing night fighting capability and battle field transparency, asymmetric and sub conventional warfare, build up capability for intelligence acquisition, its processing and real time dissemination including ‘HUMINT’, proactive measures to counter technological threats, especially in the cyber warfare, information warfare and electronic warfare domains, CBRN capabilities, UN peacekeeping operations, exploitation of space based assets towards execution of C4I2SR operations at all levels, making up equipment voids, augmentation of logistic capacities and restructuring of existing logistic organisations and infrastructure upgradation to meet the emerging requirements. Sustenance has today emerged as a cornerstone of capability due to reduced mission reliability and sub-optimal serviceability of critical equipment initially procured less the lifecycle support as part of the acquisition contract. It will therefore be necessary to include long term lifecycle sustenance support to capability we acquire, at the initial stages of acquisition itself.

The Indian defence acquisition process is fraught with unacceptable and undue delays at all stages and most of the acquisition schemes result in foreclosure.

The Way Ahead to Progress Army Modernisation Programme: The inherent delays in existing system of procurement from foreign OEMs, poor quality of products delivered by the DPSUs/OFs, bottlenecks in procurement procedures and drawbacks in the resource base are factors adversely impacting the pace of modernisation and seriously retard capability development, as envisaged by our first documented effort in the form of a Long Term Integrated Perspective Plan (LTIPP). What is now needed is a ‘result oriented’ system rather than a ‘procedure oriented’ one. Issues which need to be addressed on priority, both from the points of view of Army modernisation and achieving self-reliance, are listed as:-

Review of Defence Production Policy: The Defence Production Policy promulgated in 2011 was supposedly an insightful proclamation of the Governments intent to promote self-reliance in defence manufacturing and a fairly cogent articulation of the approach to achieve the objective. The policy states that a review of the progress made during the year in self-reliance be undertaken annually, however no such audit has been carried out till date. Consequently, there is no official assessment of the impact the policy has had on the process of self-reliance in defence since the policy was promulgated3. There is also a need to clearly define the term “Defence Industry”, to move ahead in establishing a robust defence industrial and manufacturing base. A recommended simple definition is, “an industry and business which manufactures/ sells/ trades weapon systems and military technology and equipment including services. It comprises of the government as well as private industry involved in research, development, production and service of military material, equipment and facilities”. The following is recommended: –

Periodic audit / review of all DPSUs and OFB should be done by the DDP with members from HQ IDS, SHQs and Acquisition Wing, MoD.

To ensure the defence industries and DPSUs become competitive and grow, we must review the policies for export of defence equipment and provide incentives for enhancing exports.

The suggestions enunciated above, are simple and implementable in the near future, through a laid down roadmap towards self-reliance. The results they will yield will also be perceptible and obvious in real time. The Indian defence industry has been waiting at the starting block since long, duly primed and ready, for the starting shot to be fired. It will only be fair to integrate them in establishing a robust national defence industrial base and speeding the pace of modernisation.

The author is a Senior Fellow at CLAWS