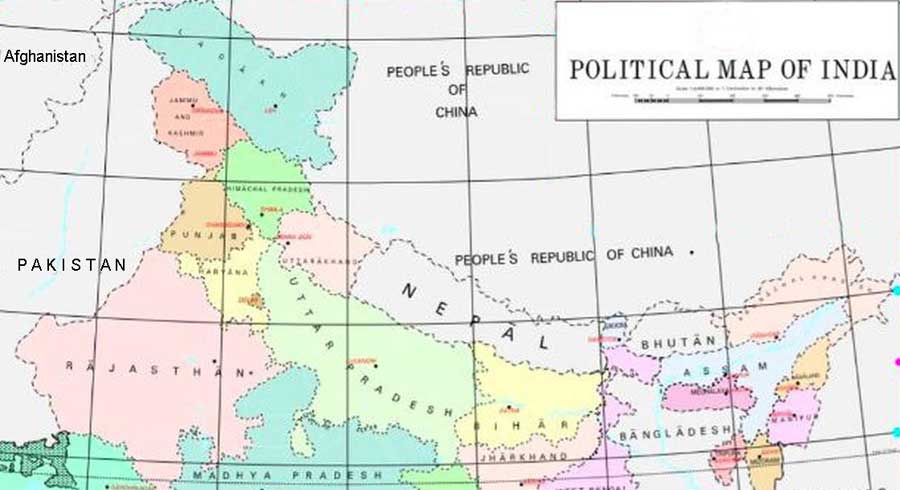 The recently formed Ladakh Union Territory has Zanskar ranges in the south and Karakoram ranges in the north. It also shares borders with both Pakistan and China. Its prime location makes it significant and strategically important for India’s national security. Since ancient times till partition between India and Pakistan, Ladakh remained an important point along the silk route. The passes of Ladakh connected some of the economically significant regions of the world, including Central Asia, South Asia and China. Ladakh’s strategic location can be used to flourish new trade routes to meet India’s economic demands. Such a strategically important place shouldn’t be ignored.

Historically, Ladakh includes Gilgit, Hunza, Kargil, Leh and Skardo. Ladakh was the part of strategic Greater Central Asia also since ancient times. Despite the harshness of the land and climate, its location made it a desirable strategic location, which led to several wars fought by the then empires including Russian, Chinese, Tibetan, Persian and Indian to dominate the passes of the region.

As Ladakh lay along the primary line of communication between India and China, Tibetan expansion in mid 600 CE threatened this important trade route, leading to a Tibetan-Chinese struggle that lasted for nearly three centuries. In 722 CE Chinese aid to Baltistan prevented Tibetan domination of the passes into Turkistan.

The Dogra establishment in Ladakh in the 1840’s had several motives, including (1) encircling Kashmir to seize it upon the death of Ranjit Singh and (2) to gain access to the economically lucrative wool trade. To dominate the wool trade the Dogra’s rulers attempted to invade western Tibet – the main source of the wool, which led to Dogra-Tibetan war 1841-42[i]. Further down the timeline, just after the partition of India and Pakistan, the tribal raiders of Pakistan attacked Ladakh and captured Kargil and were planning the capture of Leh. The Indian army confronted the intruders and Kargil was taken back[ii].

Geographically, at present Ladakh is the largest Union territory in India with an area of 59,146 sq. Km. Gilgit Baltistan area occupied by Pakistan is 72,971sq. Km and China held Aksi Chin area is 37,555 sq. Km. Pakistan has given another 5,180 sq. Km to China[iii].

Dwelling in the lap of high mountain ranges of trans-Himalaya, in proximity to the two adversaries (Pakistan and China), Ladakh has great strategic importance. Moreover, China’s growing cooperation with Pakistan and construction of China Pakistan Economic Corridor (CPEC), all along with China’s continuous attempts of infiltration into Indian territory, Ladakh desperately needs to be looked at critically. Therefore, a strong hold in the region is of vital importance for territorial security and economic growth. In an era of economic expansion, while keeping its passes free for trade, India should use Ladakh’s strategic location to its optimum level, to get rid of socio-economic distresses.

Kargil is another strategic location within Ladakh, centred at equidistance from major other vital locations like Skardo, Leh, Srinagar and Himachal Pradesh. It had been and would be a very strategic location for trading. Moreover, it links the Kashmir valley with Leh, which itself is bordered by foreign powers almost from all the sides.

Once if any foreign power captures Kargil, it would be effortless to capture whole Ladakh. It is acknowledging this significant location of Kargil, Pakistan in 1999 launched an attack intended to capture Ladakh. Since Kargil provide less harsh climate and topography compared to Siachen, they would have captured Ladakh, had there not been international pressure on Pakistan to withdraw its army.

In geostrategic studies, people of the land also have a significant role in shaping the political discourse. It is necessary to keep the aspirations of the people and other related political intricacies in mind while considering the strategic importance of an area. India is bordered by countries which have religious and cultural links with Ladakh. They also have the soft power potential to influence Ladakh. India needs to keep a check on the soft inconspicuous activities on the one hand and the other hand, building the notion of nationalism among people to keep them integrated to the mainland.

Sunil Raman former (BBC journalist) in his article “Ladakh should not go unheard”, states that “There is growing concern among a section of China watchers that Beijing is using “invisible” ways of having Tibetans infiltrate India. In fact, the Qing Dynasty that ruled from 1720 to 1912, had cleverly used Tibetan Buddhism to expand its influence into the outlying regions of the empire.

The Chinese Communist regime thus seems to be following an ancient strategy to widen its reach and deepen its influence across the Himalayas. Ladakh’s peaceful environs are being exploited to culturally overwhelm the region with Tibetans loyal to Chinese-backed Buddhist sects. The Dalai Lama’s efforts, in recent years, to get the Buddhists of Ladakh not to entertain a rival Karmapa, ThayeTrinley Dorje, were not very successful. Buddhist sects, like Druk-pa Kagyu, Drikung Kagyu, Ning-ma and the Sakya sect, do not question Dorje’s status.”

Chinese success can also be acknowledged, that it flooded the region with CDs of the Lotus Sutra, a sacred Buddhist scripture that was popular in China and Japan, but not in India. For decades now, Buddhist families have become more familiar with the Lotus Sutra than their forefathers ever were[vi].

At the same time, India should take an inclusive approach in its governance. Otherwise, it may lead to a feeling of alienation among the discriminated section, which ultimately may become susceptible to foreign influences. India’s approach towards Ladakh has always been Leh centric, often projecting Leh as Ladakh or Ladakh as Buddhist land; yet it has the majority of people Muslims. India needs to shun its communal discriminatory behaviour by trying to widen the developmental disparities between the twin districts of Ladakh.

Ladakh has the potential to act as a vessel to feed India its required energy resources. For this peace in Ladakh is a condition. For peace, equal unbiased development is mandatory. Therefore, India’s policymakers, while drafting their policies for Ladakh, should consider its geographic location, fragile environment, resource potentials and its people’s aspirations. In such a strategic location, it is crucial to keep all these aspects in harmony to take advantage of it to its fullest.

[ii]Sidharth Mishra, 2019, OPINION | If Not For Brave Indian Soldiers, Ladakh Would Have Been Lost to Pakistan in 1948, News18.

One thought on “Strategic Importance of Ladakh”