If we were to comment on the attitude of our leadership to our country’s defence preparedness the conclusion would be of unwitting indifference. There is no other plausible explanation to the manner in which we have been mishandling the defence of our nation.

A quick scan of our security barometer from the time we became a sovereign nation to date would enable us draw up a report card on how we have fared on the security management front. 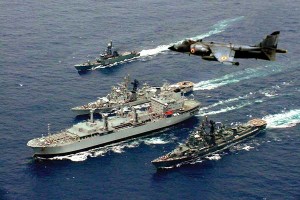 Within months of our Independence we were subjected to an invasion from Pakistan. Barely managing to save Srinagar, we accepted the loss of a fairly large swathe of territory which we have since called POK (Pakistan Occupied Kashmir).

But the narrative has only just begun. Call it neglect or a lack of understanding of defence preparedness because it appears that the gravity of the loss did not really ever sink in. What were the consequences?

Through the fifties, because of the total disconnect between defence and diplomacy we kept botching up matters with China. The price was the ‘62 disaster. We ended up suffering a humiliating defeat. We have, I believe, yet to recover from that trauma.

The Chinese came right up to the foot hills in the North-east. In the Ladakh region they captured large areas of Aksai Chin. After the cease fire, in the East the Chinese unilaterally withdrew to the McMahon Line. However, in the more strategically important Ladakh sector they retained most of what they had taken; approximately 38,000 sq km. Pakistan illegally ceded another 5,180 sq km. And that is how matters stand today.

Surprisingly something that should be causing grave concern appears to be for the moment met with stoic silence. China in the recent past has upped the ante on its claims over Arunachal Pradesh. The denial a visa to a government official of Arunachal Pradesh and the more recent reaction to the PMs’ visit to the State, together with frequent statements that the Province is Chinese territory reflect its new position. There is a view that the recent shift in stance could be due to the assessments the Chinese may have made during the ongoing border negotiations. They may have got the impression that we are not averse to ceding ground in order to settle.

Pakistan’s military adventurism in 1965, 71 and 99 requires no recounting. From somewhere in the mid-eighties it also brought in what could be labelled as nuclear blackmail into the equation. What make matters worse are its unrelenting and blatant attempts at subversion by actively aiding and abetting militancy notably in Punjab and Kashmir. By adding terrorism to its armoury, Pakistan has in the last fifteen years or so seems to have decided to play by no rules whatsoever. 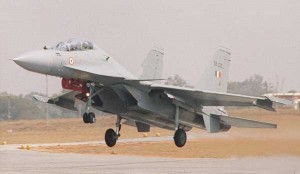 The irony is that Pakistan is one fifth our size. In every measure of national power it is way below us. Currently, it is struggling for survival. Yet it has not abandoned its plans to take Kashmir and keep us destabilised. The reasons are obvious. It believes that we neither have the capability nor the will to do anything in retaliation.

If we move away from China and Pakistan and look at our smaller neighbours the picture is not very different. Bangladesh Rifles did not even think twice before mowing down our BSF personnel. The best we could do was to lodge some protest. Nepal, Sri Lanka, and Myanmar-it is the same story.

Clearly the report card is quite dismal, and demonstrative of an unwillingness to learn lessons.

The problem is with the perception of India, the national image. And the image of a soft nation state is largely because the military dimension of national strategy has never received the attention that it ought to. The primary reason for this is that the military has rarely had any access to the country’s political leaders.

What is the military dimension? In simple terms it implies the possession of adequate military capabilities and an unequivocally articulated resolve to use those capabilities whenever our core values or interests are threatened.

As a matter of fact what has just been postulated is the passive dimension of military capability. We must go beyond this and look at using our military to also further our growing interests and aspirations. Brash adventurism is not being advocated. But given-our size, the existing territorial disputes, and our emerging regional and global profile, the requirement to possess appropriate military capabilities-that can impact regionally, and globally-must not be wished away any longer.

To illustrate: Had the military balance between us and China not been what it is, the Chinese would not be talking down to us as they have been doing over the last three to four years. What must cause alarm is the virtual intimidation that we are now being subjected to.

Unless our leaders assimilate the inescapability of adequate defence preparedness national security will always remain in peril.

Defence preparedness is relative and dynamic. It has to flow from an enunciation of national aims and objectives, and then an analysis of threats and capabilities required, to safeguard national security and further national interests. The mind-set-that the military’s role is to protect borders alone must be shed.

The image of a soft nation state is largely because the military dimension of national strategy has never received the attention that it ought to. The primary reason for this is that the military has rarely had any access to the countrys political leaders.

In broad terms the constituents of military capability that merit attention are:

Internal security and disaster management though strictly not part of the defence apparatus are two important adjuncts which must not be neglected.

On an abstract level the purpose of keeping a force in being is to preserve national security, settle territorial issues and further strategic interests not by its actual use but merely conveying the possibility of its use. That is what military deterrence implies. This is something that we have not yet clearly understood. The view that the military is meant to fight wars is commonly held. But that view is not expected from those who claim to understand warfare, or our leaders entrusted to plan for national security.