Stealth: A Technological Marvel or an Economic and Operational Disaster? 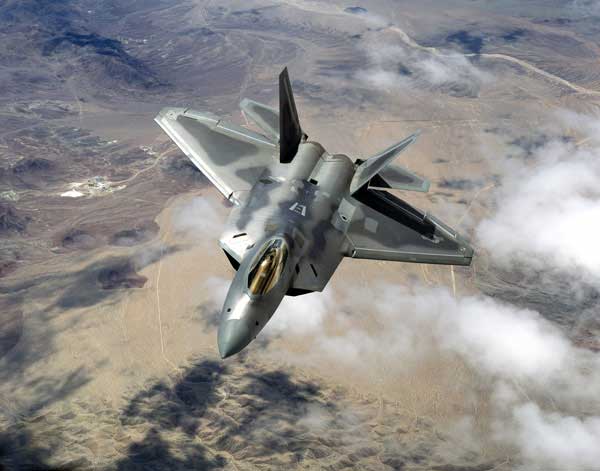 The word ‘STEALTH’ in military parlance conjures up vision of Bollywood actor Anil Kapoor becoming invisible after he wears a watch in the film Mr India. As a fiction/entertainment story it is fine. But is ‘stealth’ truly and actually valid in reality with specific reference to an aircraft being invisible to ground/airborne radar?

Billions of US Dollars have already been spent by major powers viz China, Russia and USA in particular towards R&D in this field and producing operational aircraft. USA takes the lead by producing F-117, F-22, F-35, B-2 and to be inducted strategic bomber B-21. China and Russia have miles to go. As of now neither country has a truly stealth flying machine.  All so called stealth flying machines fall in the category of ‘Low Observables’. J-20 of China and Su-57 of Russia might not even be in low observable category.

While we focus on designing a stealthy airframe, we must not lose sight of development and advances made in Radar technology. Experimental Quantum Radar, if and when becomes a reality, might change the stealth concept for ever. The pace of development of Radars and sensors already incorporated in SAMs as well as AAMs is perhaps faster than stealth design development of modern fighters.

Let us now discuss stealth as an asset in case of aircraft. Stealth capability/quality of a flying machine can be divided in two parts; Physical attributes of Stealth and Technological requirements of a stealthy machine. Attempt will be made to discuss entire spectrum of stealth technology, its operational advantage and cost of producing a stealthy flying machine without entering into complex technological jargons and principles employed.

Physical stealth as an attribute/term is non-existent in case of flying machines. Physical stealth characteristics can, at best, be minimized; it cannot be eliminated. The same is discussed below;

Physical Noise. Noise created by the aero-engine as well as due to friction caused by air resistance can neither be minimized nor eliminated. This noise is further supplemented by the roar of exhaust gases. Neither source of noise can be eliminated. Presence of a flying machine will create substantial audible noise and indicate its presence as well as direction of approach to a trained person.

Shock Waves. Whenever a flying machine is flying in Trans-sonic/Supersonic range, creation of shock waves results in random/ constant sonic boom depending on mach number. Attachment/detachment of shock wave from the airframe results in bang called sonic boom which is clearly audible on the ground. It is particularly prominent while an aircraft decelerates from supersonic to subsonic regime. Due to separation of shockwave, which travels to the ground loud bang is heard. Sonic Boom at low level can cause shattering of glass panes etc.

Heat Signature. Ever since jet engine became operational, attempts have been made to keep exhaust gas temperature under control. It became an operational necessity when heat seeking air to air missiles arrived on the scene. However irrespective of efforts made, heat signature of a jet aeroplane remains the biggest threat to itself. Heat signature can be minimized but not eliminated altogether. Extended jet pipes, mixing ambient air with exhaust gases etc have been introduced to minimize the heat signature. Measures adopted to reduce exhaust gas temperature does achieve marginal reduction. However extended jet pipe results in reducing stealth characteristics. Similarly in order to induct ambient air and mix with exhaust results in widening of jet pipe to create additional duct. Yet again a wider jet pipe results in reduction in stealth.

Physical Signature. All non stealth aircraft with light grey/light blue under surface inherently merge with blue sky and are extremely difficult to spot in spite of clearly audible engine noise. All current stealth aircraft being black in colour, both on top as well as bottom, are clearly visible, thus increasing vulnerability to shoulder launch human sighted missiles.

Design Stealth. All flying objects reflect the impinging radar waves back to emitter causing the radar to ‘SEE’ the flying machine in all three dimensions. The intensity of reflected signal depends directly on area and design of reflecting surface. Stealth attribute of a flying machine is a function of reflectivity coefficient. Higher the value of reflectivity coefficient, easier it is for radar to ‘SEE’. Design stealth has focused on reducing the reflectivity coefficient by providing inclined surfaces, wing – fuselage blending, internal weapons bay, embedded air intakes and jet pipes, composite control surfaces etc. No wonder then that F-117 onwards most of USAF aircraft resemble an overgrown bat. In case of F-117, it has been claimed that a similar sized flat plate area flying machine will have nearly hundred times more radar visibility than F-117. It is another matter that at least one F-117 was shot down by a SAM. In addition extensive adapting of wings, control surfaces often results in reduction of manoeuvrability.

Technological Stealth. Proponents of stealth found out very soon that design stealth by itself was not good enough to provide the degree of stealth sought for near certain protection from being seen by the radar. Numerous technologies/methods have been developed viz ‘IRON

BALL PAINT etc termed as Radar Absorbent Material (RAM). Development of RAM has been going on for decades. In fact one of the first operational use of RAM was in the submarine periscope during second world war.  Broad characteristics of RAM are as follows;

(e) Cost is not being discussed by choice.

The existing inventory of genuine stealth design aircraft are with USAF only. China’s J-20 and Russian Su-57 can hardly be termed as stealth, both on account of design and quality of RAM used. Reflectivity coefficient is reduced considerably due to;

Any discussion on ‘stealth’ incomplete unless state of and progress in sensor technology is also discussed. Existing sensor capability will be best described by an event during hot war that took place 22 years ago.

“Lieutenant Colonel Dale Zelko was on a night mission in Serbia March 27th March, 1999. To his utter surprise and disbelief, Radar Tracking followed by Missile lock warning lamp suddenly started flashing in the cockpit. He was in the famous but yet unproven (for stealthy qualities) F-117. Zelko and his presumed undetectable aircraft F-117 were a vital part of the NATO-led Operation Allied Force. Mission involved strike on Serbian target. Missile lock warning clearly indicated that F-117 was, after all, not invisible to Serbian Air Defence network equipped with Russian Radars and SAMs. F-117 was struck by the missile and Zelko pulled the ejection handle and survived to tell the tale. S-125 „Pechora/Neva‟ missile had scored the first ever kill of a stealth machine. Yet again on 20th April, 1999 another F-117 was struck by a SAM but pilot was able to bring crippled aircraft back to base”.

Relevance of above operational event is that the most ‘invisible’ aircraft was still visible not only to tracking radar but also to a missile head.

Existing Sensor Capability. Extremely sketchy details are available (for obvious reasons) about sensor capability wrt tracking of ‘so-called’ stealth aircraft. However ‘Almaz-Antey’, the Russian defence giant has claimed that ground based sensors have been produced, which can detect the USAF stealth aircraft. ‘Nebo-M’ radar is believed to have the capability to detect stealthy flying machine. No technical details are available from open source. But it is believed that the faintest of reflected signal received is amplified many times over and based on ‘speed’ parameter it distinguishes the stealth aircraft from slow flying drones, birds etc. Nebo-M radars entered operational service in Russia in 2017 and are believed to belong to family of VHF radar system.

Currently operational stealth flying machines have achieved a high degree of stealth when ground based radars are used for tracking because a flying machine presents a side view of rather small area resulting in marked reduction in reflected signal reaching the radar. However an AWACS will/should be able to see the same aircraft with higher degree of success. It is entirely due to the fact that even the best designed stealth aircraft with thick coating of RAM presents a ‘flat plate’ perspective to the airborne radar, hence the reflectivity coefficient increases considerably enabling the radar to clearly identify the aircraft. However no operational data is available because of extremely sensitive nature of critical operational parameter. Ability of AWACS to see a stealth aircraft better is based on assumption that reflected signal would be of higher intensity in case of AWACS illuminating from top.

Missile technology with specific reference to kill range and ability to track the target autonomously after launch has increased degree of threat to all aircraft, irrespective of their design. Fully Active missiles carry integral radar, which tracks and locks on to the target. This attribute is further enhanced by making a missile head heat sensitive, which enables the missile head to lock on to target based on heat signature strength. Twin combination is lethal. Hence it is extremely difficult for an aircraft to escape if missile has locked on in spite of other counter measures viz Chaff etc.

As on date there are no space based sensors capable of tracking a fighter aircraft for intercepting the machine. However considerable progress has been made in Space Based Infra Red Sensors (SBIRS) technology to track ballistic missile launch. Only a fortnight ago USA launched a most modern satellite carrying SBIRS. However in foreseeable future development of SBIRS for aircraft tracking might become a reality. Operational anti-satellite weapons may be a step towards producing SBIRS systems for aircraft tracking as well.

Currently stealth design has created enormous hype and interest. However efficacy of this hugely expensive technology is yet to be proven under operational conditions, specially in extremely dense air defence environment. While we discuss stealth, we confine our discussion to a single aircraft in most cases. What will happen to stealth quality/capability of a large formation? Strike missions invariably are multi aircraft missions flying in close proximity. Very important operational issues such as presence of jammers with strike formation has not been discussed by choice.