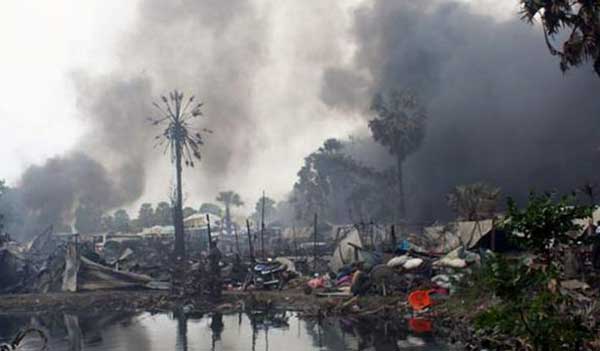 As I enplaned Colombo on 28 February 2018 to return to India after spending a fortnight old memories returned! This was this author’s fourth trip to the island nation. One was lucky this time to be able to cove the Eastern and Northern parts as peace has returned to these areas after the end of a brutal civil war in May 2009.

The first visit Sri Lanka was on 6 Jan 1990 as an observer to study the operations of IPKF (Indian Peace Keeping Force). Jaffna town was then under partial Indian occupation as was Trincomalee, Batticaloa and Vaunia. This was towards the fag end of Indian presence there and after the then PM had ordered a withdrawal beginning 1989. The situation was tense as the LTTE (Liberation Tigers of Tamil Elam) had continued its attacks on the withdrawing Indian troops.

After spending a few days in Jaffna peninsula I had flown to Trincomalee, movement by road was impossible as the LTTE dominated the area. At Trincomalee, I had tried to go to the ancient city of Anuradhpura, but had to give up the attempt half way as the road was unsafe. No sooner did I return, I learnt that a prominent breakaway Tamil leader was ambushed and his vehicle blown up with a RPG-7 rocket minuets after I travelled on the same road. Incidentally, the rocket launcher of Russian make was a favourite with LTTE as well as Palestine guerillas. Within days of my return from Sri Lanka, I learnt of a major ambush of returning soldiers near port of Kankesanturai in Jaffna peninsula.

On return to Chennai, I spent a sleepless night, shocked at what I had seen in Sri Lanka. The VP Singh government had announced a withdrawal of IPKF in 1989 with the first batches arriving in mid-1989 and the last troops left by March 1990. In this twilight period troops were being asked to fight an elusive and determined enemy like LTTE. In this waiting to go home kind of situation, the Indian Army, at formation level of command had adopted the ‘paper war’ strategy. Reports of patrols, ambushes etc being undertaken were being regularly filed, with everyone in picture being informally told to just stay put in camps. The whole Sri Lankan operation by the time of Jan 1990 had turned into a gigantic charade.

The make believe was a reaction to the political decision of announcing a withdrawal deadline and expecting soldiers to put themselves in a harm’s way for nothing. The corrosive influence of this action on the Indian army’s ethos is impossible to calculate.

Having seen the forests of Eastern and Central Sri Lanka, the lagoons of Jaffna and Mannar areas and the sheer vastness of the insurgency affected area, one realised the kind of odds that IPKF faced once the mission changed from Peace Keeping to Peace enforcement (a euphemism for counter insurgency operations). Yet it is militarily indefensible that the top Indian military leadership thought that the task of disarming LTTE could be achieved in weeks! The then top military commander failed in the primary military task of terrain appreciation.

The second and more fundamental error was made while assessing troops to task ratio. India unlike Sri Lanka at a later date, could not afford to fight a conventional war as the Tamils of Jaffna and Indian Tamils are closely linked. Avoiding collateral damage and civilian casualties was a major consideration that led to fighting a counterinsurgency. In counterinsurgency operations there are limitations (self-imposed) on use of fire power. The curb on fire power forces a counterinsurgent force to increase numbers.

Given the vastness and difficulties of terrain and constraints of fighting with one hand tied behind back, the IPKF force levels were clearly inadequate. There was a perceptible lack of intelligence on LTTE and in a cavalier fashion a strategy was fashioned to ‘saturate’ the area with troops and rely on chance ‘encounters’ to eliminate LTTE.

Another major observation was that the LTTE had better weapon than the regular Indian army. It is an uncomfortable truth that in every engagement, the Indian army suffered casualties greater than LTTE.

These observations were duly conveyed to the higher authorities. One must accept that some of the lessons of Sri Lanka as far as troops to task is concerned were well learnt and applied in Kashmir. Army’s reluctance to ‘thin-out’ from valley is thus well justified in counterinsurgency environment.

But another major lesson of Sri Lanka, that of having better weapons than the adversary has got lost in translation and the insurgents continue to enjoy not just parity but superiority.

The author readily accepts that these are observations of an analyst and researcher and many participants may violently disagree with this. But after 28 years it is time that the soldiers and defence analysts carry out a robust debate on the IPKF operations with a view to learn from the past.

After all Sri Lanka was not the first or the last time Indian army was engaged in counterinsurgency operations.