Spurring the Growth of Civil Aviation & Defence Aerospace in India 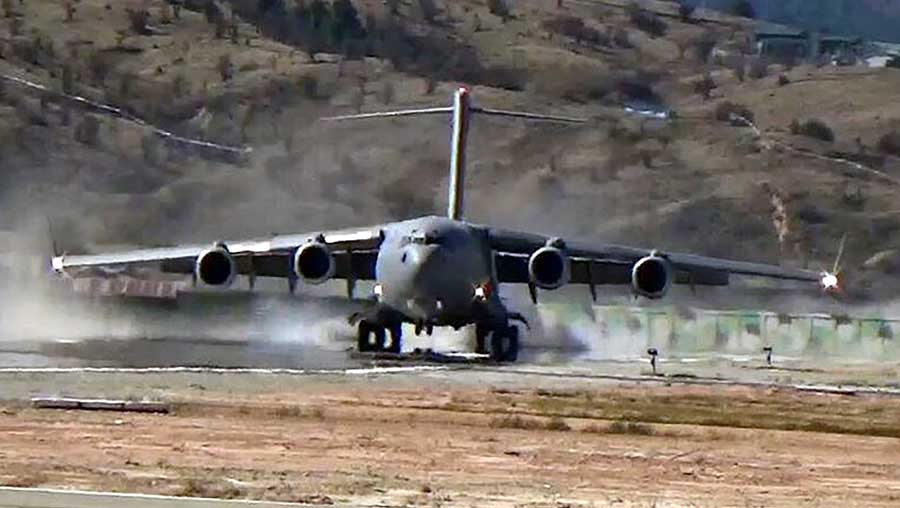 India has never attempted to formulate a national vision for aerospace. Now is perhaps the time to do so. Propulsion, materials and avionics technologies are closely guarded secrets. The government needs to put in place a policy framework that seriously encourages public and private sector to step up R&D in these domains so that the country can break out of the import spiral. The policy framework should simultaneously incentivise the use of domestically produced aircraft and components.

The most important component of an aircraft is its engine whose propulsive efficiency determines the operating costs of an airliner as well the range and payload capability of a military aircraft.

From a development and engineering perspective, the civil aviation industry of a nation pivots around the following capabilities:

Precision engineering and manufacture allow the thousands of components that make up an aircraft to be packaged in a light airframe with easy access for maintenance. Electronics and software facilitate easy and safe flight operation and maintenance. Special materials facilitate reduction in aircraft weight, increase in propulsive efficiency of aircraft engines, increase in service life of airframe components resulting in enhanced safety. Broadly speaking, a nation’s defence aerospace industry has the same pivots. The US, with the family of airliners from Boeing and France, with the Airbus family, are world leaders in the civil aviation industry. It is no coincidence then that they are also world leaders in defence aerospace. Both nations have manufactured remarkable civil and military aircraft and posses advanced defence aerospace capabilities. The Soviet Union, a world leader at one time, unraveled in December 1991, and its defence aerospace industry fragmented and languished in Russia, Ukraine and other erstwhile member states. Early in the current century, Russia started to revive its dormant and rather outdated industry with major investments in aviation-related technologies such as high bypass turbofans, advanced electronics and new materials. The investments are bearing fruit and Russia is posed to make significant strides in both civil aviation, with its MC-21 family of aircraft and in defence aerospace, with its T-50 fifth generation fighter.

The link between civil aviation and defence aerospace is stark also from a technological component perspective with the pivots being:

In the subsequent paragraphs, we will study the links from the technological component perspective:

The most important component of an aircraft is its engine whose propulsive efficiency determines the operating costs of an airliner as well the range and payload capability of a military aircraft. Advances in propulsive technology reduce operating costs in airliners and increase the operating range and payload in military aircraft. The world’s leading civil aircraft engine manufacturers are Pratt & Whitney (P&W) and General Electric (GE) of the US, Safran (Snecma) of France, Rolls-Royce of Britain and UEC of Russia. Safran has co-developed airliner engines with GE and military engines on its own. Rolls-Royce has co-developed airliner engines with P&W and military engines on its own. All five companies listed above make civil (mostly airliners) and military engines. Power plants for civil and military aircraft differ in key aspects such as weight, fuel consumption and acceleration, but the underlying technology is similar.

The US, with the family of airliners from Boeing and France, with the Airbus family, are world leaders in the civil aviation industry…

Airliners typically use turbofan engines with very high bypass ratios and consequently, have low fuel consumption. The engines are relatively heavier (lower thrust to weight ratio) and have large frontal cross sections, which make them unsuitable for use on combat aircraft. Airliner turbofans do not transition very quickly from low to high thrust regimes and are not designed to sustain high ‘g’ forces. Airliner engines are often used to power large military airlifters such as the C-17 Globemaster III and the IL-76MD. The C-17 is powered by the F-117, the military version of PW-2000 which powers the Boeing 757 and Il-98M airliners. The IL-76MD is powered by the Aviadvigatel PS-90, which additionally powers airliners such as Ilyushin Il-96 and Tupolev Tu-204.

Fighter aircraft feature turbofan engines with low bypass ratios and smaller frontal cross sections. Consequently, fighter aircraft engines have higher fuel consumption, but are relatively much lighter (high thrust to weight ratio) and sustain very high g-loads. The thrust of the engines can be dramatically increased (once again at the cost of significantly higher fuel consumption) through the use of afterburning. As would be expected, many underlying technologies are shared between civil and military engines. For example, thrust-to-weight ratio is better if an engine’s turbine blades can withstand higher temperatures. Lighter compressor blades improve fuel consumption.

The Soviet Union, a world leader at one time, unraveled in December 1991, and its defence aerospace industry fragmented and languished in Russia…

Pratt & Whitney military engines include the F135 for the F-35 Lightning II Joint Strike Fighter, the F119 for the F-22 Raptor, the F100 family that powers the F-15 Eagle and F-16 Falcon, and the F117 for the C-17 Globemaster III. To reiterate, the underlying propulsive technology for civil and military engines is the same.

Size and weight are critical aspects of avionics, sensor and computer components because of limited space and payload in aircraft. Space and weight limitations are more severe in defence aerospace but the quest for compactness is equally determined even in civil aviation. The underlying physics for these components is well known. However, compactness of components is largely dependent on the sophistication of the industrial manufacturing base. The US is the world leader in avionics and sensors with France a somewhat distant second. Russia is known to produce competent avionics and sensors; but lags behind the West in materials, high-end engineering and manufacturing techniques. Russian avionics tends to be bulkier, heavier and more power consuming – a scarce resource on an airborne platform. Heavier avionics limits payloads.

India is the fastest growing civil aviation market in the world, as per the International Air Transport Association (IATA)…

Aero structures are airframe components such as fuselage, wings or flight control surfaces. The structures need to be lightweight but strong in order to ensure higher payload capacity and better operating efficiency. Often, aero structures are of complex shape. Aero structure development requires high end designing infrastructure and engineering skills. The components have to be precision engineered. Often the components are made of special material (alloy or composite). Shaping such material into complex shapes requires specialised manufacturing infrastructure that goes beyond CNC machines.

Aerospace manufacturers are inclined to increase their use of composites. As compared to steel and aluminium alloys, composites are lighter, have greater strength and are more corrosion resistance. Composites have traditionally been used for manufacturing relatively simple, smaller, and non-critical components. These parts were made of flat or mildly curved monolithic laminates or sandwich panels. Aero structure manufacturers want to build ever larger composite aero structures to reduce aircraft weight and increase operating efficiency. However, designing and manufacturing large composite structures presents design and manufacturing challenges, which are spurring development of new manufacturing processes. Aero structures need to be tested and certified. Testing covers tensile, compression, flexure, fatigue, impact and compression after impact – all of which requires investments in infrastructure and engineering skills and establishing of best practices. Infrastructure and engineering skill requirements for civil aviation aero structure manufacturers do not differ substantially from those required for military aerospace.