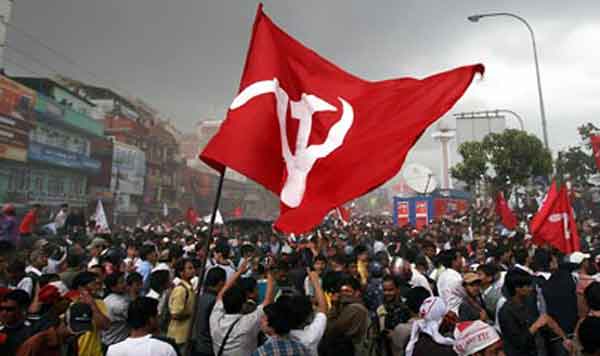 Inter-group rivalry has a multi-dimensional impact both at strategic and tactical levels. These groups rewrite state boundaries as they attempt to control areas under different states, thus necessarily erasing physical boundaries at the strategic level. On the other hand, competition among these groups would force them to deliberately resort to criminal measures which could place a huge burden on the already existing policing mechanism. Competing priorities, escalating violence and extortion economy are the key drivers for this splinter phenomenon. A majority tribal population has also facilitated this growth which might have far reaching impact on other states with similar demographics. This would lead to a prognosis that ideological splinters among the Maoists are an archaic phenomenon replaced by splinters driven by caste and resources. Thus, the ideals once the Maoists stood for are fast relegated to the second place and into oblivion by a more powerful motivation known as money.

India’s Naxalite movement has always fascinated scholars and researchers alike. The Naxalite movement, that began in the 1960s under the charismatic Charu Majumdar, has been marred by internecine conflicts and fratricidal killings over a period of thirty years, with some groups integrating themselves into political mainstream while others disintegrating further, eventually forcing them to become a unified entity under the banner of Communist Party of India (Maoist) or CPI (M) in 2004.1

However, this unified entity has been again mired in splits, especially in Jharkhand. The mutations among the Maoists which is a recent phenomenon, has seldom been studied. Most of the current literature on the contemporary Maoist movement in India has been focussed on state-wise Maoist activities.2 While a body of current literature by some experts,3 has focussed more on the strategies and tactics used by the Maoists. Others have focussed on the counter measures to negate them.4

The initial chrysalis and further growth of the Naxalite movement can be segmented into three distinct phases of splits and disintegration, followed by two stages of consolidation and unification which have been listed below.5

The seeds of the current Maoist movement were sowed by its predecessor known as “Naxalbari movement.” This was when Naxalism took shape in a village called Naxalbari in West Bengal. This movement was characterised by a collective farmers’ uprising against oppressive landlords. This popular uprising led to the formation of All India Coordination Committee of Communist Revolutionaries (AICCCR) in 1968. The principle tenets of this group were boycotting elections and waging armed struggle.

However, differences cropped up within this group concerning the concept of “annihilating of class enemies.” One group led by Kanhai Chatterjee believed that the annihilation process should be preceded by a mass agitation stage, while the majority of others in AICCCR preferred an armed revolution without mass support. This was the first fissure in the movement, and it led to the formation of Communist Party of India (Marxist-Leninist) or CPI (ML) in May 1969, which elected Charu Majumdar as its General Secretary in 1970.

The other group, headed by Kanhai Chatterjee, started Dakshin Desh or the Maoist Communist Centre (MCC) in 1975. During this period, CPI (ML) assumed a pan-India presence which was only ephemeral. A government crackdown along with the death of Charu Majumdar in 1972 led to the disintegration of the CPI (ML).

This stage witnessed the creation of new entities and further splits within the Maoists. A group led by Jauhar, alias Subrata Dutt, formed the CPI (ML) Liberation in 1974, which was termed as a “course correction.” This organisation stressed on mass agitations by agrarian proletariat to encompass Marxism, Leninism and Maoism locally along with armed struggle. Organisational re-structuring and expansion began to take shape during this phase. CPI (ML) Liberation spread to Andhra Pradesh, Kerala and Bihar. However, ideological differences led to further splits in this group, forming CPI (ML) (unity organisation) headed by N Prasad and CPI (ML) Peoples War Group (PWG) led by Kondapalli Seetharamiah in 1980.

The third stage is characterised by further splits due to rectification campaigns undertaken to correct past errors. Most significant among these was the embracing of mainstream politics by CPI (ML) Liberation in 1982, which registered its first electoral victory in 1989 from Arrah constituency, Bihar. This reflects a clear shift from their earlier stand against the electoral process. This created deep schisms inside CPI (ML) Liberation. During this period, the first signs of the unification process started to appear, though it was still in its infancy. An organisation known as the CPI (ML) Party Unity (PU) came into existence as the result of a merger between CPI (ML) (unity organisation) and the remnants of Charu Majumdar’s CPI (ML).

At the end of this period, the Naxalite (Maoist) movement was spearheaded by three different organisations in India. While the PWG focused on Andhra Pradesh, the CPI (ML) PU focused its activities on Bihar. However, these organisations strived to gain footholds in other regions, which forced them to reconsider bringing all the groups under a single umbrella. It was estimated that there were around 30 smaller communist groups in existence during that time.

The first phase of the unification process began in the late 1990s. Although this process was initiated as early as in 1993 between CPI (ML) PW and CPI (ML) PU, ideological differences between the two groups served to delay the process. This unified party was known as CPI (M-L) PW. Post-merger, this movement operated with its combined strength in Andhra Pradesh, Bihar and in Central India.

Second Phase of Unification (2000- till date)

The second phase was marked by the formation of CPI (Maoists) [CPI (M)] (henceforth referred to as Maoists) in 2004 by merging the MCC and the CPI (ML) PW. The formation was based on ideologies propagated by Marxists, Leninists and Maoists. This unified entity was against feudalism, imperialism and capitalism. Rejecting the earlier principle of following agrarian revolution alone, the new outfit advocated a mass revolution by the proletariat, farmers, tribals, adivasis and the backward communities in India. The most important objective of the CPI (M) was to seize political power through a protracted people’s war.

The TPC and PLFI have a hardened anti-Maoist agenda…

Firstly, this movement is certainly due to the depletion of its resources, which forced them to migrate to areas with high potential for contributing to their cause, in terms of men and money. Secondly, lack of law enforcement mechanisms in these new states also suited the Maoists. However, the Maoists movement in Jharkhand, though initially buoyant was later riddled with splits since early 2000s, leading to the emergence of progenies which started to upstage the Maoists as they grew.

The most prominent among the above Maoists progenies are the PLFI and the TPC.7 Both these have been very active in Jharkhand, acting against their parent entity as well as each other. This has led to spiralling violence levels and chaos in Jharkhand. The organisational profiles of TPC and PLFI have been briefly discussed below.

The TPC was formed in 2002 from MCC which later merged with CPI (ML) PW in 2004. The TPC was primarily borne out of differences among Maoists members on caste lines. Members from Bhokta, Mahto, Kherwar, Turi, Badai, Oraon, and Ghanju castes rebelled against the dominance and interference of Yadavs in the decision making process of the Maoists in Jharkhand.8

According to South Asia Terrorism Portal (SATP), the TPC which initially had its stronghold in Latehar, Chatra and Palamu districts of Jharkhand gradually expanded its control in other districts of Jharkhand namely Ramgarh, West Singhbhum, Lohardagga, Simdega as well as in Gaya and Aurangabad districts in Bihar. It has presence in neighbouring West Bengal in Kolkata, Howrah and Hooghly districts. The arrest of district in-charge Rabindranath Dasgupta of TPC Kolkata, Howrah and Hooghly from Changrabandha in Mekhliganj of Cooch Behar district in West Bengal stands testimony to its presence.

It is presently headed by Brajesh Ghanju. The TPC’s organisational structure is highly hierarchical and mimics the Maoists with Zonal commands, Sub-Zonal commands and District commands at the lower end. Many open source reports estimate the current strength to be somewhere at 500 to 1500 including its ancillary members.9 Its primary source of finance is extortion and taxation from miners, contractors with an estimated annual collection of Rs 15 crore.10

Unlike the TPC, the PLFI is not a direct descendant of the Maoists. The foundation of the PLFI was laid by sibling criminals, Suresh Gope and Dinesh Gope. Suresh was killed in a shootout with the Jharkhand police during an extortion drive in 2003. However, his brother who managed to survive, wrested control of the group and named it Jharkhand Liberation Tigers (JLT) and expanded its operations, winning considerable support from the tribal populace.

However, this group was re-positioned as a Maoist splinter group after a renegade Maoist Masi Charan Purty with his followers joined the JLT, later renamed as PLFI to give a revolutionary colour to the group. Purty reorganised the PLFI on the lines of the Maoists in terms of the organisational structure. Though Purty was arrested shortly, Dinesh Gope went on to expand the network into a formidable one.

The PLFI has been wreaking havoc in Jharkhand’s Ranchi, Khunti, Simdega, Gumla, Latehar, Chatra and Palamu, although the group claims to have extended its activities and influence all over the State.11 The PLFI has its presence in some parts of Odisha and Chhattisgarh as well. The PLFI is structurally similar to the TPC with Zonal, Sub-Zonal commands and down to District commands. A 2013 survey by the Jharkhand police estimated the PLFI present strength across Jharkhand at 264 – 82 (Ranchi), 55 (Khunti), 44 (Simdega), 44 (Chatra), 17 (Gumla), 14 (Palamu), 5 (Lohardaga) and 3 (Latehar) districts.12 Though, the strength mentioned above may not appear formidable, the fact that it has managed to make an impact with such a skeletal structure, reveals that they have been intentionally ignored by the police authorities, in order to nullify the Maoists.