Specter of ISIS over South Asia 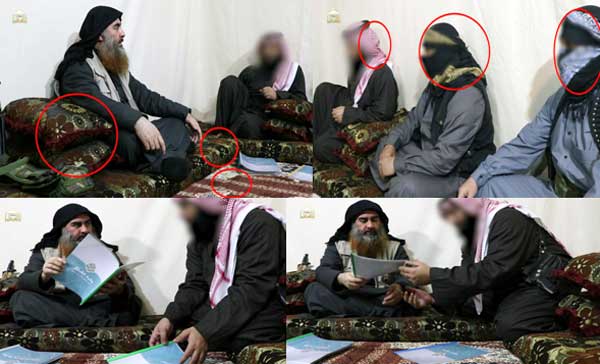 A news report titled “Intelligence officials fear more Sri Lanka-style ‘terrorist spectaculars’ as Isil look to tourist destinations’ in ‘The Telegraph’ dated April 27, 2019, has quoted British intelligence officials in saying that terror masterminds have been freed up to carry out more Sri Lanka style attacks on tourists because  they are no longer preoccupied with running the Islamic State.

According to them, the most attractive for terrorists today are India, the Maldives, as well as resorts in East African countries – Kenya and Tanzania.  The article goes on to say, “It is regrettable, but we expect that in the near future attempts of such attacks will become more frequent”. Ayman Jawad al-Tamimi, researcher on IS warns, “Sri Lanka is not an accident, but rather an opportunity test”.

The bit about ‘terror masterminds no longer preoccupied with running the Islamic State’ is wrong on two counts; first, the terror masterminds mentioned are of ISIS itself, and; second, loss of territory in Iraq-Syria by no means implies that the ISIS is dead or crushed. Intelligence reports of just year and a half back had indicated that ISIS cadres having swelled up enormously, fresh volunteers after training were being directed to respective countries as ‘sleepers’ till called upon to act. This was established through interrogation of individuals returned from Iraq-Syria in different countries. But there never was a letup on recruitment and motivation through the internet, social media and word of mouth.

Presently, ISIS attacks are continuing in Iraq. Besides, where is the question of ISIS having been decimated with hundreds of ISIS cadres fanned out and some 40 terrorist outfits around the world having declared allegiance to ISIS?

Two days after the above news in ‘The Telegraph’, ISIS released a video on April 29, titled ‘In the Hospitality of the Emir of the Believers’. It featured Abu Bakr Al-Baghdadi, chief of ISIS, addressing three others, whose faces had been blurred. Sitting comfortably on carpets, Baghdadi accepted new pledges of support from terrorist groups in Burkina Faso and Mali. He praised the Easter bombings in Sri Lanka and also talked about fall of regimes in Sudan and Algeria. ISIS had claimed responsibility for the Sri Lanka bombings. Baghouz in Syria was supposedly the last stronghold of ISIS in Syria but it does not mean that Baghdadi has left Iraq-Syria.

The video was shot most likely in Syria itself, probably in the Anbar desert region; in a hideout or ‘safe house’ supported by those who are supporting the ISIS.

Baghdadi can be expected to continue terrorizing Iraq-Syria directly or through ISIS affiliates, including attacking Kurds. It is through affiliates that ISIS recently captured Al-Kawm town in Homs Province of central Syria north of al-Sukhnah and south of Raqqa for the first time in two years. It was through an affiliate that ISIS executed the Surabaya Bombings of three churches in Indonesia on May 13, 2018.

Similarly, the recent Sri Lanka bombings were executed through the National Thowheeth Jama’ath (NTJ). ISIS and its affiliates, have considerable presence in Africa, Middle East, Afghanistan, South East Asia and Central Asia. India denies presence of ISIS but volunteers have been travelling to Iraq-Syria directly, through Pakistan or Gulf-Turkey to join ISIS.

ISIS presence in Bangladesh has been established in the past. Large numbers of volunteers have been joining ISIS from Maldives. But the cake is taken by Pakistan; not only have Pakistan-based terrorist organizations been fighting alongside ISIS and Al Qaeda, but the ISI has been assisting ISIS attacks in Afghanistan and directing terror activities against India though its High Commission in Colombo, Sri Lanka.

The Islamic State of Khorasan (ISKP) was organized by Pakistan’s ISI in area of Peshawar and pushed west into Nangarhar Province of Afghanistan. Afghan’s often refer to the ISKP Brigade as the ISI Brigade.

It is on record that Indian intelligence alerted Sri Lankan police and security agencies on April 4, 10, 16, 20 and two hours before the multiple bombings on April 21, the last with the names of three churches under imminent bombing threat. Now Lieutenant General Mahesh Senanayke, Sri Lanka’s Army Chief has told BBC that some of the people who carried out the April 21 serial bombings in his country had travelled to regions such as Kashmir and Kerala in India to possibly be part of terrorism training activities. Senanayke said, “They had gone to India, travelling to Bangalore, Kashmir and Kerala state according to information available with us.”

What is the truth in Senanayke’s statement is not known but only seven bombers were involved in the Easter Sunday bombings in Sri Lanka. So when Senanayke alleges “some” of them travelled to India, it could imply just two-three. Clandestine movement of such small numbers under pseudo identities is possible, as also terror training. After all, Indian intelligence had no prior inkling of the training, rehearsals and movement of explosives with respect to the  Pulwama car bombing on February 14, 2019.

On the other hand, Senanayke could have so alleged to divert attention from Pakistan; Pakistan having helped Sri Lanka in decimating the LTTE. But  Pakistan’s ISI connection with ISIS also qualify it to provide training and  support to the bombers since Pakistan’s credentials in ‘hunting with the hounds while running with the hare’ are well established. Sri Lanka looked the other way as ISI officials posted at Pakistani High Commission in Colombo,continued with anti-India activities through Tami Muslims in northern Sri Lanka. ISI had also organized mines and IED training for a core group of Indian Maoists through the LTTE, at a time when LTTE was still strong.

But the abovementioned warnings by British intelligence officials need to be taken seriously; most attractive for terrorists today are India, the Maldives, as well as resorts in East African countries. Footprints of ISIS, Al Qaeda and LeT in Maldives exist. The large number of foreigners in Maldives, both employed and tourists, lend themselves for terrorist mischief. The proximity of Maldives to South India has implications for India. The armed cadres of Kerala headquartered Popular Front of India (PFI) was courtesy Al Qaeda and LeT investments in Kerala since early 2000s or even earlier, which was reported in media from time to time.

Finally, it is the Indian Ocean Region, part of Indo-Pacific, which is likely to witness increased instability because of geopolitical power play between global powers, both on water and land. Island nations like Seychelles too need to remain vigilant, especially with Seychelles going in for elections next year. The region will remain attractive for terrorist organizations like the ISIS for multiple reasons.

One thought on “Specter of ISIS over South Asia”