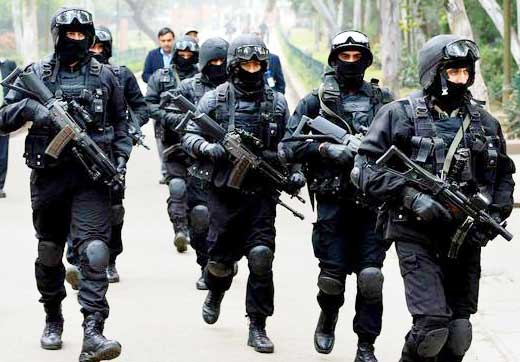 The government-appointed Naresh Chandra Committee on national security  submitted its report to the government on August 8, 2012.  Amidst numerous recommendation of the Committee, one was establishment of a Special Operations Command. In the backdrop of India  combating proxy wars for over past three decades, it was obvious that any change in Pakistan’s state policy of terrorism was unlikely to happen, despite numerous attempts and overtures by India to improve ties.

With the ongoing irregular war, the necessity of a Special Operations Command was obvious to transport this war into enemy territory. Considering that both China and Pakistan possessed advance sub conventional capabilities, which puts India at adverse strategic asymmetry, a Special Operations Command should have been in place two decades earlier. But solace drawn from the Naresh Chandra Committee recommending such an organization was that at least the ‘elephant’ had moved.

Aside from a Special Operations Command, the Naresh Chandra Committee had also recommended setting up of a Cyber Command and an Aerospace Command. Field Marshal Sam Manekshaw had once joked about bureaucrats finding it difficult to distinguish between a guerrilla and a gorilla.

That was in lighter vein but consider the official query by MoD in late 1980s why SAM-6 air defence system was being displayed at the defence exhibition, why not SAM-7 which obviously was much more advanced than the SAM-6? When the concerned bureaucrat was explained that the SAM-7 is shoulder fired and much smaller, he could only shrug sheepishly.

Then there was the money surrendered in the Sixth Army Plan to equip three parachute commando and three parachute battalions with state-of-the-art assault rifles despite comprehensive trials conducted by the Army in three phases of 17 state-of-the-art assault rifles imported by the MoD. One fine morning a particular MoD bureaucrat read about the AK-74 and unleashed the red tape that stymied importing these rifles. Ultimately, these 17 weapons were handed over to the Ordnance Factory Board, which played with them for 15 years to produce the 5.56 INSAS rifles.

In the instant case of SOD, the Naresh Chandra Committee recommending three new commands. , the nomenclature ‘Command’ must have put the bureaucrats in MoD in a spin; not comprehending the it was a representational nomenclature. But to the bureaucracy, ‘Command’ must have been alarming, giving visions of something as big as Army’s Eastern or Southern Commands. So after war-gaming it amongst themselves for a few years, it was slipped in through the media that these new organizations will not be “Commands” but “Divisions”.

Subsequently, at the two day Unified Commanders’ Conference held on July 10-11, 2017, Defence Secretary Sanjay Mitra apprised the audience that the Defence Cyber & Space Agencies and Special Operations Division (SOD) will soon become a reality. As per media reports, the special operations division was to collate the three special operations forces of the Army, Navy and IAF, with their operations in support of offensive / or defensive operations.

In January 2018, media broke news that: India will soon have an elite unit of commandos drawn from the three Services to conduct special missions of strategic interest to the country; named Armed Forces Special Operations Division (SOD), the unit will be on the line of the US Special Operations Command (SOCOM), which was responsible for taking out Osama Bin Laden; SOD will start functioning from November 01, 2019; SOD, having 3,000 commandos, will be headed by a Major General and will function under HQ Integrated Defence Staff (IDS). This, obviously portrayed that SOD will bridge the strategic asymmetry vis-à-vis China and Pakistan, in the short term. This is good for publicity but also achievable provided there is national will to do so. However, the issue needs closer examination.

How does national will get translated to action when a decision is taken? For example, the Japanese Ambassador to India addressed students of Defence Services Staff College in 1979 and narrated an interesting episode. Japan at one time was nowhere in computers. So the government called the corporates, scientists, academia and said, here is the infrastructure, the resources and funds, let us know what more you need but we want to come at par with America in field of computers in next five years. Japan achieved the objective within three years.

Compare this with Indian government’s resolve to set up the SOD in backdrop of riding the election wave on ‘surgical strikes’ undertaken by our Special Forces, celebrating the ‘second’ anniversary of ‘surgical strikes missing out the first anniversary, declaration of ‘surgical strike day, write ups, books, documentaries, and capping it with the Bollywood movie ‘Uri’; no effort spared in over politicization of the issue.

It is quite understandable that SOD cannot come up overnight. But going by the above Japanese example, much more could have been done to set up SOD than the type of beginning it is being given. As per reports, the overall force is commence with one battalion worth of commandos of Army, Navy and Air Force and setting up the Divisional Headquarters. The latter is planned to be raised not in the Capital but elsewhere, which itself will stymie it from day one.

Starting from a scratch, the Divisional Commander will need to liaise with HQ IDS on daily basis for formulating various policies relating to employment, manpower, training, equipment, plus selection, prioritizing and training for missions. Is placing it away from HQ IDS by design? There should hardly be any problem in finding space for the Divisional HQ in New Delhi, especially with the HQ Rashtriya Rifles (RR) and Directorate General of Military Training (DGMT) moving out to J&K and under Army Training Command (ARTRAC) respectively.

As for the battalion worth of commandos, they are to continue staying ‘wherever they are’, which implies no integration, and similar to how HQ IDS presently plans out of area contingencies (OOAC). This is no way to begin the SOD. It is also understood that the Navy and Air Force are agreeable to contribute only officers for SOD, not other manpower.

There appears no plan for an intelligence cell, ‘dedicated’ insertion and extraction resources (helicopters, aircraft etc), support group, logistics group, cyber cell, training cell, R&D group, interface with R&AW, NTRO, IB, and with Special Forces Training School (SFTS) and the like. We may propagate that India is raising SOD on the lines of US SOCOM but there is little understanding that aircraft and helicopters integral to SOCOM are specially modified for special operations forces.

The permanent location (Key Location Plan) of SOD is not earmarked and perhaps would be dependent on political considerations or if a Governor or Chief Minister offers land for SOD because it furthers his / her own interests. After all the land for Special Forces Training School was offered at Bilaspur in Chhattisgarh by the State Government almost two decades back, but the promised land could not acquired by the State. And so nothing has moved. Same will be the state with respect to the SOD.

With the type of lame duck beginning given to SOD, terming it a ‘Division’ itself is a joke – but would even calling it a ‘Brigade’ be appropriate? Given the number of Special Forces units Army has, more units could have gone to SOD. Similarly, the Navy and Air Force should have been ‘ordered’ to provide specified number of ‘all ranks’, Tasking of SOD perhaps is not visualized beyond retaliatory  ‘surgical strike’ type of cross-border actions as done in September 2016, even as Finance Minister Arun Jaitley thumps the table now to say India already has the capability of undertaking the Seal Team Six type of operation that took out Osama bin-Laden.

Continuous employment of SOD in areas of our strategic interests is obviously not to the liking of the political hierarchy and the NSA, what to talk of the MoD because it does not meet short-term political aims. Little wonder then that General Raymond Thomas, Commander SOCOM, who visited India this month (March 2019) and offered help in establishing SOD was given the thumbs down. But public should expect media reports by end of this year that SOD is operational and awaiting the green signals.

Ironically, behind all the façade looms the latent fear; as enumerated by an insider amongst policy makers to a senior veteran, “Tumko pura SOD de diya toh tum to coup kar doge” (if you are given full SOD, you will engineer a coup). Hence the throttling of SOD before it is born and NSA-FM-RM working full time to do down the military, keep them away and below central armed police forces to the best of their abilities.