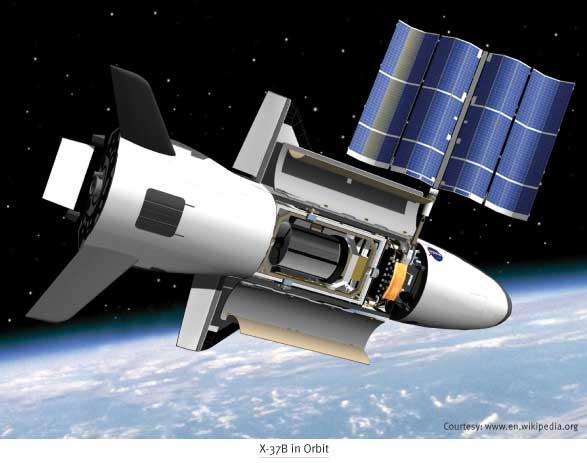 India needs early warning satellites to monitor ICBM launches and even tactical airspace as an important military asset. Ground/space-based lasers are needed to disable enemy satellites or destroy/degrade attacking ICBM as part of ASAT capability. There is also the need to develop Directed Energy Weapons. India needs a permanent space station. The establishment of tri-services Space Command should not be deferred any further. The space-based systems have enabled dramatic improvement in military and intelligence operations thus enhancing its capability, accuracy and firepower. In the not-so-distant future, wars will again be fought as in the Indian epics. Space is the future for all action and capabilities, the real force multiplier. Time to invest and prepare is now.

Space is the universe starting about 100 km above the Earth where its atmosphere thins down considerably. Aerospace encompasses the Earth’s atmosphere and the space above it. The two separate entities are considered as a single domain for activities of launching, guidance and control of vehicles that travel through both. Ancient India was known to be an aerospace power. Space wars are very explicitly described in ancient Indian manuscripts. The design of modern spacecraft has a lot in common with the ‘Vimana’, or ancient Indian aerospace craft. Similarly, the details of very powerful space weapons such as the ‘Brahmadanda’ of Lord Brahma and the ‘Vajra’ of Indra, the God of Weather and wars are well documented.

Designer Werner von Braun’s ethanol-fuelled rocket A4 launched on October 03, 1942, became the first man-made object to enter space. The 1960s saw humans leap beyond the Earth’s atmosphere. By the late 1960s, the Soviet Union and USA had both deployed military satellites for communications, imaging, reconnaissance and ballistic weapons. Ballistic missile transit through space was tested and soon became a capability with several nations. The ultimate desire of a space power is to dominate the use of space and have space-based systems that allow destruction of enemy targets in space and on Earth and deny the enemy full access to space including preventing the enemy from launching satellites and destroying or degrading enemy satellites in space.

The term ‘Space War’ however is restricted to where the target is in space and is attacked from space or from the ground. While weapons are still to be positioned in space, scientific research is in advanced stage to act as an enabler. Space is thus going to be the force multiplier for military operations.

The US and the USSR began developing anti-satellite weapons in the early 1960s. They were in the form of directed energy lasers to decapitate, kamikaze satellites for hard-kill and possible orbital nuclear weapons. The very long range Inter-Continental Ballistic Missiles (ICBM) spent significant time in sub-orbital flight and was best intercepted in space. The initial US ‘Nike-Zeus’ programme envisaged firing Nike nuclear missiles against incoming ICBMs. Project ‘Defender’ was to destroy Soviet ICBMs at launch with satellite weapon platforms that were to orbit over Russia. Both programmes were abandoned later.

The end of the Cold War saw new players such as China, Japan, the European Union and India create their own space systems.

The ‘Sentinel’ and ‘Safeguard’ programmes were designed to use Anti-Ballistic Missiles (ABM) to shoot down incoming ICBMs. The initial plan was to use a nuclear-tipped interceptor missile, but as accuracy improved, hit-to-kill ABMs evolved. In 1983, US President Reagan proposed a space-based Strategic Defence Initiative (SDI) to protect the US from attack by strategic nuclear missiles.

In the 1960s, the Soviets developed a ‘co-orbital’ system that would approach the space target using radar guidance and then explode its shrapnel warhead close enough to kill it. The Soviets evolved a low Earth orbit Fractional Orbital Bombardment System (FOBS) for Earth targets. It would de-orbit for the attack. The SALT II agreement of 1979 prohibited the deployment of FOBS systems. The Polyus orbital weapons system was an anti-satellite weapon with nuclear space mines and a self-defence canon. The Soviets also considered the space shuttle as a single-orbit weapon that could manoeuvre to avoid existing anti-ballistic missile sites and then bomb the target and land. The Soviets also experimented with large, ground-based Anti-Satellite (ASAT) lasers with a number of US spy-satellites reportedly being temporarily ‘blinded’.

The Soviets also used a modified MiG-31 as an ASAT launch platform. The end of the Cold War saw new players such as China, Japan, the European Union and India create their own space systems. Spy satellites continue to perform C4ISR missions and are also used to provide early warnings of missile launches, locate nuclear detonations and detect preparations for otherwise clandestine or surprise nuclear tests. In Operation Desert Storm, early warning satellites were used to detect tactical missile launches.

Global Positioning Systems (GPS) are an important military application in space. US GPS, Russian GLONASS, European Galileo, Chinese Beidou and Indian Regional Navigational Satellite System named ‘Navic’ are some such examples. India’s is a regional system with seven satellites already in position and should be operational by the end of 2017. All others are global initiatives with between 24 to 36 satellites. They allow precise own location and provide very highly accurate time reference. The GPS system is in operation since February 1989. It also facilitates accurate targeting by smart bombs and cruise missiles. The military doctrine of network-centric warfare also relies heavily on the use of high speed satellite-enabled communications to improve real-time situational awareness. Satellite imagery of enemy position with accurate coordinates of targets can be transferred to bombers and cruise missiles through the military internet connected through satellite communications. Modern military forces including that of India have such secure information grids.

Another area of research was into Directed Energy Weapons, including a nuclear-explosion powered X-ray laser.

Space weapons can be categorised as those that attack targets in space (anti-satellite) or attack targets on ground from space or attack targets transiting through space (anti-ballistic missile). The Russian space station Salyut-3 was fitted with a 23mm cannon which was successfully test-fired at target satellites. In the 1960s, the US had envisaged a possible airbase on the Moon manned by 21 airmen as part of Project Lunex that was never executed. It is technically possible to position conventional or nuclear missiled in space that could reach targets on the ground. However, these would be expensive and difficult to maintain. Also, carrying heavy missiles would be a logistical nightmare and have only small advantage of saving time vis-a-vis aircraft and submarine-launched weapons. Even for the advantage of guaranteed second nuclear strike capability, it would not be worth the complications. The initial US plan which was later called off, was for a space-based constellation of 40 platforms deploying up to 1,500 kinetic interceptors. Under President Putin, research on ASAT weapons has reportedly been resumed to counter the renewed US strategic defence efforts post the ABM Treaty. The US also continues working on a number of programmes which could be the basis for a space-based ASAT. International space treaties regulate positioning of weapons or conflicts in space. To date, there have been no human casualties resulting from conflict in space nor has any ground target been successfully neutralised from space.

Use of high altitude nuclear explosions to destroy satellites through damage caused by Electro-magnetic Pulse (EMP) on electronic equipment was considered. During tests in 1962, the EMP from a 1.4 mt warhead detonated over the Pacific damaged three satellites and also disrupted power transmission and communications across the Pacific. Another area of research was into Directed Energy Weapons, including a nuclear-explosion powered X-ray laser. AGM-69 SRAM carried on a modified F-15 Eagle was successfully tested in September 1985 targeting a satellite orbiting at 555 km.

In February 2008, the US Navy fired a standard ABM to act as an ASAT weapon to destroy an ageing hydrazine-laden US satellite. Russia has reportedly restarted development of a prototype laser system ‘Sokol Exhelon’. Israel’s Arrow-3 (Hetz 3) anti-ballistic missile with exo-atmospheric interception capability, is in an advanced stage of development. In January 2007, China successfully destroyed a defunct Chinese weather satellite in polar orbit at an altitude of 865 km using a kinetic warhead of SC-19 ASAT missile. The warhead destroyed the satellite in a head-on collision at an extremely high relative velocity. 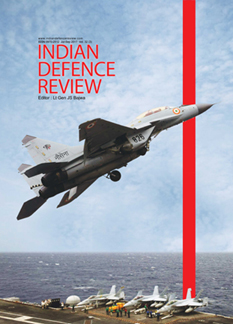 In May 2013, the Chinese government announced the launch of a suborbital rocket carrying a scientific payload to study the upper ionosphere. The US government see it as the first test of a new ground-based ASAT system. The NASA space plane X-37, now with the US Department of Defense is akin to a space version of Uninhabited Aerial Vehicle and its employability is evolving. Currently, the US has a space strategy to focus on prevention of nuclear blackmail by major players or rouge states. The US National Missile Defense (NMD) programme has no weapon stations in space, but is designed to intercept incoming warheads at very high altitudes with both land and sea-based missiles.