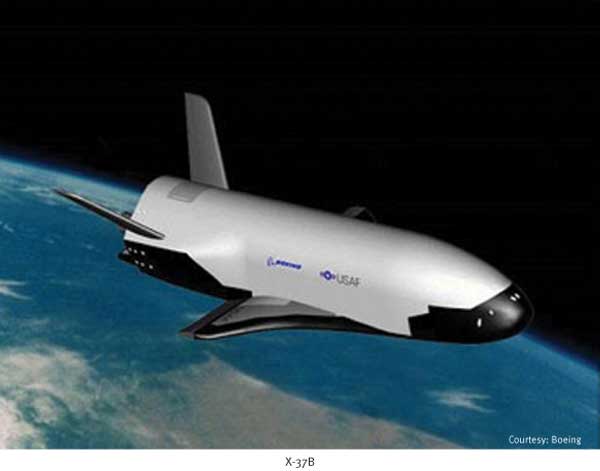 History is witness to the fact that nations that have controlled the seas have ruled the world. With the passage of time, the ability to dominate the world progressively shifted into the hands of nations that acquired highly developed capabilities in military aviation with which they were able to establish mastery of the air. Indications are that in the future, those nations which would be able to extend their control over the regime of space will, in the final analysis, be the ones to control the earth.

It is not surprising therefore that leading space faring nations of today are engaged in a determined struggle to develop capabilities to push military weapons into space not only to safeguard their commercial assets orbiting the earth but also to develop the capability to influence or even directly control warfare in space, on land, sea or in the air.

It is therefore only a matter of time before the evolving doctrines of warfare will envelope space as a new dimension and seek to achieve synergy between military operations in space and those conducted closer to the earth’s surface. One of the new paradigms of warfare would be to significantly enhance the capabilities of conventional forces through the “Force Multiplier” effect with the use of space based weapons. This will undoubtedly further inspire the development of the newer, advanced and more lethal technologies thereby driving the world into an arms race qualitatively different from the variety witnessed in the twentieth century.

As agreements and treaties are generally feeble of fragile, the attendant risk of the breakout of war in space by default or design, could be real. In future wars, the capability to dominate and exploit the space regime could make the crucial difference between victory and defeat thus reorienting the focus of the development of new weapon systems hitherto unknown.

The race between the US and the Soviet Union to conquer space was triggered by the latter in 1957, with its launch of the Sputnik. This lasted at an intense pace till 1975, but this period was influenced by the Cold War and also witnessed a number of pioneering events including a landing on the moon. During the little over five decades that have gone by since the momentous event of 1957, the US, Russia, France, China, India, Germany and Japan have made rapid strides in developing space exploration capabilities.

Several smaller nations such as South Korea, Algeria, South Africa, Libya, Indonesia, Iran, Pakistan, North Korea are also believed to be in the process of acquiring or developing missile technologies, satellites and space launch capabilities purported to be for commercial exploitation of space. This list will only grow with the passage of time as the facility of commercial employment of space or scientific experimentation is freely available to all.

Ostensibly for civilian use, the technology associated with exploration of space in the pursuit of commercial interests, is quite easily adaptable for military use. Hence the dividing line between civilian and military application of assets for the exploitation of space, is usually blurred. Space thus could quite easily get militarised or weaponised unobtrusively and the possibility, that the new players emerging on the scene in the near future could well pose a serious threat to the leading space faring nations of today, can become a reality.

…it is believed that some US intelligence satellites transiting over Chinese territory were targeted by high powered ground-based laser weapons believed to be located in China.

Thus, space would undoubtedly emerge as the military high ground in the future.

The range of capabilities that a nation aspiring to be a credible space military power would need to develop is quite similar to the pattern applicable to warfare on land, sea or in the air. Firstly, the aspect of “Space Denial” which implies that a nation must have the capability through direct action by space based or even ground, sea or aircraft based weapon systems to prevent the adversary actual or potential, from using the medium of space for military purposes thus denying him the advantage of force multipliers and military high ground while simultaneously ensuring freedom of action by friendly elements in space.

Space weapons of the enemy would include any platform or system for ultimate military use such as long range ballistic missiles, satellites and their launch vehicles or reusable space vehicles. Secondly, there must be the ability to destroy using space-based weapons, enemy targets of concern already deployed and operational in space such as satellites or installations on the surface of the earth or any weapons system such as beam weapons that could be deployed in the future in space or on any other heavenly body. Thirdly, the nation must have the capability to secure its assets in space through capable “Space Defence” somewhat akin to the concept of Air Defence of earth-based assets.

Space warfare capabilities are applicable across the range of conflict scenarios both at the strategic and tactical levels, serving most effectively as “deterrence” or to bring about a speedy conclusion to a ground war. In the prevailing scenario, space based assets i.e. satellites for military use are employed for purposes of reconnaissance, surveillance, communications, navigation, monitoring of weather and a variety of alert warnings. Some of these activities such as reconnaissance and surveillance are carried out by satellites placed in Low Earth Orbits (LEO) that are polar, and are in the nature of intelligence gathering thereby enhancing the speed and accuracy of decision making at all levels of command. Development of anti-satellite weapon systems is likely to render satellites in LEO quite vulnerable. 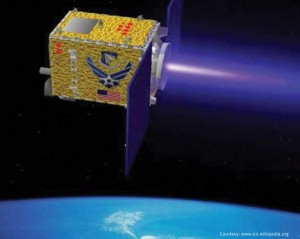 For a nation that places heavy reliance on space-based facilities for communications, loss of a few key satellites through destruction or blinding, could disrupt command and control leading to paralysis in the system and seriously undermining conventional military operations.

The concept of employment of combat aircraft is not a new one. As early as 1930, Germany had developed a design of a rocket powered sub-orbital bomber aircraft called the Silverbogel that never flew. After the war, a project in the US, based on the German design designated as X-20 Dyna Soar, was initiated but later cancelled. However, other programmes for space reusable vehicles or space planes followed. These were the X-40 A Space Manoeuvre Vehicle that flew in 1998, the X-34 that was cancelled due to high cost overruns and the X-43, NASA’s Research Vehicle. The most successful but expensive programme so far for reusable vehicle has been the US Space Shuttle programme of the seventies.

Essentially a Space Transportation System with no overt military agenda, the programme was marred by two major disasters with heavy loss of life. It is to be replaced by the Orion programme. The Russian equivalent was the Buran that flew in 1988. The programme was cancelled five years later due to financial stringency and in 2002, the vehicle was destroyed in a hangar collapse. There are no signs of revival of the project so far.

Earlier this year, the US launched its latest robotic space plane, the X-37B produced by Boeing Phantom Works. As the first actual unmanned combat aircraft in space, it is a forerunner of things to come. With the looks of a miniature Space Shuttle, the X-37B is a fully automated vehicle capable of loitering in space for up to nine months after launch and then re-enter the earth’s atmosphere for an automated landing on a runway. This aircraft will not only test and validate next generation reusable technologies for satellites but will also pave the way for further development of combat aircraft capable of operating in space. This machine signals a clear shift of emphasis from missiles to fixed wing platforms for space ventures.

In the beginning of this year, an Airborne Laser Test Bed carried onboard a modified Boeing 747 aircraft fired a megawatt-class Chemical Oxygen Iodine Laser Beam that successfully destroyed the target missile moving at over 5,000 km per hour. This was the first time ever that a missile in flight has been destroyed by laser. This weapon system would have the potential to target satellites in orbit as well. Unfortunately, success seems to have come a little too late as the programme, already buckling under the weight of cost overrun, is unlikely to be sustained to reach operational status. Robert Gates, the US Defence Secretary described the concept as “fatally flawed” although it was not clear why.

“…if we are to play a meaningful role nationally and in the comity of nations, we must be second to none in the application of advanced technologies” — Vikram Sarabhai 02 Feb 1968.

Research in the development of weapons systems to destroy satellites in space began in the 1950s and a variety of options such as blinding of satellites through nuclear explosion in space and nuclear powered X-Ray laser were examined. A number of missile-based projects were launched but with little success.

Development of an Anti Satellite (ASAT) missile system was on the backburner till 1982 when in response to reports of successful development of a similar weapons systems in the Soviet Union; the US developed the Vought ASM 135, an ASAT to be delivered by an F15 combat aircraft. With the maiden trial launch in 1984, the first successful firing culminating in intercept by the ASAT was recorded on September 13, 1985 against the Solwind P78-1, a defunct US satellite. In 1988, the ASAT programme was cancelled.

However, on February 14, 2008, ASAT capability of a somewhat lower level was demonstrated by the US Navy when it fired an SM 3 ABM weapon in the role of an ASAT and successfully destroyed a defunct American spy satellite 247 km above the surface of the earth. An SM 3 does not have the range to intercept satellites in Low Earth Orbit, which is much higher that the impact point in this case. But as the orbit of the satellite was decaying rapidly, it fell within range of the SM 3.

Research and Development activities in respect of ASAT programmes began to generally slow down in the US owing to deep cuts in expenditure. However, of late, it appears that a number of new programs such as the Experimental Spacecraft System or XSS 11 and the Space Based Interceptor (SBI), possibly related to space-based ASAT are underway.