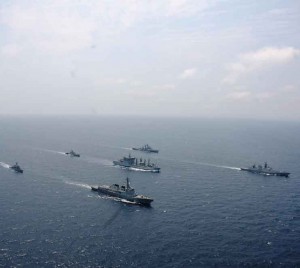 On May 10, 2022 the Republic of Korea elected Mr Yoon Suk-yeol as its 20thPresident. In his inaugural address President Yoon spoke of the relevance of liberal democratic values of society. He thought that it was important to look for the ‘like-minded’ countries to solve the challenges that democratic nations face. He believes that democracy, the proven political system that promises maximum freedom to people and is a dependable developmental formula is under the threat of dismantling by autocratic, theocratic and negative forces that are trying to form a nexus.

The Republic of Korea is already an ally of the US but in his address President Yoon said that his country needed to “align closely” with the US to maintain strategic stability in the Indo-Pacific Region (IPR). Isn’t this a clear indication that South Korea has lately become apprehensive of the naval hegemony of China and North Korea. President Yoon gives priority to the naval security of his country which cannot be outside the frame of Quad-4.

The Quad-4 members might like to widen the scope of the organisation by catering to the economic and financial areas of the member countries, but the original idea of Quad-4 floated by the late Japanese Premier Shinzo Abe essentially took into account the security aspect of the Indo-Pacific Region (IPR). Reassessing his country’s security concerns, President Yoon has come to the conclusion that it would be strongly in the interests of his country to forge closer ties with the US, which is leading other like-minded countries in the Indo-Pacific alliance or the Quad -4. By “closer ties”, the President means having a space in the Quad-4, and by “like-minded” he means the democratic countries that are functional in the IRPC.

President Yoon has thus clarified his foreign policy, which can be summed up as follows. To be closely associated with the security mechanism planned by the Quad-4 and also to develop closer trade relations not only with the US but also with the member countries of the Quad-4

India is a member of Quad -4. President Biden has recognized the importance of India to the Quad-4. It lies not only because India is the major country of the Indian Ocean Region, but also because India is a naval power in the region. Only weeks back India launched the INS Vikrant, its second aircraft carrier and has announced to build the third aircraft carrier which will be 75 per cent larger that INS Vikrant.

India cannot defer upgrading of and investing in her naval build up because her neighbouring adversary is now counted as the world’s super most naval power. Not only that, drawn by the penchant of China demonstrating its aggressive behaviour vis-à-vis smaller nations in the IPR, India has to gain strategic strength on the sea as well to neutralise Chinese recurring threats to smaller nations in the South China Sea or the Indian Ocean. Japan and Australia have already had a taste of such behaviour aberrations of China and South Korea could not escape the perilous scenario.

South Korea is not a member of the Quad -4 because the US has reservations in admitting her. There could be strategic reasons for the US to do so. But one surmise is that the US would not appreciate giving any reason for offence to the North Korean President at this point of time. Washington would like to handle North Korean President with kid gloves as her long term policy of rationalising relations with the Chinese strong pole in a strategically active region. However, the presumption is that engaging with the grouping through other mechanisms such as working groups or the “Quad plus” framework—would allow South Korea to expand its cooperation with India in new domains.

South Korea has good relation with India and there have been high level exchanges between the two governments. There is the likelihood of President Yoon utilising the goodwill broaches the subject with his Indian counterpart. In fact during a meeting with the Indian Ambassador, President Yoon desired for India’s support for South Korea’s partnership with the Quad and emphasized cooperating in new industries, such as advanced technologies and supply chains. Apart from cooperation through the aegis of Quad – 4, India and South Korea have good chances of enhancing their commercial relations to add to the South Korean claim for Quad-4 membership.

No doubt cooperation in defence sector has remained on the back burner as trade and commerce had got prioritized. While in President Yoon’s foreign policy, defence sector has to gain prominence in any case. A positive move in this direction was visible during PM Modi’s second stint in office. Some high level visits took place and some agreements were also signed. “The initial deployment of 100 K9-Vajra, a South Korean armoured system manufactured by Larsen and Toubro at the border with China, and a plan to place additional order is symbolic of close defence ties between the two countries” (India and South Korea), reported India News on October 2, 2021. The first 10 of these guns were imported from Hanwha Techwin of South Korea in semi knocked down state – or incompletely disassembled kit – and were assembled by L&T in India. The French firm Naval Group withdrew from the P-75I project, and South Korean firm Daewoo remained the only one in the race for a 43,000 crore (approximately USD $5.5 Billion) project. Indian Defence Minister, Rajnath Singh’s visit to the Republic of Korea in 2019 opened the roadway to serious bilateral defence relations to build a roadmap for bilateral cooperation “in naval, land, and aero systems, Research and Development, and collaboration in testing, certification, and quality assurance.”

Indian Defence Minister’s visit to Seoul was followed by the visits of the Indian Army Chief General MM Naravane in 2020 and Indian Air Force Chief Air Chief Marshal VR Chaudhariin 2021. In his visit to India in 2021, the South Korean Defence Minister evinced keen interest in new defence domains including India’s “Make in India” and aatmanirbhar bharat policies that focus on domestic defence manufacturing. Republic of Korea envisages in cyber security, information technology, and threats to maritime security from terrorism, extremism, and radicalization; however, there are potentials for future growth.

With this prospectively significant and far-reaching cooperation in defence, technology, cyber security, IT, trade and commerce areas, it is obvious that India should also develop its sphere of influence in a positive manner. Indian policy planners will have to weigh the pros and cons of supporting or not supporting South Korea for participation as a full member of Quad -4. As an important regional power and actor in the broader security matrix of the IOR, India’s voice has much force. The Quad-4 has to listen to her too.