Soldierathon: Run for Our Soldiers 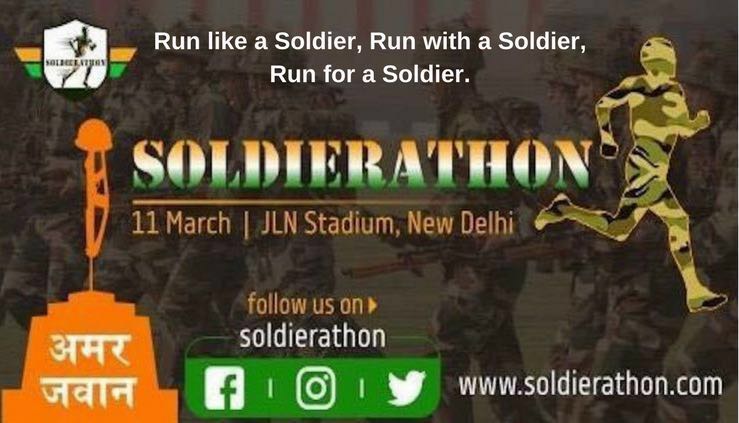 `Soldierathon`- the unique name &it’s posts on social media on the social media caught my attention last week. On checking, I found that it was an initiative taken by Maj (R) Surendra Poonia – my friend for 7 years. I met Sunny when I was working on an article on the President Bodyguards. He was posted as the Medical officer of the regiment. But the medals on his breast pocket and the Balidan Badge were saying a lot more about him. Major Poonia told me how an idea suggested by none other than the ex-president Dr. Kalam, became a reality in the form of Soldierathon.

During a regular visit to Dr. Kalam in 2013, he noticed that Maj Poonia was quiet sad. He asked for the reason of his sadness. There had been a terrorist attack in J&K that killed 6-7 soldiers and one of them very young, who had just become a father. Dr. Kalam took Maj Poonia for a walk and said `those who made supreme sacrifice in the line of duty have done their job to make this country and us more secure. Now everyone of us, as a common citizen, must do our bit to take care of martyr’s kin. We must ensure that they get proper health care and most importantly, their kids complete their education in their chosen area.` 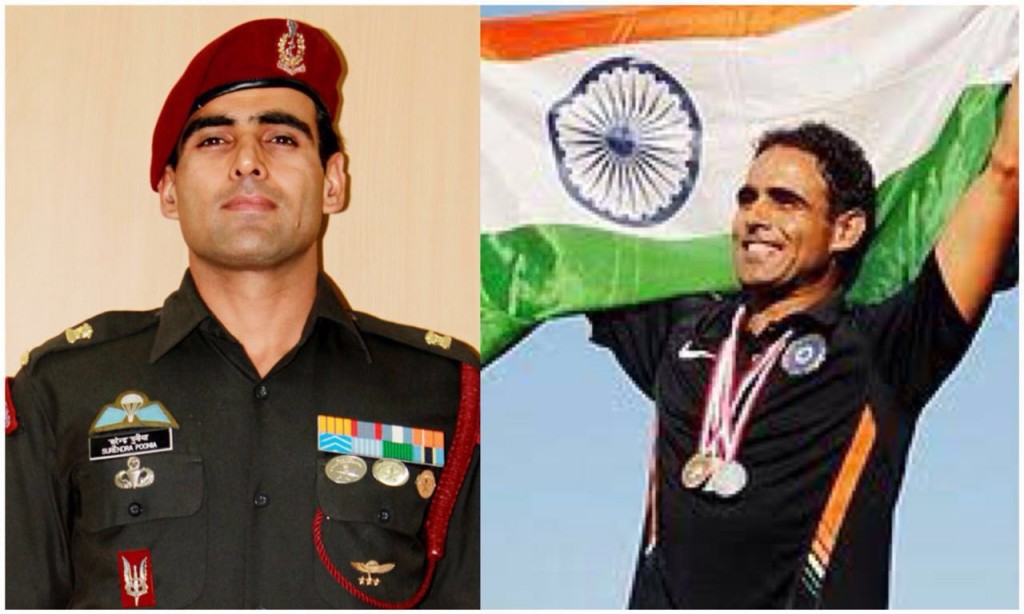 After a short pause, Dr. Kalam continued `While being a Special Forces operative, you have been a dedicated sportsman of international repute. Why don’t you organize a sporting event that can bring masses closer to the armed forces and contribute to this noble cause I just discussed? ` (ah, I forgot to mention that Maj (R) Poonia has represented India in five World Championships and won 27 medals including 10 Golds. A separate article is required to narrate how he achieved it on his own. Will share his story soon).

Poonia liked the idea and being an athlete himself, suggested to organize marathon and even proposed the name `Army Marathon`. Kalam liked the idea but not the name. He suggested Sunny to work on the plan and not to worry about the funds. He promised to extend maximum possible help. 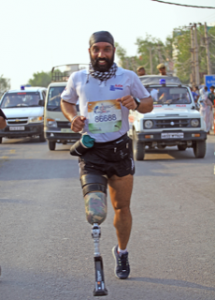 Poonia tried different names and somehow Solider Marathon -Soldierathon struck him. He immediately rang up Kalam’s Personal Secretory to fix an appointment. When he suggested the name to Dr. Kalam, his eye lit up instantly and suggested to plan the event. Thus started the herculean task for Major Poonia.

He started planning the event and raising funds. In a country where sports mean just cricket, raising funds for a marathon proved to be a major challenge. And then came a bigger shock. While Sunny was in Ireland participating in Word Medical games in July 2015, he lost his Guiding Star. Dr. Kalam left for heavenly abode on 27th July. 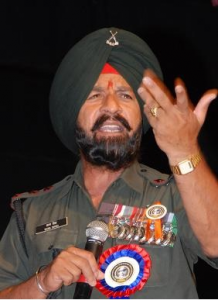 It had a great impact but being a soldier, Sunny did not give up. On coming back to India, Sunny worked even harder to make Soldierathon a reality. He studied different races organized in India and abroad, got information about the official procedures and met serving and retire officers, who promised all possible support. Few friends joined him and a small team started working. Blade runner Kargil War hero Major (R) DP Singh and Param Vir Chakra awardee Subedar Major (R) and Honorary Capt. Bana Singh agreed at once to participate. They became the first brand ambassadors of the race. Mrs India 2017 Capt. Shalini Singh Wife of Shaheed Major AS Bhadauria, Kirti Chakra became next brand ambassador. 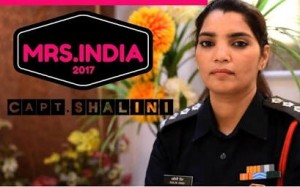 Maj (R) Poonia started alone and has come a long way but, despite the overwhelming support, he is far from achieving the target.

Team Soldierathon has decided to collect at least 3 Crore rupees and donate equal portions (i) for education of children martyrs (from Army, Air Force, Navy and para-military forces BSF, ITBP etc.), (ii) to Indian Army’s Artificial Limb Centre (ALC) at The Armed Forces Medical College, Pune and (iii) to Paraplegic Rehabilitation Centre, Kirkee, Pune. Sunny and his team has been running from pillar to pole to get donation but sadly, have been managed to arrange just 10% of the targeted amount. It is irony that in a country of 1.3 billion people and 3 Trillion-dollar economy, they are struggling to raise a token amount for this noble cause.

They are struggling but their moral is not down. As Major (R) Poonia said `We will put our 100% and make this happen. Failure is not an option because the cause is much-much bigger that you and I…….. We just can’t afford to fail. Because it will not be an individual’s failure but the failure of the idea, failure of the noble cause. I won’t let that happen`.

First Soldierathon is scheduled to take place on 11th March 2018 in New Delhi (venue- Jawahar Lal Nehru Stadium). Around 25000 runners are expected to run for our soldiers. Ask yourself a question – Will you run like a soldier, for a solider and with soldiers. That is the least we can do for our martyrs and their children.

They need your complete support to raise funds for this special race being organized in honour of the Soldiers.

Please visit the link below to donate/support this cause and do forward the same to your friends and family. No gift & donation is too small for a great cause like this. https://www.ketto.org/fundraiser/MajorSurendraPooniaVSMrunningforArtificiallimbscentreNjQzM

You can also visit the official website for more details http://www.soldierathon.com/

2 thoughts on “Soldierathon: Run for Our Soldiers”