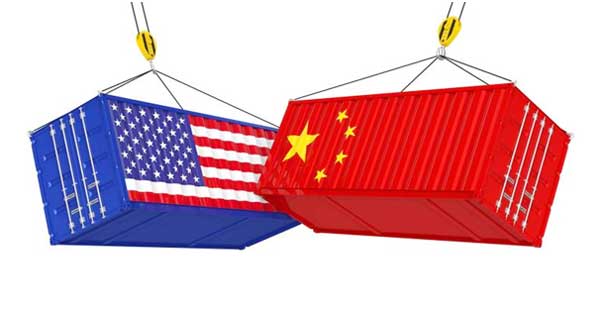 United States (US) administration under President Trump is now engaged in non-kinetic war with China not limited to trade alone. A salvo of charges against China was presented in unequivocal terms by Vice President Pence at the Hudson Institute (Washington D.C.) on 04 October, marking the US intention not to back down during the ongoing crisis which according to the US National Security Strategy (December, 2017) was the return of “new era of great power competition”.

Apart from charges of unfair trade practices, China is accused of religious intolerance, debt diplomacy, meddling with American democracy, creating an Orwellian system and the strategic intent to displace the US as a global leader. Unlike the previous US administration under President Clinton and Obama, this administration has adopted a new approach that reflects its origin in politics of fear and anxiety where hope is assumed to be absent. According to Vice President Pence, Previous administrations made strategic choices pertaining to China “in the hope that freedom in China would expand in all of its forms -– not just economically, but politically, with a newfound respect for classical liberal principles, private property, personal liberty, religious freedom — the entire family of human rights. But that hope has gone unfulfilled”[1].

In order to decipher US anxiety with respect to China’s rise requires an understanding of its particularity. Unlike the endogenous rise of nation-states in previous centuries, China’s rise is exogenous and hence non-containable by conventional methodologies- isolating China[2]. The ongoing attempts to do so despite pundits in both US and China having concluded the unfavorable consequences for US economy and the ability of China’s economy to remain unscathed – no one wins a trade war – is perhaps addressed within the context of politics of fear and anxiety[3].

Having lost hope in an expectation that China will sooner or later adhere to the neo-liberal political-economic principles as envisaged by US and western powers as a collective whole, the ongoing trade war is analogous to a desperate search for a containment policy which does not exist. The US is now questioning the rules of the game after the game has begun to play where China has mastered the game and in a position to defend its rule without meeting the expectations for which the game was designed in the first place. The US leadership believes that China owes its prosperity to its engagement with the US – “we rebuilt China” (President Trump)[4]. However, it is Germany not China that holds the highest trade deficits with the US – an ally[5].

Furthermore, the success of China and its status as a non-market economy provides no leverage to the US to initiate such containment policies that will ensure its global leadership as it loses its ability to control or influence China. The immediate cause for anxiety is stirred by “Made in China -2025” policy that seeks to dominate ninety percent of future advanced industries such as – semiconductors, advanced computing, artificial intelligence, cloud computing, 5G telecommunications, and software for cyber security and nano technology – upon which the future leadership of US rests[6].

Such is the fear regarding the future that causes political anxiety manifesting itself in the form of trade war but not limited to it and transgressing the politico-military environment as well. The US anxiety regarding its future leadership is further aggravated due to global acceptance of Chinese proposed global governance concepts such as “a community of shared future for all humankind” that was on 20 March 2017 incorporated into a U.N. Security Council (UNSC) resolution for the first time[7].

The rise of any non-western power dissimilar in its politico-economic institutions has always been a source of anxiety for the west as a collective whole. For example, the US has placed trade protectionism with Japan and South Korea as well but the intensity of its problem with China stands out. While Japan acquiesces, South Korea reciprocates; China retaliates owing to the differences in institutions[8]. It is these Chinese politico-economic institutions that are at the center of Sino-US trade war which resists a strict adherence to western style neo-liberal politico-economic model. Hence the objective of the ongoing non-kinetic war between US and China is targeted against the maximalist role of the Chinese state.

For example, according to Vice President Pence the key word being “Private Property” – where the idea of collective ownership of factors of production (Land, Labor, Capital, and Entrepreneurship) is seen in opposition to the principles of neo-liberalism. Within a western schema, the role of the state is limited to create and preserve an institutional framework appropriate to such practices – private property rights. This liquidates traditional forms of state sovereignty and maximizes the role of the market.

Neo-liberalism as a central guiding principle of economic thought and management is based on the debatable proposition that human well-being is best served by liberating individual entrepreneurial freedom and skills that bring all human action into the domain of market. This philosophy is operationalized within an institutional framework underpinned by strong private property rights, free market, and free trade guaranteed by state and its capacity for organized violence to defend such a framework[9].

Apart from the cost, this economic thought holds for sovereignty, it has profound consequences for human beings and their inter-relationship that is sought to be viewed as contractual and temporary. Low birth rates and higher divorce rates are but some of the negative social consequences of outright adherence to such a philosophy. At its root, the neo-liberal ideals of “freedom” as it originated in the western context was an outcome of the societal needs to break away from its past as against a quest for a new future.  The evolution of western politico-economic thought as it broke away from the clutches of Christian doctrines that inhibited its political and economic prosperity valued human action based on free will as against fear of church and therefore god. This historical framework is exclusive to the west and cannot be superimposed upon other non-western countries such as China which have their own moments of a renaissance.

The difference between fear and anxiety is – while both are a mental phenomenon, fear is known in definite terms, but anxiety is not. As a measure to deal with anxiety (subjective), it is often defined in terms of a definite form – fear (objective). Given the ongoing uncertainty in international politics across politico-military-economic domains, the US seems to be anxious about its future global leadership role upon which its national interest rests. However, defining such an anxiety in terms of China and its rise is but a debatable proposition. The assumption that China is out to replace the US as the next hegemon by 2049 as it is argued by respected scholars such as Michael Pillsbury and Peter Navarro drives this politics of fear and anxiety[10].

China is and was very much aware of this development and had banked on its policy of non-antagonizing (peaceful rise theory) vis-a-vis the US along with an understanding that China cannot achieve its objectives of “made in China- 2015” independently[11]. The contradiction between the US and China stems from their respective approach in interpreting future of international politics. The idea of “‘those days’ are over” – a US administration rhetoric vs. “”a community of shared future for mankind” – a Chinese proposed concept is a case in point. The US subconsciously approaches the future state of international politics by running away from the past vis-a-vis seeking a brand new state of international affairs.

The only counter measure to the politics driven by fear and anxiety is the induction of hope to effectively deal with future international political realities. Both the US and China along with other major powers (India, Japan, European Union, and ASEAN etc.) must figure out novel methods of global governance in a world that is inclusive of diverse politico-economic sub-systemsbased on “hope”and “common destiny” as against an “expectation” and “national interest” that the world order must function along a single ideal of politico-economic thought.

[2]Ashley J. Tellis, entitled “Balancing without Containment—Dealing with China as an Emerging Challenger” on April 22, 2015, at Lawrence Livermore National Laboratory (Talk sponsored by The Center for Global Security Research (CGSR)).

[3]2018 CF40-PIIE Joint Report, 11 June, 2018. Tom Holland (2017), “Trump’s Anti-China Trade Chief is No Economic  Illiterate: Critics fixate on a few of his glaring miscues, but Peter Navarro has ideas on international trade that deserve an airing, even if they are fated to fail” South China Morning Post, 01 January, 2017. Available at https://www.scmp.com/week-asia/opinion/article/2058281/trumps-anti-china-trade-chief-no-economic-illiterate [Accessed on 18 October, 2018].

[4]President Trump during the press briefing at the Rose Garden (The White House) on 01 October, 2018.

[10]Elizabeth C. Economy (2015), “China’s Secret Plan to Supplant the United States : A new book claims to shed light on a strategy that would make China the sole superpower by 2049” The Diplomat, 03 May, 2015. Available at https://thediplomat.com/2015/05/chinas-secret-plan-to-supplant-the-united-states/ [Accessed on 17 October, 2018]. Lary Getlen (2015), “China’s secret plan to topple the US as the world’s superpower” New York Post, 08 February, 2015. Available at https://nypost.com/2015/02/08/chinas-secret-plan-to-topple-the-us-as-the-worlds-superpower/ [Accessed on 17 October, 2018]. Reuters (2017), “Trump picks fierce China critic Peter Navarro to lead new trade officeEconomist Peter Navarro, who has urged a hard line with Beijing and suggested closer US ties to Taiwan, is the author of ‘Death by China’” South China Morning Post, 09 January. Available at https://www.scmp.com/news/world/united-states-canada/article/2056481/trump-picks-fierce-china-critic-peter-navarro-lead [Accessed on 18 October, 2018].

[11]The objectives of MIC 2025 will also drive Chinese companies to align themselves more closely with global standards and supply chains. “MADE IN CHINA 2025 China Manufacturing in the 21st Century – Opportunities for UK-China Partnership” UK Trade and Investment and China-Britain Business Council,  Available at https://www.mta.org.uk/system/files/resource/downloads/Made%20in%20China%202025%20Booklet%20One.pdf [Accessed on 17 October, 2018].