Sino-Pakistan ties create the threat of a potential two-front war. India thus needs to relook at its force structure. The PLAAF is the world’s second largest Air Force, with 2,500-plus aircraft. The PLAAF has been under aggressive modernisation. Combined with 450 aircraft of the PLA Navy, and the soon-to-be inducted state-of-the art aircraft carriers, makes it a great air power for the IAF to contend with. The IAF is down to 34 squadrons and reportedly at the bottom of the numbers curve.

Prime Minister Narendra Modi’s very high profile fourth visit to USA in June 2016 brought the two largest democracies closer than ever before. Convergence of global strategic interests and US support to India for membership of Missile Technology Control Regime (MTCR) and Nuclear Suppliers Group (NSG) has been the lynchpin of the evolving relationship. End of the Cold War, by the early 1990s and the rise of China realigned the power centres. The international desire for dominance has now shifted to competing interests between the US and China. The Asia-Pacific region became the centre of global attention. Japan, Australia and India among many others are considered possible US allies to contain/compete with a rising China.

For a few decades, China had been working towards dominating Asia. It considered India a regional competitor and therefore, tried to befriend India’s neighbours to encircle it and keep it ‘Head-Down’. One key element in the Dragon’s game-plan, often termed as the ‘String of Pearls’ strategy, was Pakistan. China used Pakistan’s strategic insecurities to offer military and economic support. Hidden behind this was China’s own desire to find shorter logistic routes to the oil-rich Middle East and the still waiting-to-be-exploited markets of Africa. China’s strategy has been unequivocal. In return for economic support, military hardware and know-how, Pakistan ceded to China, 5,180 sq. km. of territory in Pakistan Occupied Kashmir in the Karakoram.

Having built roads in the region to connect Tibet and Xinjiang province, the next logical step for China was to link the important towns of the region to the Arabian Sea to facilitate trade and also help develop China’s hinterland. China financed and built the Gwadar port at the mouth of the Gulf of Oman and the southern tip of Baluchistan. More recently, it signed an MOU to finance and build the $46-billion Road-Rail Economic Corridor connecting Kashgar in Xinjiang to Gwadar. The deal included stationing of Chinese security personnel at important nodal points of the corridor. The support which China and Pakistan give each other is considered significant in global diplomacy, and has been compared to the Israel-United States relations. China refers to Pakistan as “a good friend and partner”.

Post the Sino-Indian conflict of 1962, Pakistan found in China “the enemy’s enemy as a friend”. After ceding the trans-Karakoram tracts to China in 1963, Pakistan began supporting China on Taiwan, Xinjiang, and Tibet, and also on human rights issues. Pakistan also helped China establish formal ties with the West and helped arrange President Nixon’s visit to China in 1972. Pakistan has also served as a conduit for China’s influence in the Islamic world. China considers its close relations with Pakistan as a countermeasure against the rapidly developing close relations between the US and India. China has also consistently supported Pakistan on regional issues and in building a reasonable defence production capability.

China also supplied equipment to support Pakistan’s nuclear programme. China and Pakistan reached a comprehensive nuclear co-operation agreement in 1986. This anti-India alliance has benefitted both nations on the diplomatic, economic and military fronts. Pakistan has signed a 40-year lease with China allotting over 923 hectares of land for Beijing to develop a massive Special Economic Zone near the deep sea port of Gwadar. Goods from China would transit 2,000 kilometres South to the sea allowing China easier access to the Middle East, Africa and Europe.

The multi-modal, multi-dimensional corridor will comprise three parallel highways, railway links, oil and gas pipelines, and an optical fibre link spanning the entire country before reaching the South-western tip of Pakistan. 29 industrial parks, 21 Special Economic Zones and power projects to produce 21,690 MW power are envisaged. China hopes that the development of landlocked Xinjiang will contain the unrest. For Pakistan, China is a low-cost-high-value deterrent against India. Despite the huge military and financial aid from the US, President Musharraf once called China its “time-tested, all-weather friend”. China is today a major arms exporter and has long helped Pakistan build up its military-industrial complex. 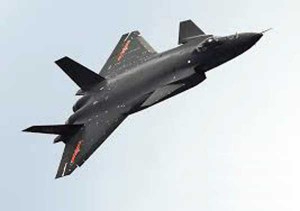 For the initial decades after the country was born, Pakistan’s military depended almost entirely on US armaments and aid, which increased considerably during the Soviet War in Afghanistan. However, the Pressler Amendment in 1990 resulted in suspension of all US military assistance amidst concerns that Pakistan was attempting to develop nuclear weapons. Many Pakistanis saw this as a betrayal. Consequently, since 1990, Pakistan tilted towards China for military and economic cooperation. Pakistan has found China to be a more reliable ally over the long term. China has helped Pakistan set up munitions factories and upgrading the existing ordnance factory at Wah near Rawalpindi. China allowed licensed production of the MBT-2000 (Al-Khalid) Tank which was essentially a Chinese variant of Russian T-90. The armies of the two nations conduct joint exercises regularly.

The Pakistan army has Chinese-designed short and medium-range ballistic missiles, including the Shaheen series with range up to 2,500 km. China has also built a turnkey ballistic missile manufacturing facility near Rawalpindi and will also construct four submarines for the Pakistan Navy. All these projects involve Transfer of Technology. In 2008, a Chinese F-22P frigate joined the Pakistan Navy. In spite of serious global concerns, state-controlled Chinese military-related technology, infrastructure and equipment continue to be the major portion of $9 billion trade between the two countries.

On April 19, 2015, China cleared the sale of eight conventional submarines to Pakistan worth $5 billion, in the biggest ever arms sale by China in its history. China has supplied Pakistan with nuclear technology and assistance, including perhaps the blueprint for Pakistan’s nuclear bomb. Chinese security agencies were reportedly in the know of transfer of nuclear technology by Pakistan to Iran, North Korea and Libya. After India secured a nuclear deal with the US, China agreed to set up two nuclear power stations in Pakistan.

China has state-of-the-art aircraft programmes including two stealth fighters (J-20 and J-31), large military transport aircraft Y-20, and AWACS KJ-2000. H-8 is a secret Chinese Strategic Bomber started flight trials in 2007. The J-11 is a Chinese version of Sukhoi Su-27 SK air-superiority fighter. The J-11B is an upgraded airframe with Chinese radar, avionics and weapons. The J-15 is a carrier version of the Su-33. The J-16 was the Chinese version of the Su-30MKK sold to them by Russia earlier. The J-20 first flew in January 2011. The J-31 features a radome, speculated to house AESA radar. The Chinese are touting it to be an equivalent of the Lockheed Martin F-35 and are offering to those who cannot get/afford the expensive fifth generation fighter from the US. China’s indigenous Y-20 transport aircraft can carry a 66-tonne payload. China also has two attack helicopter programmes in Z-10 and a smaller Z-19. China has an aggressive UAV production programme with over 1,500 of 40 different types including those of Global Hawk class.

Starting 1965, China began supplying 253 F-6 aircraft, an Air Defence version of the Russian MiG-19 to Pakistan. One squadron of Harbin H-5, a Chinese version of Russian Ilyushin IL-28 was formed in the early 1970s. China helped establish ‘Heavy Industries’ at Taxila in 1971 for equipment rebuilding and in 1973, the Pakistan Aeronautical Complex at Kamra North of Islamabad. 1983 onwards, PAF received 55 A-5Cs ground attack variant of the MiG-19 and 186 F-7 aircraft, Chinese equivalent of the MiG-21. In 2007, as a part of a joint-project, China rolled-out a ‘designed for Pakistan’ Fighter JF-17 ‘Thunder’. 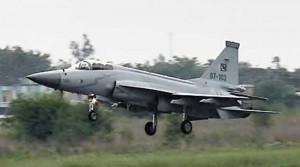 Currently, the Pakistan Air Force (PAF) has 150 of these and the strength is likely to increase to 300 by 2020. This programme is also a signal to the US that Pakistan has others to bank on to explore its security needs. Orders have been placed for at least 36 Chengdu J-10 ‘Vigorous Dragon’ fighters. These are likely to enter service by 2016.

This tailless delta wing with canards is being compared by the Chinese with JAS-39 and Dassault Rafale and touted as superior to the Lockheed Martin F-16C. The J-10B will one day have the AESA radar and be equipped with the improved Chinese WS-10A engine. A host of Chinese missiles and PGMs are part of the package.

Six ZDK-03 Chinese AWACS based on the Shaanxi Y-8F-600 cargo aircraft have been inducted. The fleet of Chinese Shenyang FT-5 and American T-37 trainers are being replaced by Chinese designed K-8 Karakorum intermediate jet trainers. 60 are currently in service and more are on order.

The PAF has also received four CH-4 recce-cum-strike drones which can carry up to four PGMs and reportedly have endurance of 30 hours. Chinese SD-10 air-to-air missiles will arm the fleet of 300 JF-17 aircraft. Despite Chinese pledge to the contrary, it has continued to provide Pakistan with specialty steels, guidance systems and technical expertise in the latter’s effort to develop long-range ballistic missiles. The M-11 is copy of DF-11 and the Hatf, Shaheen and Anza series of missiles have been built with Chinese assistance.