Siachen is not low hanging fruit 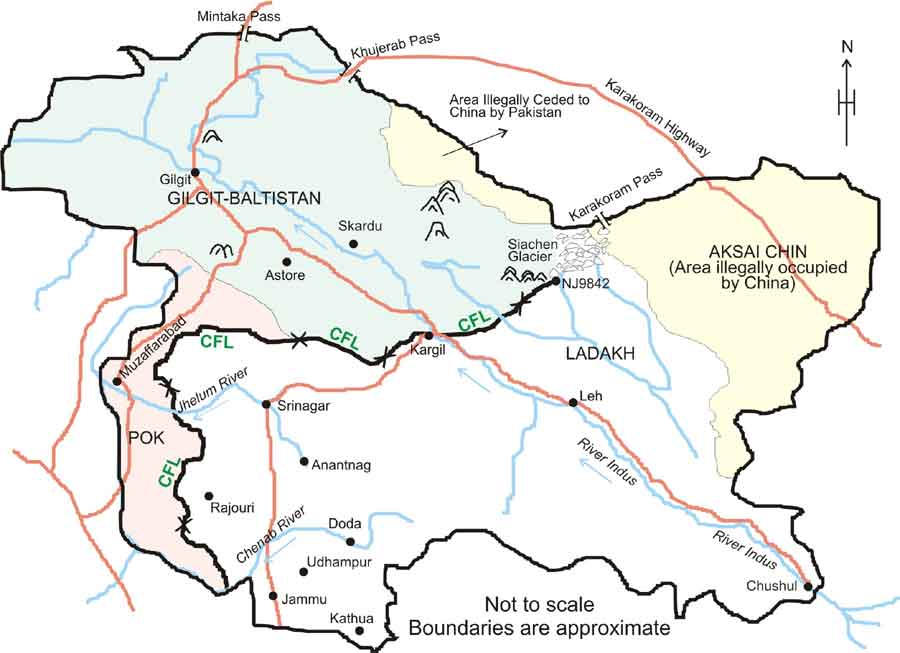 History’s lessons, the immutability of geography and the politics of any region will determine how nations behave with each other. Nations cannot up and away and change location from a difficult neighbourhood to somewhere more congenial. This takes millions of years and there is no guarantee that there will be a change for the better!  India Pakistan history and politics are too well known to be recounted here. It is our history that we forget ansgeography and its strategic relevance that we ignore. We suffer as a consequence. Given our relations with both Pakistan and China we are essentially a landlocked country unless we use our maritime routes extensively and look at South East Asia through Bangladesh and Myanmar and the Bay of Bengal and at West Asia through the Arabian Sea.

Access to Karakoram Pass would have given Pakistan not only extra territory but also access to Tibet via Aksai Chin held by China.

India-Pakistan relations invariably throw up Pakistani demands to discuss issues like Siachen. It is a good idea, though, to have a close look at the map of Jammu and Kashmir, including occupied Gilgit and Baltistan, Pak Occupied Kashmir and then all of Pakistan and areas of Tibet bordering India. The Siachen Glacier runs northwest to southeast from just below Shaksgam, (territory illegally ceded by Pakistan to China in 1963) to just north of the LOC. The Saltoro Ridge was occupied by Indian forces in 1984 preempting Pakistani attempts to move up to the Karakoram Pass just north of Daulet Beg Oldi. Access to Karakoram Pass would have given Pakistan not only extra territory but also access to Tibet via Aksai Chin held by China.

In these circumstances Indian absence from Saltoro would have provided a direct road link between Pakistan and China from Tibet to Gilgit Baltistan and then into Pakistan via the Karakorum Highway. This would be in addition to the existing connection between Kashgar in Xinjiang to Gilgit Baltistan and Pakistan via the KKH. From here the connection is to the rest of the country eventually up to Gwadar on the Makran coast of Balochistan and China is developing rail road links from Gwadar linking to the KKH eventually. For Pakistan this means access to not only Xinjiang and Tibet but also encircling India north of Kargil along the LOC as defined by it.

The Indian interpretation is that the LOC (left unmarked on map but defined as running due north from PT NJ9842) meant geographical north and not merely a mischievous projection from NJ9842 towards Karakoram Pass which is north east of this point.  Had relations between the three countries between cordial and normal we would have called this an extension of the Silk Route but things being what they are, it would be prudent to see this as a potential strangulation of Indian strategic interests in the region.

Every change of government in New Delhi and Islamabad kindles fond desires in both capitals of an emerging era of normalcy and peace. There will be sweet-nothings whispered that India should give concessions to the Pakistani civilian government to strengthen its hands against the military overlords. This is a load of rubbish. It is for the Pakistanis themselves to decide what kind of a government they want. For the moment, and it has been a long moment in its history, it is that Punjab is king and the rest is low life. A regime that treats its minorities the way it does or hounds its journalists or stifles the Baloch in a pressure cooker, is hardly likely to be honey and sugar with its sworn enemy, periodic bursts of bon homie notwithstanding.

Siachen is not low, hanging or a fruit. It is strategically vital territory that Indian troops acquired after immense sacrifices and great cost.

In international relations what matters is a country’s strategic national interest, its experience from past behaviour of its neighbours and their current attitudes. Neither of the last two give India any reason to hope and much less, believe,  that Pakistan’s  rulers, both military and civilian,  have changed their attitudes and assessments about India to want to seek normal, if not cordial, relations with India.

Pakistan’s jihadi infrastructure remains intact, and “volunteers” are also  now being exported to Syria along with anti-aircraft and anti-tank missiles paid for by Saudi Arabia; Pakistan’s contacts with anti-Afghan terror groups and insurgents since 1973  predate its contacts with anti-Indian terror groups that became active only in the 1980s; Pakistan presumes it has a veto over Indian activities in Afghanistan; there is little to assume that once the US troops depart from Afghanistan, Pakistan will not divert its jihadi foot soldiers to field duties in Kashmir and the rest of India. Meanwhile, it would be useful to remember that it was Prime Minister Nawaz Sharif in Pakistan who feigned ignorance when his Army Chief was caught In Flagrante Delicto on the Kargil heights even as this worthy Prime Minister hosted Atal Bihari Vajpayee in Lahore in 1999.

Many will argue that Siachen is doable. Maybe. But it certainly will not be re-doable. Not even with the AGPL. Saltoro and Siachen are non-negotiable. Certainly not without discussing occupied Gilgit Baltistan and the rest of Kashmir held by Pakistan.  Siachen is not low, hanging or a fruit. It is strategically vital territory that Indian troops acquired after immense sacrifices and great cost. It has been difficult and costly to maintain this territory and all the more reason the nation should continue to hold this land. In any case, Siachen the glacier is well within Indian territory lying east of the Saltoro ridge that Indian troops hold, so the Pakistani version that India should vacate Siachen makes no sense.

Pakistan has to decide whether it wants to live in a peaceful and hopefully prosperous country in a peaceful neighbourhood that gives its citizens hope for a better life in the 21st century by being a law abiding member of the region or push back its citizens to the medieval era with hope in heaven only. But for the former to happen Pakistan must give India evidence that it can be trusted. Till then, India needs to be patient and not make hope a substitute for policy.

4 thoughts on “Siachen is not low hanging fruit”