Siachen: Indian Army Chief has given a strong message to Pakistan 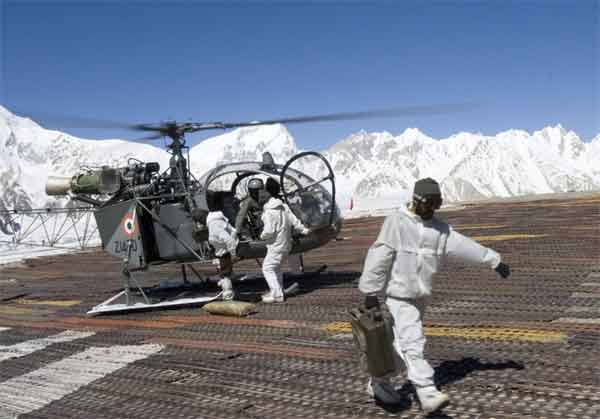 The Chief of Army Staff (COAS) of the Indian Army, General MM Naravane , held a virtual press conference on 12 January 2022 as a prelude to the Army Day celebration on 15 January. In the course of his opening statement he said that India was “not averse to the possible demilitarisation of the Siachen glacier, but the precondition for that is to accept AGPL [the 110-kilometre Actual Ground Position Line]. Pakistan has to accept what are their positions and what are ours, and both of us have to sign on the dotted line before any kind of disengagement takes place.”

There was speculation that the General had hinted towards a possible dialogue on the vexed Siachen issue. In actuality, he only reiterated the position held by India over many decades and through a large number of talks held between the two countries on the issue.

India has, for long, wished to deescalate tension in the beautiful and sensitive region. On June, 12, 2005, Dr Manmohan Singh became the first Prime Minister to visit Siachen. “Siachen is called the highest battlefield where living is very difficult… Now time has come that we make efforts that this battlefield is converted into a peace mountain,” he said in the aftermath of the visit. He also added that there could be “no redrawing of boundaries” in the search for peace as it related to the country’s security and prestige.

The then Indian Army Chief, General J.J. Singh, reemphasised India’s strategic requirement of clearly delineating the AGPL on a map, a posture similar to the one reiterated by General MM Naravane now. Pakistan rejected the proposal and insisted upon vacation to the 1984 held positions in accordance with the Shimla Agreement. The matter could not be negotiated further.

In 2012, Pakistan lost 130 troops in a massive avalanche at Gayari, its post nearest to the glacier. This loss prompted the Pakistani leadership to again root for demilitarisation, the then Pakistan  President, Asif Ali Zardari, stated that withdrawal of troops from Siachen is necessary to improve the ‘atmosphere.’ However, the then Chief of the Pakistan Army, General Ashfaq Kayani, while rooting for a change in status quo, contended that Pakistan had stationed its troops in response to a move by India. “The world knows why we are in Siachen,” he said grandly. This was an indication of Pakistan’s continuing obdurate posture on the matter.

Siachen came up in the Secretary level talks between India and Pakistan scheduled on 11-12, June, 2012.; negotiations included a Track II initiative as well.  It was said that a tacit understanding had been reached and that the deal would possibly come through during a proposed visit of the then Indian Prime Minister, Dr. Manmohan Singh, to Pakistan. The  Indian Army stood firm against any further move without authentication of the AGPL on a map. The negotiations again fell through and Dr. Manmohan Singh did not go to Pakistan throughout his ten year stint as prime minister.

In the present context, Pakistan has been quick to draw political advantage from the statement made by the Indian Army Chief. In an article titled “Siachen Recollections” published on 16 January, 2022, the author Riaz Mohd Khan, a former Foreign Secretary of Pakistan, has used a litany of half truths to justify Pakistan’s position in the negotiations and paint India as an aggressor. “The Indian side also had concerns about the Pakistan Army taking advantage of the disengagement process. To assuage these concerns, Pakistan expressed readiness to discuss any monitoring arrangement, bilateral or multilateral, acceptable to India,” says Khan in his article. The matter of authentication of the AGPL has been avoided by him.

Pakistan wants India to vacate to the 1984 position because of some very obvious factors. As a first step the country wishes to validate occupation of the Saltoro range by the Indian forces as a violation of the Shimla Agreement; having done so it will declare the region as a disputed territory. After this, a Jihadi intrusion to fructify expansionist designs is definitely not beyond the realms of reality regardless of the assurances given.

The foregoing would constitute a major strategic achievement for Pakistan as it would deny India the capability to monitor the sensitive Pakistan-China axis and  contiguity with the Northern Areas would be broken. The Pakistani’s will then breathe down Indian Army positions in Ladakh.

Presently Pakistan is in a better position to apply the aforementioned strategy due to its close relationship with China, wherein, the latter country’s increasing presence in Pakistan Occupied Jammu and Kashmir (POJK) is a cause for concern. This has happened in addition to Pakistan’s unilateral and illegal conceding of the Shaksgam region to China way back in 1963. Now, if we vacate the Saltoro Ridge, China will gleefully exploit the attendant free run north of the vacated areas. The obdurate position that China has maintained on Daulat Beg Oldie and the Depsang plains also has a lot to do with Siachen which is not too far from these locations.

There are many other reasons for India to maintain its righteous position. Continued ceasefire has almost nullified chances of conflict escalation. In view of India’s burgeoning economy, the cost-benefit paradigm is firmly in her favour. The Army is comfortable with deployment of its troops in this arduous terrain. Hence, there is no urgency or expediency to change the status quo or rush into some precipitate action.

When seen against the backdrop of the historical perspective, it becomes very clear that General MM Naravane wished to pre-empt any move by Pakistan to rake up the Siachen issue in international circles with the help of China. He has given a strong message that leaves no grounds  for negotiation of the stand taken by the Indian Army over decades.  Forward movement is possible only after authentication of the AGPL. It was indeed a strong message given by the Indian Army Chief that took the wind out of the sails of Pakistan’s propagandist machinations.