Foolproof security of an operational base has been a vital prerequisite for the successful conduct of war. History of warfare reveals that neglect of this vital aspect has invariably led to disaster. What was true in the time of the Roman Legions is valid in principle even now in the era of high technology warfare involving a wide variety of forces engaged in combined and coordinated operations whether on land, at sea and in the air.

Military operations, be they on land, at sea, in the air or even in space, have to be launched from bases that provide security and sanctuary for the participating military forces, before, during and after operations. Foolproof security of an operational base has been a vital prerequisite for the successful conduct of war. History of warfare reveals that neglect of this vital aspect has invariably led to disaster. What was true in the time of the Roman Legions is valid in principle even now in the era of high technology warfare involving a wide variety of forces engaged in combined and coordinated operations whether on land, at sea and in the air.

Unfortunately, upgrading the security of an airbase is not the most glamorous aspect of a modernisation programme and hence is generally accorded a low priority being usually addressed as an afterthought. Security of infrastructure is not associated with expensive and glamourous high technology that modern aerial weapon systems and combat aircraft are. After all, an effective access control system does not generate primetime media frenzy when compared to combat aircraft, Airborne Warning and Control Systems (AWACS) aircraft or ballistic missiles.

During conflicts in the past, airfields and associated assets were often targeted for take-over by enemy forces to deny the facilities to own forces and subsequently to be used by the enemy. The example of the invasion of the island of Crete in World War II comes to mind. German airborne forces consisting of glider-borne light infantry and paratroopers attacked and captured the airfield in Crete to deny its availability to the British forces and then used it as a bridgehead to land German troops to capture the whole of the island. Such a situation could well be faced at airfields in the island territories of India in the Arabian Sea and Bay of Bengal. Denial of these assets will cut military reach considerably and if these assets were to be used by hostile forces, air, sea and amphibious operations in the island territories will be disrupted, own forces based there cut off and even efforts at evacuation compromised.

US forces in the Pacific during World War II attacked Japanese-held islands with carrier-based air power followed by amphibious assault. One of their aims was to use the islands to base strategic air assets to target the Japanese islands. At that time, it was only strategic air power that could mount attacks against the heart of Japan. However, all these examples were in the context of an all-out global war. Advances in technology have now extended the range of the entire spectrum of weapon systems such that capabilities exist to launch attacks from one’s own heartland against enemy targets worldwide. Such threats will be recognised and hopefully catered for in contingency plans for an all-out war in the future. It is safe to assume that there will be fewer restrictions on the rules of engagement, barring the major dilemma of crossing the nuclear threshold. 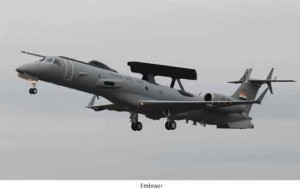 In the Cold War era, with opposing forces always on high alert, the aim was to degrade enemy first strike capability prior to start of the war. For the Warsaw Pact forces, degrading the operational capabilities of NATO air power was the primary aim so that the intensity of air attacks on their massive mechanised thrusts could be minimized. Accordingly, their special forces were trained to infiltrate, often disguised as civilians, behind the lines of NATO forces well before the commencement of hostilities to attack airfields, missile sites as also command, control and communication centres. In terms of results for efforts expended these were softer and more attractive targets than armoured or infantry concentrations. In the war in Vietnam, the North Vietnamese forces attacked softer infrastructure targets, especially those in the insurgency prone areas of South Vietnam. Repeated attacks on bases in South Vietnam by lightly armed sabotage teams certainly degraded the operational capabilities of these bases as well as those of ground forces in the field who were heavily dependent on tactical air power for reconnaissance, troop deployment, fire support, evacuation and logistics support.

Threats Before And During Overt Hostilities

In the Indian context, it would be necessary to consider the threat of armed action from adversaries and the situation that exists at present and in the near future. Airfields and associated infrastructure in the island territories are vulnerable because they are isolated and the sea offers an opportunity for stealthy ingress, a lesson driven home the hard way in Mumbai on 26/11. Covert action by small bodies of trained forces provides a low-cost and effective alternative to overt acts such as bombardment from the sea or air strikes with the added advantage of a chance of plausible denial in case the operation goes sour. Such attacks would disable the facilities for a short time, destroy aircraft assets on the ground and create enough confusion in the prelude to a full-scale take-over bid if that is envisaged in the context of a larger conflict.

Indian military airfields in the vicinity of international borders are in any case vulnerable to long-range artillery or unguided rocket attack, both of which are cost-effective when compared to air strike. No amount of radar guided anti-aircraft artillery, surface-to-air missiles and combat air patrol will be able to fully neutralise these threats. Multiple Launch Rocket Systems (MLRS) can launch rockets from ranges of 70km or more and saturate airfield defenses. Systems akin to the Iron Dome will always be in short supply and will only be deployed to defend a few strategic high-value assets. A similar threat from submarine-based sea-to-surface guided missiles exists for bases close to the sea. Fortunately, India’s principal adversaries are, as of now, not strong in this area of weaponry. However, infiltration of bases by saboteurs arriving by sea is a real threat.

Realistic threat assessment has to cater for degradation of such airfields and aircraft assets on the ground at the very start of hostilities. The Advanced Landing Grounds (ALGs) along the Northern borders, which are crucial for logistics support to Army units deployed in forward locations, can be expected to be put out of action at the commencement of hostilities. The ALGs will be crucial in the period before the start of hostilities for rapid concentration and augmentation of forces. Employment of offensive air power from ALGs by way of fixed wing aircraft, in all probability, will be a difficult proposition. However, given the fact that modern fixed wing aircraft have larger radius of action as compared to those of earlier generation, it would be prudent to base these in depth even at the cost of a higher response time. Slower response is better than no response at all.

Immediately prior to the commencement of large scale armed conflict between regular military forces, there is always a threat of covert action. Such attacks may sometimes be undertaken only to degrade hard-to-replace crucial assets and are not aimed at initiating full-fledged war.

Terrorist attacks against India till now have targeted mostly civilian, paramilitary and military personnel engaged in counter insurgency activities. However, the regular armed forces are increasingly being drawn into this conflict. Beginning with providing back-up to para-military forces and logistics support in insurgency-afflicted areas, this involvement is likely to increase. When it does, insurgents who are in conflict with other organs of the state such as the police and administrative systems will make military assets their targets. This has already happened with Indian Air Force helicopters being fired upon when engaged in logistics support to para-military forces during counter-insurgency tasks.

Rules of engagement are also vague. If such insurgencies escalate, the need to catch the attention of the public on a grander scale and to show up the weakness of the state will lead to attacks on military infrastructure. The armed forces are already being targeted by terrorism sponsored from abroad. The aim at first may be to highlight the weaknesses of the state but attacks can and will be used by the sponsors of such organisations to weaken Indian military capabilities and attract public attention. 26/11 achieved the latter objective at minimal cost to the sponsors.

Attacks on air bases near major population centres are worthwhile options for propaganda value alone and if military capability is degraded in the process, it is an added advantage to the enemy even if escalation to a full-scale war is not planned.

2 thoughts on “Securing the Eagle’s Nest: Airfield and Infrastructure Security”