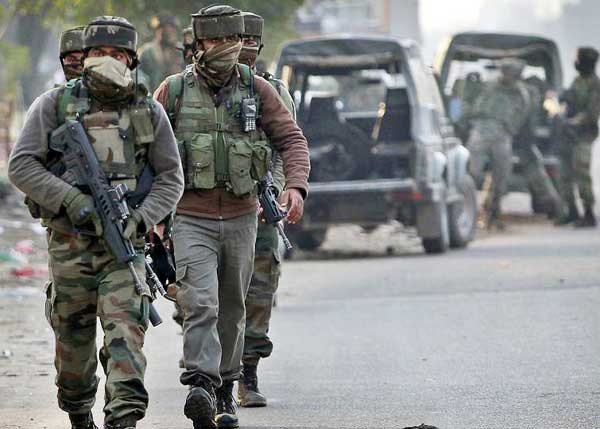 After the terrorist attack on IAF’s Patahnkot airbase on January 2, 2016, the MoD had appointed a committee headed by Lt Gen Phillip Campose, then Vice Chief of Army Staff,  to review the security set-up for the military bases and suggest ways to improve it. The Committee found gaping holes in the security set up of many installations and submitted its report to the then Defence Minister in May 2016.

On September 18, 2016, terrorists attacked the Army post in Uri; one of the deadliest attacks in which some 17 Army personnel were killed (mostly due to burning) and another 19 injured. The Uri post, overlooked by the enemy from three directions only had a cattle fence for security fencing and not a single thermal night surveillance device. The ISI-affiliated JeM terrorists wearing combat dress entered the post around 5.30 in the morning, similar to what happened at the Sunjwan Army Camp on the morning of February 10, 2018. In the intervening months there were numerous terrorist attacks on military and security forces  camps, posts and establishments.

The Phillip Campose Committee had recommended additional allotment for plugging the gaping voids. This should have been acted upon on top priority considering that our overall security policy is defensive. It can hardly be termed  pro-active, one-time surgical strikes and fire assaults notwithstanding. But the fact that so many more lives were being lost, poor perimeter security being a major reason, it did not egg the MoD to move faster than its customary snail’s pace while the chair of the Defence Minister witnessed the musical chairs between Manohar Parrikar, Arun Jaitley and Nirmala Sitharaman – much to the glee of Pakistan and China.

It finally took the ISI-backed JeM terrorist attack at Sunjwan Army Camp on February 10, 2018, and possibly the questions and flak that the government was receiving on social media, that news was put out on the TV of MoD approving Rs 1487 cr to boost security of Army camps. Newspapers of February 11, 2018 confirm that indeed the MoD cleared the expenditure only on February 10, 2018 – obviously after the terror attack in Sunjwan, Jammu had begun. ?  Had this terrorist attack not occurred, okaying of the expenditure for perimeter defence may have pended by another few months.

According to the media, the Phillip Campose Committee had identified paucity of funds as one of the main reasons for the Army’s inability to secure its camps by installing high-tech gadgets, including electrified fences, night vision devices, radars and closed circuit televisions (CCTVs) for effective access-control, perimeter security-cum-intrusion detection systems and better Intelligence response mechanisms. There are more than 600 big and small camps in Kashmir and every camp needed at least Rs one-two cr for upgrading perimeter security, as per the report.

The Campose Committee had also recommended: raising a special unit of 20,000 retired, physically fit soldiers for guarding defence installations as part of the Defence Service Corps (DSC) that is guarding defence establishments all over the country, and since DSC recruits retired military personnel; provision of better version of AK-47 rifles instead of the self-loading rifles (SLR) held by the DSC teams, in addition to  fast moving vehicles, bulletproof jackets and night vision devices.

According to the media, the Army, the Navy and the IAF, last year had sought more than Rs 2,000 crore for strengthening perimeter security of their sensitive bases. There are more than 3,000 such installations, including 600 identified as sensitive by the three Services after the Pathankot airbase attack. In July 2017, the MoD had delegated substantial financial powers to the Vice Chiefs of the Army, Navy and the IAF for undertaking works for modernization of the security apparatus including perimeter security of airbases and security sensitive military installations. This was done few days after MoD delegated some Rs 40,000 cr to the Vice Chief of Army Staff for making hardware purchases to meet critical deficiencies, post the Army identifying critical deficiencies in 46 types of ammunition and spares for 10 types of weapon platforms.

As per the media narrative now, post delegation of financial powers, each of the three Vice-Chiefs was allowed to spend at least Rs 800 cr annually in strengthening perimeter security at the sensitive bases. How much of this has been executed on ground over the last six months only the Services will know, with the larger responsibility of the 600 sensitive bases in J&K manned by the Army. This must be seen in the backdrop of successive ‘negative’ defence budgets, no “additional” budgetary allotment as recommended by the Phillip Campose Committee, and overall modernization requirements and priorities of the Army vis-à-vis this particular requirement.

It was stressed last year that the move for delegating financial powers was to expedite the decision-making process, saying, “The financial delegation represents a significant jump in the powers currently exercised by the Services.” This is true to some extent but the term “without MoD approval” as the layman reads, does not reduce the red tape of approval by the financial advisors operating under Mod at various levels, because of which many a time the Army Commanders are not able to utilize their full annual authorization of Army Commanders Special Financial Powers.

Defence Minister Nirmala Sitharaman while clearing the Rs 1,487-crore project for improving security of Army camps has reportedly set a deadline of 10 months for the Army to execute the entire project. According to MoD sources, perimeter security will be strengthened at Army bases under six commands, while Army headquarters has been directed to monitor implementation of the project. Considering the elaborate procurement processes, type of equipment like night vision devices where the DRDO will want to bag every order, and pressure of works while actively engaged in counter insurgency, besides vagaries of weather, whether the target can be met within the specified time-frame is anybody’s guess. But it is certain that the Army will put in maximum effort and may even surprise the authorities by completing the task before 10 months.

The Defence Minister has done well in giving the push to okay Rs 1,487 cr to boost security of Army camps. But at the same time, the Phillip Campose Committee recommendations for raising a 20,000-strong DSC unit for guarding defence establishments all over the country merits serious consideration. Media reports do say that the proposal is under “active” consideration, but within this proposal, the number required for the camps in J&K could be given priority, simultaneously equipping them with AK-47 assault rifles instead of the SLR and provisioning them with night vision surveillance devices and light vehicles.

The manpower requirements of a large base or camp (like the Sunjwan Army Camp) are often not fully understood; considering its expanse, the terrain and the fact that troops are constantly engaged in patrolling, ambushes, and counter insurgency operations in addition to perimeter security. Electrified fencing and CCTV cameras are “add on”, not fool proof because electrified fence can be short-circuited and section of CCTV cameras can be rendered ineffective, if the periphery is not patrolled frequently and kept under human observation.

Finally, it is the man behind the gun or the device that the Defence Minister must equally focus on. Terrorists will keep coming in combat uniforms and will keep getting local help when there is little effort at de-radicalization, politico-terrorist nexus exists and areas around Army bases are habituated, even mixed with non-Indian nationals. If the soldier is inhibited from firing in self-defence or when he is convinced of imminent danger, then we are not only demoralizing the forces but abetting avoidable losses. To this end, the business of filing FIR against soldiers opening fire in self-defence is criminal especially with AFSPA invoked in the area by the political authority, not by the Army.