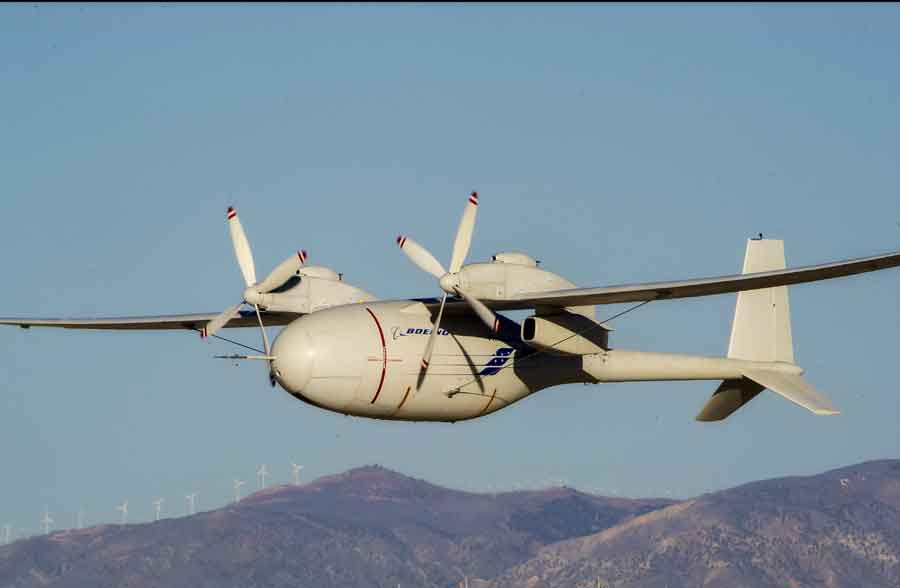 In February this year, the Phantom Eye Unmanned Aircraft System (UAS) from Boeing made its second flight at Edwards Air Force Base, California. The liquid-hydrogen powered UAS climbed to an altitude of over 8,000 feet for just over an hour. During its first flight last year that ended in a crash landing damaging the aircraft’s landing gear, the Phantom Eye UAS had climbed to just over 4,000 feet and had stayed aloft for 28 minutes. The aircraft’s landing gear, software and hardware have been updated since then and the Phantom Eye made a safe landing during its second flight.

This flight, in a more demanding high-altitude flight envelope, successfully demonstrated Phantom Eye’s manoeuvrability, endurance and landing capabilities,” said Drew Mallow, Phantom Eye Program Manager. According to the Phantom Eye team, the UAS is capable of a operating for four days at altitudes of up to 65,000 feet with a maximum 450-lbs payload.