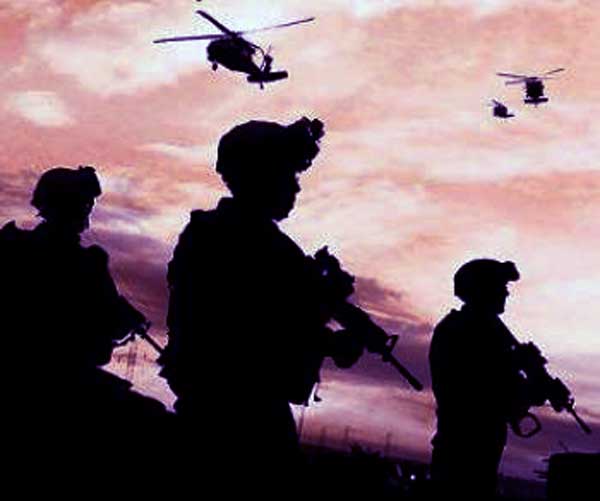 Counter-terrorist operations launched by the Army in the area of Nar Khas Forest in J&K’s Poonch region on the evening of October 14 after five Army personnel were killed during an encounter with terrorists are still ongoing. Nine Army personnel including two JCOs have lost their lives in these operations so far; five on the first day of the operation in Surankote forest and four others in Bhatti Durrian area of Mendhar forest. A jailed Pakistani terrorist of Lashkar-e-Taiba (LeT) taken for identifying a hideout in the area of Bhatti Durrian on October 24 was killed and three security personnel injured when terrorists  opened fire on a joint search party of the Army and police. Heavy firing and explosions were reported from the encounter site.

Besides Surankote and Mendhar, the search operation is also continuing in nearby Thanamandi forest in Rajouri District. Of late, Rajouri and Poonch in Jammu region have witnessed a rise in infiltration attempts since June this year, resulting in our security forces killing 10 terrorists in separate encounters.

The manner in which terrorists are holed up in the thick forested areas and holding on over prolonged period is reminiscent of the terrorists stronghold in the Surankote area (near Hilkaka) of the Pir Panjal Range in 2003, for which the Army launched Operation ‘Sarp Vinash’ (Snakes Destroyed) by Counter Insurgency Force (CIF) ‘R’ or ‘Romeo Force’, masterminded by Major General (later Lt Gen) HS Lidder commanding CIF (R).

Sarp Vnash was conducted in four phases from January to May 2003: Phase I – helipads and mule tracks were constructed by CIF (R) commencing November 2002 for conducting the operation; Phase II – bases surrounding the target region were established and migrant herders resettled elsewhere; Phase III – cordon established around Hilkaka and forces moved in to attack or occupy tactically vital positions, and; Phase IV – attacks and sweeps mounted to eliminate terrorists.

Sarp Vinash resulted in killing of about 65 terrorists and the loss of four soldiers of ours. 9 PARA (Special Forces) played a vital role in leading the attacks on terrorist bases. They were supported by six infantry battalions mounting sweeps and ambushes. Overall the Army had estimated about 100 terrorists in the Hilkaka area and about 3,500 in J&K at that time.

With respect to the ongoing counter-terrorist operations in Poonch and Rajouri districts, some estimates based on sources put the number of terrorists present in these forests since August 2021 to about 50 or more. They have infiltrated over a period of time supported by local guides and made multiple underground bunkers in the jungle with the help of over-ground workers (OGWs). The terrorist operation has obviously been planned by the Pakistani Army-ISIS in conjunction with Pakistani operations in support of the Taliban in Afghanistan – having lulled India into a second ceasefire while the ceasefire inked in 2003 had not been cancelled although periodically violated by Pakistan.

There is speculation that retired army personnel of the Pakistani army may be present among the terrorists in these forests. But there could be regular troops as well considering that Pakistani army regulars have been operating in Afghanistan in support of Taliban and possibly still are. The standard procedure for Pakistani regulars getting caught is to deny they are still serving. The first Pakistan army havaldar who was caught alive in Kupwara in 1995 said he had since retired to become a jihadi.

Poonch and Rajouri districts have peculiar geography, in that they are isolated by the steep flanks and thick forests of the Pir Panjal range.  Moreover, the spurs of the Pir Panjals are in Pakistan Occupied Kashmir (POK) which provide easy and sheltered access for terrorists infiltrating into Indian territory.  The inaccessibility of vast tracts within the Pir Panjals and inadequacy of the civil administration in these areas lend themselves to ideal terrorist sanctuaries. Moreover, abundance of natural caves and ravines gives cover to the terrorists and the thick foliage hinders helicopters and drones from getting clear images. Bakarwals and Gujjars in the region are prey to bribes or intimidation by terrorists and their Pakistani mentors for becoming their eyes and ears.

Taking into consideration the lie of the land and availability of security forces, area domination patrols are undertaken and attacks mounted if contact is made. Terrorists have the advantage of keeping lookouts on the tracks and trails to evade detection by disguising themselves as herders or escape to sanctuaries in the upper reaches of the Pir Panjals for recuperating and rebuilding especially in winter months. Bases destroyed during Operation ‘Sarp Vinash’ contained large stocks of foodstuffs, communications equipment, arms, ammunition, and even medicines. Similar stocking would have been done now with instructions to terrorists to only open fire in conjunction with targeted killings of non-Muslims in the Valley.

From the looks of it, the ongoing counter-terrorist operations may go as long as Sarp Vinash took or more and could be more difficult given the renewed China-Pakistan focus on J&K. One of the search parties encountered an improvised explosive device (IED) on a tree to inflict more casualties on security forces – commonly practiced by the LTTE in the forests of Sri Lanka. In addition to underground bunkers, terrorists could have even dug tunnels in the area to give a tougher fight.

The Indian Army has enough experience in forested regions of high altitude as also thick jungles in low lying areas including in Sri Lanka as IPKF combating the LTTE in heavy fortifications, lookouts, mines, IEDs and the works, which at times necessitated aerial bombings from helicopters also. The Army is the best judge to tackle the current situation; launch Sarp Vinash 2.0 or establish an effective cordon and wait for the snakes to show up. Pakistan would naturally want to tie down our maximum forces in these areas.

Looking at Operation ‘Sarp Vinash’, Pakistan’s new tactics to target non-Muslims in J&K and the ongoing counter-terrorist operations in Poonch and Rajouri districts, we need to examine the following:

Finally, the porosity of the border is two-way. If we continue to leave the initiative with Pakistan, we will continue to be surprised in similar fashion. It is high time we reverse the process and get over our reactive-defensive mentality. There is no other shortcut.