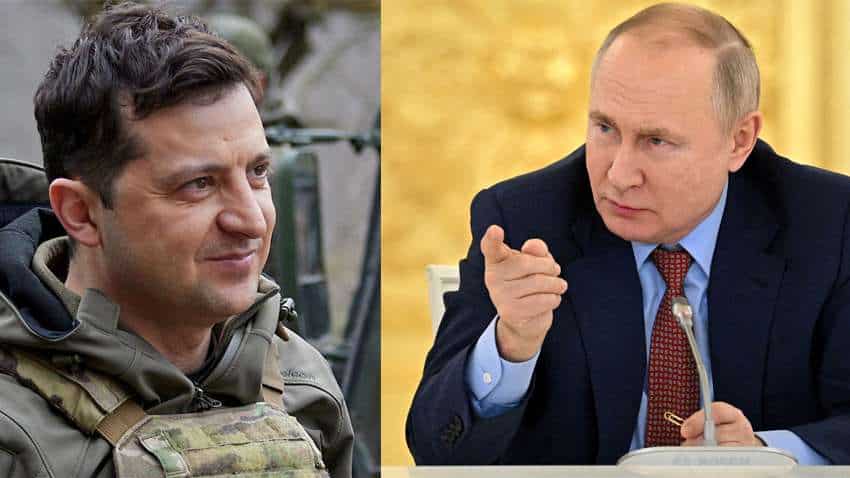 Russia’s invasion of Ukraine that began on the 24 of February 2022 is yet to end with the military and diplomatic outcome still mired in uncertainty. However, whatever the ultimate outcome, it has already changed the world in many ways. Some of these changes are such that the future of the world has begun to look even more uncertain than in the past. The ‘dooms day’ clock has shifted a few notches more towards a possible Armageddon.

But the good news first. Even after nearly a month and despite its superiority in arms and numbers, Russia has failed to force Ukrainian forces to surrender. This is in direct contrast to what happened 80 years ago! During the Second World War when the German Panzer forces surrounded and cutoff the Soviet Armies in Kiev area, nearly 300,000 troops surrendered. Today a much smaller number of Ukrainian forces continue to fight. This shows massive miscalculation on part of the Russians. One explanation for this could be that given the close family and ethnic ties between Russians and Ukrainians, the Russia has not been as ruthless as Nazi Germany was. To the invading German’s, Ukrainians and Slav people in general, were ‘sub human’ species and Germans made no distinction between Civilians and Soldiers while unleashing death and destruction. Despite all the horrors of the current war, this distinction has been maintained by the invading Russians. Paradoxically it is this ‘softness’ that has engendered the Ukrainian resistance. In addition, an interconnected and interdependent world today is far different than the 1941 days of German invasion.

But one inescapable conclusion from the Ukraine crisis is the total absence of ‘inter national law’ and impotence of the United Nations when it comes to vital issue of war and peace.

The era of international anarchy began in 1991/92 after the demise of Soviet Union. Till that time the Cold War and Duo-Polar nuclear balance made sure that out right invasions and conventional wars were largely prevented and certainly ‘controlled’. The MAD or mutual assured destruction capability of the two super powers and their willingness to ‘use’ the threat of nuclear weapons lent a degree of stability to the international state system.

Contrary to the current Western propaganda, Ukraine is not the first conventional war on European soil in post-World War II period. That ‘honour’ goes to the Kosovo conflict of 1990s. In fact, there are eerie similarities between the NATO war against erstwhile Yugoslavia and Russian invasion of Ukraine. Engineered breakup of Yugoslavia was NATO’s plan to remove a ‘potential’ pro-Russia country from Central Europe. Of course there are major differences between the two events. NATO had overwhelming superiority in the air and the potential backer of Serbia, the Russians, were in turmoil and in no position to help Yugoslavia. This is not the case in current conflict. In addition, NATO and European Union had enormous advantage of ‘soft power’ in terms of common Yugoslavian’s attraction towards a prosperous Western Europe. Russia in the present instance lacks that pull. It is therefore erroneous for the Russians to believe that they can do a ‘Kasovo’ in Ukraine.

The current phase of international scenario is that while the US power has visibly declined due to internal and economic factors, there is no new power combination on the world scene that could enforce peace. The UN has long been in coma as it is an organization based on 20th century geopolitics that has become fossilized. It is quite apparent that UN is incapable of tackling the 21st century problems.

‘Prisoner’s dilemma’ was often used to  explain the arms race. In simple terms while it was in everybody’s interest to reduce armaments, mutual suspicion made sure that nations opted for the safety and economic inefficiency.  Mutual suspicion leading to less-than-optimal solution.There was however one exception and that was alliance politics that led many countries to opt for low defence budgets as it was thought that the security alliance would guarantee safety. The economic prosperity of Western Europe, Japan and South Korea was to great extent due to lower defence spending. Ukraine crisis has shown that American implicit guarantees is no longer effective to prevent an invasion.

Countries like Germany, Japan, South Korea stayed out of this trap of sub-optimal choice by joining alliances and implicit guarantees by Super Power. Invasion of  Ukraine by Russia has shattered this belief and there is likely to be change in re-arming by middle powers…………giving rise to a truly multipolar world, it may well become nuclear multi polar world with grave repercussions for future.

It is time for India to take initiative in forming a group of democracies that believe in territorial status quo and non-aggression……….a grouping of India, Japan, Germany, South Korea, South Africa and France could be the answer to ineffective UN.