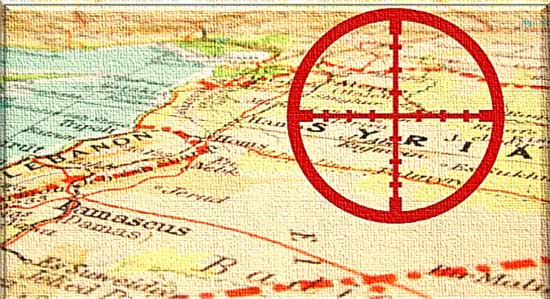 There are numerous examples that highlight the manner in which President Vladimir Putin, the former KGB spy and Russia’s nationalist leader, revels in his machismo. It could be his shirtless horse ride one day or shooting a Siberian Tiger the next, or for that matter, annexing Crimea and invading Eastern Ukraine. In fact the German Chancellor, Angela Merkel, once remarked to the media in 2007 that “I understand why he has to do this-to prove he’s a man, he’s afraid of his own weakness. Russia has nothing, no successful politics or economy. All they have is this.” This after, Putin called his pet dog into the room when she visited his home, despite being aware that she was terrified of dogs after having been bitten by one  a decade earlier.

…to believe that the Russian intervention in Syria stems from this machismo or is an attempt to return to the glory days of Soviet imperialism, as some, especially in the West, have suggested, would be a grievous error of judgment.

But to believe that the Russian intervention in Syria stems from this machismo or is an attempt to return to the glory days of Soviet imperialism, as some, especially in the West, have suggested, would be a grievous error of judgment. So would any attempt to link it with actions in Crimea and Ukraine, as that, among other reasons, was also due to provocations of NATO attempting to get closer to Ukraine. That is intervention totally surprised the West and the international community and will certainly be a game-changer in the on-going troubles that have plagued the region ever since George Bush made the mistake of toppling Saddam Hussein is certainly not in doubt.

Since many analysts, security experts and political leaders believe that ever since Mr. Putin has gained ascendancy in Russia, he is single-mindedly attempting to regain the power and influence that the Soviet Union used to exert before its collapse. While this may be true to some extent, in the context of its intervention in Syria, which is increasingly being compared to the Soviet occupation of Afghanistan, this may not be true at all. It would be worth recalling that the Soviet invasion of Afghanistan, as per Prof David N Gibbs, University of Arizona, in his essay “Afghanistan: The Soviet Invasion in Retrospect” (International Politics 37:233 – 246, June 2000) former US President Jimmy Carter considered it a major strategic challenge to the West and “the greatest threat to peace since Second World War”.

We were then led to believe it was this provocation on the part of the Soviet Union and its’ supposed efforts to dominate the Persian Gulf and the Indian Ocean that led to the US support for the Mujahidin and all that has followed since, including the rising tide of Islamic fundamentalism that shows no signs of receding. What emerged subsequently is that it was the US military support to the Mujahidin was provided well before the Soviet Invasion against the pro-Soviet Afghan Government on the authorization of President Carter despite the likelihood of a Soviet military response. Thus not only were the Americans responsible for provoking the Soviet occupation, more since the Soviets were also worried about the adverse impact the spread of Islamic fundamentalism would have on the Soviet Central Asian States, something that has troubled them in the past.

…success of the ISIS, which reportedly has over 2500 Russian Islamists in its ranks, will result in increased Islamist attacks on the Russian state.

The situation in Syria, especially the rise of the Islamic State, owes much to the manner in which the US funded the rise of Islamic fundamentalism in the 1970’s and the disaster of the Second Gulf War. The apparent confusion in US policy towards the Assad regime, which it is actively working to overthrow, while simultaneously attempting to destroy ISIS, which incidentally has a similar aim, and its inability and unwillingness to commit troops on the ground has led to the continuation of a futile civil war in which over quarter of a million Syrians have been killed and millions displaced.

The Russian clarity of purpose on the other hand is to be appreciated. It understands that success of the ISIS, which reportedly has over 2500 Russian Islamists in its ranks, will result in increased Islamist attacks on the Russian state. It has therefore concluded that if destruction of the ISIS is its primary goal, it needs to fully support the Assad Regime, which has been greatly weakened by the Civil War, in its endeavour even if that requires destruction of other so-called “moderate Islamists”. Towards this end President Putin is willing to commit all necessary resources, including boots on the ground.

That this endeavour is fraught with danger and can fail with unpalatable consequences for President Putin is a distinct possibility, not least because of what the West may do to counter increasing Russian influence in the region which is the likely corollary, if it succeeds. Whether the West would do this, even if it meant that the ISIS may be the one to gain, is unclear though there may be diverging views between Europe, which is being impacted by refugees from the region, and the US.

Finally, what of our policy in the region? Its’ importance in our scheme of things cannot be understated given the fact that we have approximately seven million emigrants working in the region whose inward remittances total approximately US$20 Billion. That apart, the Government probably understands that without investments from the Middle-East, Mr. Modi’s attempts at development can hardly take off. Despite all this and the possibility of ISIS influence increasing in our region, we are as usual straddling the fence, an art we seem to have perfected over the years.

One thought on “Russian Intervention in Syria: Just Putin’s Machismo?”