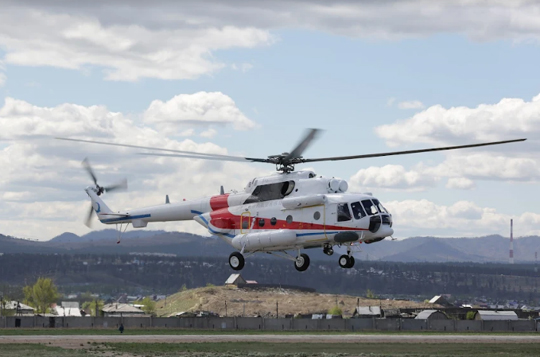 The Ulan-Ude Aviation Plant of the “Russian Helicopters” Holding Company (Rostec State Corporation) has delivered the first batch of two Mi-171 helicopters equipped with altitude engines VK-2500-03 to China under the contract with QINGDAO civil airline.

“The increase in global use of helicopters is now one of the key trends. In China they are to be used for fire-fighting operations,” noted Alexey Kozlov, managing director of the Ulan-Ude Aviation Plant. – The national type certificate for Mi-171 rotorcraft with VK-2500-03 engines, issued in 2019 by the Civil Aviation Administration of the People’s Republic of China (PRC), presented an opportunity to supply this type of rotorcraft to this country.”

The contract with QINGDAO civil airline for delivery of six Mi-171 helicopters powered by VK-2500-03 engines was signed in December 2019. Under the contract, the Ulan-Ude Aviation Plant has supplied the first batch of two helicopters. According to the document, four more rotorcraft are to be delivered in 2022.

In 2019, the Civil Aviation Administration of the PRC issued a national type certificate for Mi-171 rotorcraft equipped with VK-2500-03 engines based on demonstration flight results in Chinese city of Lijiang. The Ministry of Emergency Situations and the Civil Aviation Administration of China highly rated helicopters’ transport capabilities for carrying cargo and extinguishing fires in the highlands.