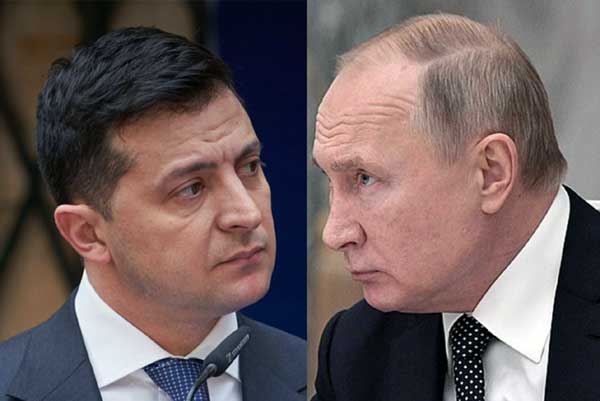 George W. Bush administration had to abandon China “encirclement” policy when the terror struck in New York. For the ensuing twenty years the US was chasing Islamic militants. The period proved to be a “golden era” for the historic success of China’s market reform policies. After the Biden administration put an end to the longest war in US history last August, Beijing feared the return of US policy of “encirclement 2.0”. But to believe a Chinese analyst, the leadership in Being, in a typical Sun Tzu style thinking, saw “opportunity for China” in Putin’s Ukraine invasion aka Russia-US “war” in Europe. The US-Russia conflict being played out in Europe is prompting Washington to once again shift focus from Asia to Europe. This also explains why it serves China’s interest if the war in Ukraine does not end anytime soon.

Myths are an essential part of all forms of human narrative. Myth-making, likewise, is central to all academic disciplines. Diplomacy or foreign policy as a field of study is no exception. Even more significantly, both construction of myth as well as sometimes relying upon myth for making policy choices are treated as normal professional habits. Is it any wonder therefore diplomacy has been called “a kind of art of the impossible?” We don’t know if the Chinese are genuinely unique in myth-making in the practice of diplomacy. But what is certain is that more than any other society China is known to be a storehouse of mythologies, traditions, dragon-fantasies and mysteries. Likewise, Chinese diplomacy too is shrouded in mystery and remains an enigma. More often than not, the Chinese do things which are completely at odds with the rest of the world. China’s Covid-19 combat strategy of “Zero virus” versus the global “living with coronavirus” policy is just one latest example.

In a recent post, the pre-eminent foreign policy expert and Harvard Professor Joseph S. Nye, Jr. has tried to elucidate why President Xi Jinping – as against the whole world’s expectations – won’t mediate an end to the Ukraine war. Nye offers three reasons why Xi has chosen to do so: domestic political vulnerabilities, lack of courage and imagination to do “Teddy Roosevelt Moment” and go on to win a Nobel Peace Prize, and third and most important is to prefer to stay on the sidelines and continue to hold on to the belief of “no limits” in his relationship with “dear friend” Putin.

Is China having a good war in Ukraine?

Contrast Nye’s prognosis with two other views. One by a Beijing-based veteran international relations observer, who recently stated in his column that Xi knows “there are limits and those limits have, in fact, been reached.” The other view is at variance with both Nye and the Beijing-based foreign expert. It claims China is in no doubt that the US-led NATO aims at regime change in Russia, and that the US/NATO are fighting war against Russia as part of the US National Security Strategy 2018 which openly declared “US military objectives were to wage ‘great power conflict’ with countries like Russia and China.” Hence, Xi is not at all interested in withdrawing support to Moscow.

The three contrasting views above have lead us to ask: are the Chinese really good at myth making? Or as the Chinese say, why is it the West always gets it wrong about us?

In the current world crisis situation caused due to the Russian invasion of Ukraine, everyone in Washington and Berlin and Paris is wondering why is China risking its global trade and international image by refusing to give assurances that it will not “bail out” Russia as against the Western sanctions? Why is China willing to get entangled with countries with which it has a quarter of its total trade as compared to Russia with which it has only 2.4% of its total trade? How credible is the view that with Russia as an ally totally diminished, China is not having a good war?

It is quite telling how Beijing, in reply to the above questions, has responded by creating the following myths: first, by abstaining on the UNSC vote on condemning Russia for invading Ukraine, China has convincingly conveyed to the world that China is likely to stay on the sideline; the second big myth Beijing has been successfully spreading is that the real target of the US push behind the Russia-Ukraine war is Beijing, and not Moscow; and the third myth China has effectively woven exclusively targeting the European Union is Beijing’s serious concern that the European countries are threatening a harder-line stance towards China.

Additionally, the biggest of all myths the Chinese have created is the manner in which Beijing has successfully projected its “marriage of convenience” equation with Moscow as better than having a “security alliance” between two aspiring partners or allies. It is indeed remarkable how the US has been led to believe that, in spite of China and Russia being poles apart in their respective analyses of international politics, the two “bosom buddies” have been lumped together as threats to US national security. Look at how Shi Ze, who once served as China’s diplomat in Moscow, recently summed up the different worldviews of China and Russia: “China and Russia have different attitudes. Russia wants to break the current international order….Russia thinks it is the victim of the current international system, in which its economy and its society do not develop. But China benefits from the current international system. We want to improve and modify it, not to break it.”

Perhaps totally unaware of the Chinese art of myth-making, veteran international affairs observer and Le Monde war correspondent Michael T. Klare has called the Chinese leadership’s support to Russia as “faulty assessment.” “Historically speaking, the Chinese Communist Party leadership has been careful indeed to gauge the ‘correlation of forces’ when facing foreign adversaries. They provided considerable military assistance to the North Vietnam without being viewed by Washington as requiring counterattack. Similarly, on Taiwan they [Beijing] have so far avoided any direct move to seize it by force and risk a full-scale encounter with potentially superior US forces,” Klare opined.

On the contrary, as the war in Ukraine enters 42nd day, and despite reports filtering in that Russia has decided to withdraw its assault on Kyiv, Beijing feels it is in a pretty comfortable position that the war has not yet ended. A Chinese economist has recently unraveled the Sun Tzu-style “secret” military thinking known to all those residing in Beijing’s Zhongnanhai or inside the “forbidden city.” In a signed article in Professor Li Wei of Cheung Kong Graduate School of Business in the Chinese capital has revealed that a school of thought in Beijing believes, the raging war in Europe is just like the opportunity that followed the “9/11” terror strike in New York – the US devoted itself to combating Islamic terrorism and eased its pressure on China.

Finally, citing Hu Xueyan (1883-65), the only member of the merchant class who was decorated by the late Qing rulers for his business acumen, Professor Li Wei wrote: “The only thing you need to be a successful merchant is the vision. As in business, so in (military) strategy.” So what can China effectively do as the war in Ukraine rages on? One of the most intriguing questions since the beginning of the Russian invasion of Ukraine has been whether China knew of the invasion plan when China and Russia issue their joint statement on February 4? If true, it would mean Beijing indeed had been planning to act on a strategy inspired by Sun Tzu’s advice, also known to be the basic mindset of the Chinese philosophy’s Yin-Yang concept – “In the midst of chaos, there is also opportunity.” Or as Li Wei put it, to end years of the US-led “Trumpian” hostility towards China, the leadership in Beijing has now decided to act. Accordingly, instead of “waiting to hitchhike,” the mood in Beijing now is to take the initiative into its own hands. Much more on this in my next post.