Role of the IAF in a Two-Front War 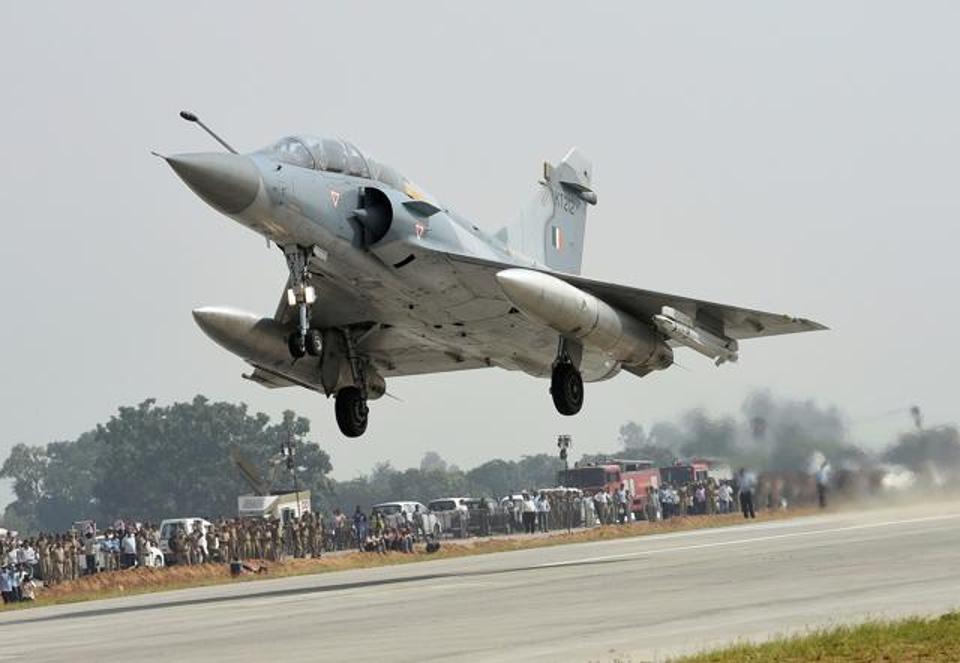 As for the PLAAF, it has a substantial superiority in combat aircraft holdings especially so in terms of the numbers it can field in Tibet. China has been indulging in irritating pinpricks across the border and has been making use of its military on the ground on ‘disputed territories’ to remind India of its larger territorial designs. The gradual militarisation of Tibet and the building of infrastructure there is another area of concern for India. A scenario wherein manned and unmanned flights over Indian territory start supplementing the transgressions on the ground, would test India’s strategic fibre and new rules of engagement would have to be prescribed, just as in the case there are transgressions on the ground.

Inarguably, the current darling of the IAF is the Su-30 MKI, a true air dominance fighter permitting multiple offensive missions due to its speed, firepower, manoeuverability and extended range. With 12 hard points for armament, the Su-30 MKI can also carry the air-launched BrahMos cruise missile which may be expected to be used against strategic targets such as dams, power stations and industrial clusters. Indian Strategic Forces Command (SFC) has also asked for 40 nuclear-capable strike aircraft for the IAF. This, in all probability, will be the Su-30 MKI. Clearly, these roles of the Su-30 MKI render it a crucial player of a two-front war. During exercises designed to rehearse the IAF’s capability for a two-front war, the Su-30 MKIs have been flown across the country over missions 1,800 km; take-offs from airfields in Assam in the East and flights to the Western front with air-to-air refuelling en route, have validated the concept of flexibility of air power and the ability to switch theatres when necessary. With such extended ranges possible, the IAF has the choice to build or develop air bases all around the country as opposed to the earlier ones close to the border with Pakistan.

There is the issue of numbers though. The planned strength of 272, when achieved in 2020, will still be far short of the number of aircraft with similar capabilities that China can deploy. The poor serviceability of the Su-30 MKI fleet in recent months has been a cause for concern. Hopefully, this problem will be alleviated by the planned upgrade of the Su-30MKI to Super Sukhoi, which will have the AL-41F turbofan engine currently powering the Su-35. India has reportedly deployed Su-30 MKI fighters in Chabua and Tezpur obviously with China in mind. In addition, India is speeding up the upgradation and renovation of Advanced Landing Grounds (ALGs) especially in Arunachal Pradesh where the Chinese threat is most likely to come. Five ALGs (Mechuka, Ziro, Along, Walongand Pasighat) are operational and another two (Tuting and Tawang) are likely to be operational soon. Another ALG is proposed to be reconstructed at Vijaynagar but some delay is expected as the roads serving that area are inadequate to support the task. Last year, a Su-30 MKI landed at Agartala, a civil airport. Thanjavur and Pune are other peacetime locations from where Su-30 MKIs would be moved when required to undertake missions directed at Pakistan. However, by itself, the Su-30 MKI/Super Sukhois may not be an adequate deterrent or winner in a two-front scenario.

The planned strength of 272, when achieved in 2020, will still be far short of the number of aircraft with similar capabilities that China can deploy…

In pursuit of air defence of the nation, India is trying to get the Russian S-400 Triumf Surface to Air Missile (SAM) system. The IAF is already using three Israeli Phalcon AWACS on the Russian IL-76 heavy-lift aircraft to detect aerial threats from jets or missiles even from a distance of 400km away. Fifteen more are planned to be added to IAF’s inventory in the coming years but consummation of this plan is in jeopardy as the price of the IL-76 has been hiked so much that even the deal for the next two AWACS aircraft is on hold. An indigenous Airborne Early Warning and Control System (AEW&C) christened ‘Netra’ was handed over to the IAF during the Aero India 2017 in February this year, making India only the fourth country after US, Russia and Israel to have developed the technology on its own.

The MiG-29s, Mirage 2000s and the upgraded Sepecat Jaguars would continue to be available to the IAF for at least a decade to come while the MiG-21s and MiG-27s would all have been retired from service by 2024. The 36 jets that are to be inducted will form two squadrons one of which will be located at Hashimara in the East facing China and the other at Ambala in the West facing Pakistan. The deal for 36 Rafale jets is a small consolation and in any case, commencement of delivery is still a couple of years away with the last of the 36 aircraft expected only by 2024. The Rafale is nuclear-capable and can reach substantial parts of Tibet and most parts of Pakistan. The IAF needs to get a much larger number of Rafale jets to justify the investment in infrastructure as also the high cost of training pilots. The probability of that happening appears low as the current buzzword is the new single-engine fighter and the associated hype about Make In India!

The process of selecting a single-engine fighter is moving at a characteristically indolent pace and at the time of writing, the Request For Information (RFI) is expected to be issued in October this year for 114 aircraft. The Lockheed Martin F-16 and Saab Gripen are the hot contenders and both have been lobbying strongly while entering into Joint Ventures with Indian entities (Tata Advanced Systems Ltd. and Adani Group respectively) in the hope of landing the contract. However, the selected aircraft will take a long time to become effective at the front line as only 16 aircraft are likely to be flown off the OEM’s assembly line with the rest being manufactured in India.

The widening gap in squadron strength is not likely to be filled by the indigenous Light Combat Aircraft Tejas which is yet to be operationalised. The availability of an operational Tejas Mk1A variant is not expected before 2022, while the Tejas Mk1 already delivered and being produced, is not an operational aircraft. In any case, Hindustan Aeronautics Limited (HAL) is presently capable of producing only eight aircraft per year and that rate of production is slower than the expected attrition of the older aircraft. HAL has plans to double the rate of production, though the timeframe for this achievement is not defined. Even when operational versions of the Tejas become available, their capability will be no match for the single-engine aircraft selected, be it F-16 or Gripen. However, in terms of numbers, the Tejas can be spread to cover larger expanses of the two-front war scenario the IAF could face.

The collaborative Fifth Generation Fighter Aircraft (FGFA), planned to be developed jointly by India and Russia, is an unknown that may enter the two-front war calculus in the distant future. Right now, there are too many uncertainties about its future and there have already been several mis-starts.

Addressing the gathering at the Air Force Day parade on the occasion of the 85th anniversary of the IAF, the CAS said, “The nature of conflict in the present geo-political environment may require us to fight a short and swift war for which we need to be alert and prepared to fight on a short notice.” Ideally, the IAF should have had the staying power of fighting a two-front war for 30 days. As of now, that is a distant dream. So is the dream of achieving a 42-squadron strength. The uncertainties of the FGFA’s future, the final capability of the Tejas, the choice of a single-engine fighter and the time it would take for it to enter service, when weighed against the certainty of a dwindling MiG fleet, paint a grim picture at the moment. Whenever the IAF does reach a strength of 42 squadrons, it would be time to reassess the sanctioned strength in the context of the prevailing geopolitical realities. In all probability, a review by the IAF will find the figure of 42 inadequate to the task of fighting a two-front war. 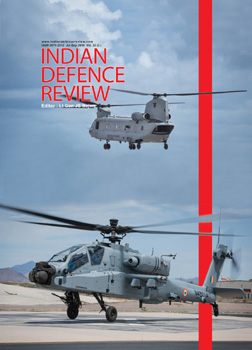 In the context of a two-front war, according to Brigadier Gurmeet Kanwal (Retd), “India cannot hope to terminate the conflict on India’s terms and impose the nation’s will upon the adversaries.” However, as the IAF grapples with the possibility of a two-front war, it is determined to give a good account of itself if hostilities become unavoidable. This is evident from the Chief’s iterations in the recent past and in consonance with historical evidence of IAF’s culture of proud professionalism. It is for the government to find the means and the inclination to meet IAF’s critical aircraft and equipment needs. It would also be advisable for the government to re-examine the establishment’s acts of commission and omission over the last three years or so which are tending to erode the morale of the defence services.