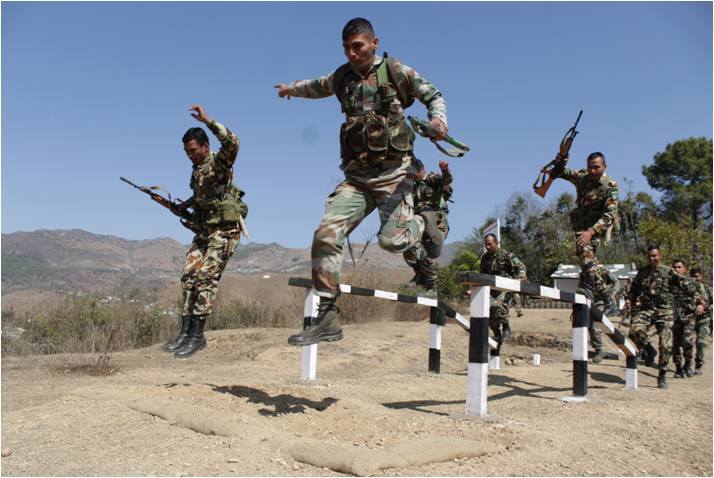 The Minister of State for Defence Ajay Bhatt informed Rajya Sabha in a written reply to a question in July that read, “The average annual recruitment in Army, Navy and Air Force is 60,000, 5,332 and 5,723 respectively.” However, he “dodged” the question about whether the average recruitment figure is more than the proposed annual intake of ‘Agniveers’ and, if so, how the shortage of manpower in the Armed Forces will be met.

On average 60,000 personnel superannuate from or leave the Army annually. Average figure of personnel superannuating or leaving the Navy and Air Force annually is not known but could in the region of 5000-7000 for both these services combined. The current government plan is to induct 45,000 Agniveers annually with 25 percent to be retained after serving for four years in the military. This implies that the manpower deficiencies in the military will keep multiplying – 45,000 intake versus some 65-67,000 going out annually. Thereby implying that every year there will be an additional deficiency of 20-22,000 personnel added to the existing deficiency of 1.2 lakh. The government may or may not be planning to increase the Agniveer recruitment but with the four-month basic training before their induction, it certainly would adversely impact the cutting edge no matter how many think otherwise for whatever reasons.

Moreover, the precedent being drawn of short-term military service in countries like the US and Israel is pure woolly-headed because these countries do not have to defend land borders, in difficult terrain and in battle conditions at the scale of what India must do. The cutting edge is critical for the Army’s showing in the context of the battlefield environment in our case. Agnipath’s implications for the regiment-based cutting edge must also be viewed in light of cohesion required at the cutting edge. The impact of Agnipath on the regimental system with the inevitable All India All Class (AIAC) system to follow must be kept in mind notwithstanding political assurances which are invariably momentary.

Subsequent news reports of August 11, 2022, have quoted unnamed sources of the Ministry of Defence (MoD) to say that the Army plans to cut its strength by around two lakh over the next two to three years from the current 12.7 lakh as part of a “streamlining” effort. The same sources also have been quoted to say that the government wants a leaner and modernized, tech-driven Army, and that the proposal is also being seen as an attempt to reduce the Army’s ballooning salary and pension bills that the government considers a hurdle to modernization of the force. However, the reality is being missed in this debate. With the last recruitment undertaken in 2019, the soldiers who joined then will be entitled to pension when they retire earliest in 2037 (after minimum pensionable service of 17 years). No saving in the pension bill will occur before that.

The grouse about defence pensions ‘without’ touching the ballooning salaries and pension bills of the civilian defence employees and the many times more expenditure on the civil services has been addressed through the Agnipath scheme in accordance with the wishes of the ‘deep state’, also making it the only mode of future recruitment. But the line “Army plans to cut its strength by around two lakh over the next two to three years” deflects from the fact this is dictated by the MoD, given the demonstrated fact that the Directorate of Military Affairs (DMA) provides the shoulder from which the bureaucracy has been firing at the Armed Forces without any qualms.

The absence of a CDS is conspicuous since December 2021 albeit it may have not made much difference in decisions as above. Widening of the criteria for selection of the CDS to veteran Chiefs and three-stars is likely only a red-herring as the search perhaps is for a serving incumbent who is the ‘most’ pliable. But the red herring has got some veteran three-stars (CDS hopefuls) activating political connections, with one penning that Agnipath is the best thing that has happened in Independent India – mercifully stopping short of saying China may vacate Tibet out of sheer fear of Agniveers.

It is unclear whether this reduction of two lakh manpower in the Army is going to be in addition to the existing shortage of 1,15,779 manpower or inclusive of the present shortage. It will unlikely be achieved in two-three years with 60,000       personnel superannuating on an average annually and induction of say 35,000 Agniveers annually out of the 45,000 being recruited for the military. Either way it will adversely impact the Army especially with the continuing standoff with China right from Siachen(which faces both China and Pakistan) in Ladakh to the easternmost extremity of our border with China in the  northeast.

It may be recalled that since 2010, the Ministry of Home Affairs (MHA) wanted the Assam Rifles manning the 1,643 km long India-Myanmar border to be replaced by the Border Security Force (BSF). However, in a meeting between the then Army Chief General Dalbir Singh Suhag and LC Goyal, the then Home Secretary in May 2015, it was decided that Assam Rifles shall continue to be deployed along the Myanmar border as an “interim” measure. Subsequently, RN Ravi, Chairman of the Joint Intelligence Committee held a meeting on the issue and submitted a report to the MHA.

The above happened because the BSF told the MHA that they would need to recruit at least 42,000 men for the force to be deployed along the India-Myanmar border. Media had then quoted a “senior official” of the MHA who said, “As far as financial implications are concerned, it makes sense for the Assam Rifles to continue there, as they would have to recruit only a few thousand additional men. As far as BSF is concerned, new installations and manpower need to be raised. The government does not have that much money to support BSF’s recruitment plan now.” The MHA official also said, “The BSF had a proposal to raise 42 battalions, but it was brought down to 37. Even then the financial implication of raising additional battalions of Assam Rifles is much less than that of the BSF.”

The irony is that our armchair strategists looking for political favours refuse to accept that despite the hype of induction of Artificial Intelligence (AI) based military assets, all domain and non contact warfare, Indian Armed Forces will continue to rely on the enduring fighting spirit of the soldier and use of numbers to win future battles. Dictating that the Indian Army should cut down its strength by two lakh in two-three years is what in the military parlance is termed pre-supposing or fixing an appreciation. But for the deep state there is no urgency to evolve a national security strategy and conflict can always be managed through media that is available for sale.

Whatever is written by veterans is generally brushed under the carpet saying these writers needlessly dream up ‘emperor’s clothes’; whereas there are no clothes at all. The attitude is that the missive from the top must be accepted as gospel truth – fair or foul. But the bottom line is that the Army needs rightsizing, not arbitrary downsizing. The question is will the Army hierarchy take up the issue with the government or accept it as fait accompli hoping for the best.