Rheinmetall will modernize Leopard tanks and weapon systems for Canada

Rheinmetall has just booked two important orders for equipping the Canadian armed forces, worth a total of €87 million. 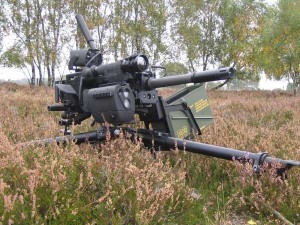 Rheinmetall Canada Inc. of Saint-Jean-Sur-Richelieu, Québec, has been selected to supply the Canadian Army with grenade launcher systems and the accompanying ammunition. The order is worth approximately €70 million.

Under the “Close Area Suppression Weapon” (CASW) project, the company will supply the Canadian Army with a total of 304 automatic grenade launchers by January 2012. They will be deployed under the designation “C16 – Automatic Grenade Launcher System”.

In its capacity as general contractor, Rheinmetall Canada is responsible not only for project management, but also for complete assembly and integration of the Vinghøg fire control technology made by the recently acquired Rheinmetall subsidiary Simrad Optronics of Norway. Rheinmetall Canada is also in charge of logistical support and supplying spare parts as well as servicing and maintaining the C16 during military operations.

This order also includes 250,000 rounds of 40mm practice and service ammunition, to be delivered in several lots. 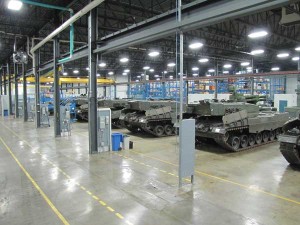 Canada has also contracted with Rheinmetall to modernize and overhaul Leopard main battle tanks taken over by the Canadian Army from the Dutch armed forces; the order is worth around €17 million. By the start of 2012, a total of 42 Leopard 2A4 main battle tanks are to be refitted to meet Canadian Army standards and enable integration into existing C4I structures.

The two orders underscore Rheinmetall’s wide spectrum of competences as a leading supplier of army technology — ranging from heavy armoured platforms to individual weapon systems and the accompanying ammunition.