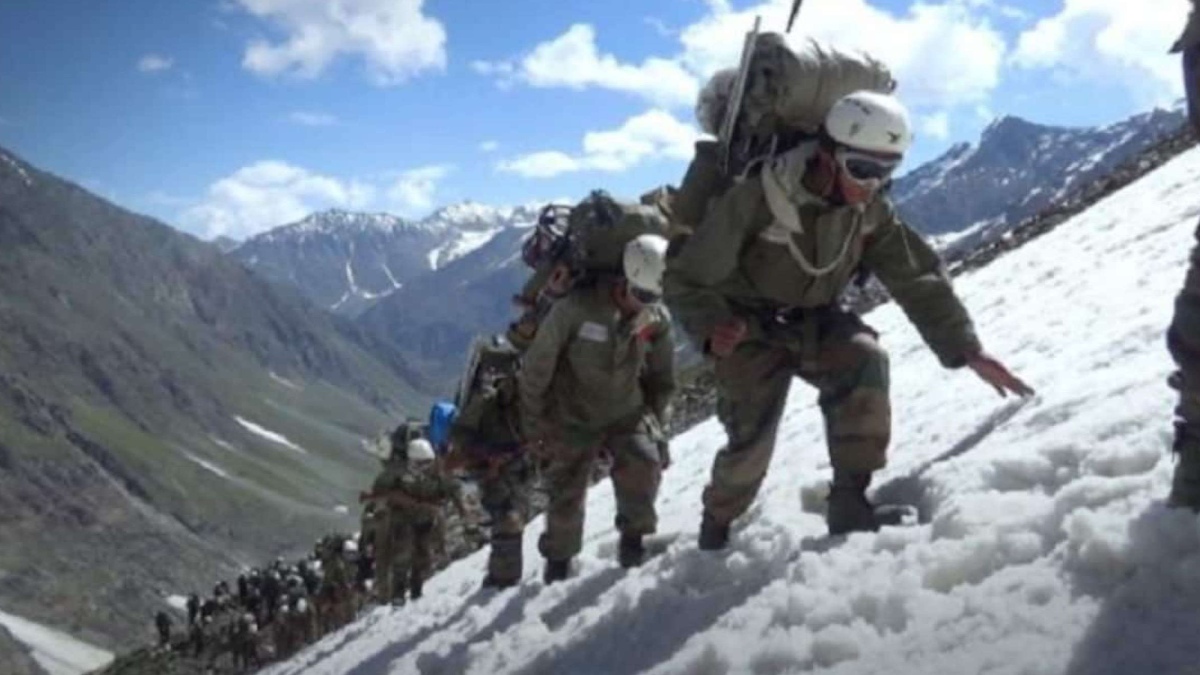 Was our Strategy against China Reactive?

One of the reasons of adopting reactive/dissuasive strategy against China by various decision makers was India’s faith in the five treaties which emphasized on Confidence Building measures (CBM) between China and India, . Although the basis of the faith was on slippery grounds in light of Chinese repeated misadventures like 1962, Sumdurong Chu, Doklam,to name a few.The fact that Chinese have been dragging their feet on demarcation of LAC/Border settlement also proves the fragility of any agreement with them. Except for few proactive actions at tactical/operational level like Pangong Tso heights, Nathu La, and Doklam, by and large, the Indian strategy against China has been reactive at strategic plane.

Voices for “China being Enemy No 1” and proposals to have mountain strike corps have been on the tables of South Block since long.The delay in completing the raising of Mountain Strike Corps apparently, has been due to economic and bureaucratic reasons, together with the idea of not disturbing peace and tranquility on borders. As also, due to over-reliance on CBMs, BPTA and other agreements, despite China violating them repeatedly.The fact is that incidences of patrol face-offs and soldiers pushing and shoving each other,have been quite frequent, which remains an unsatisfactory arrangement for any professional force to guard borders/LAC without firing.

Hasn’t the Need of having Mountain Strike Corps become Inescapable?

After China junked all the CBM’s in Eastern Ladakh, and now reluctant to disengage in ‘Other areas’after disengaging North and South of Pangong Tso, it’s evident that de-escalation is nowhere in sight.With approaching summers, there can again be increased troop concentration and patrolling activities by both sides.With many similar actions taken by China along LAC in past few decades, it is evident that a reactive, defensive strategy will not compel China to negotiate LAC/borders., The need of dedicated Mountain Strike Corps for India is inescapable, to create worthwhile punitive deterrence against China, which can also be used elsewhere. As per media reports some re-alignment/rebalancing of existing offensive forces, grouped with adequate mechanized forces and requisite combat and logistic support elements is being done to create corps level offensive capability for Northern Theatre. Similarly a partially raised ‘Mountain Strike Corps’ for eastern theatre, with adequate flexibility of application in other theatres is also planned. It makes strategic sense to meet the offensive requirements of various theatres and is a reasonably practical option, till India completes further capacity building.

The much-referred division/independent brigade sized ‘Integrated Battle Groups’ is a concept tried in many exercises in the recent past with adequate media coverage, but there is a need for all such forces to operate under offensive Corps Headquarters, tasked for offensive role in adversary’s territory, so that they are oriented, trained and equipped accordingly, which is a time-consuming process. Historical experience of operations in these areas indicates that the theatre commanders by virtue of such long borders and wide span of control,had a tendency to manage their defensive posture as a higher priority.

To create a deterrence and not be reactive, India needs to inculcate offensive thinking to be looking for objectives into adversary’s territory and planning for posturing ready to exploit an window of opportunity.The logistics requirements and equipment profiling of an offensive corps has to be much different in terms of light tanks, guns, clothing and other equipment.It needs detailed planning and earmarking resources, which IBG’s are not designed to handle, and Theatre Headquarters will find it difficult to concentrate on offensive build up,due to large span of control.

The Mountain Strike Corps will pick up objectives across LAC, capable of threatening its vital objectives. There may be a need to pre locate elements of such offensive corps to minimize the acclimatization requirements and to cut short the mobilization timings.It is therefore recommended that the Mountain Strike Corps must be developed with Corps Headquarters, IBG and other components as part of it, on priority.This will impose required cost on China, making settlement of LAC/border issue a better option than not doing so.

India needs to adopt multi-pronged strategy to include military, economic, diplomatic and other elements of power. Preparing for ‘Two Front War’ for India is not a choice, but a compulsion, although it may/may not happen. The only way to avoid ‘Two Front War’ for India, is to convince the potential adversaries that it is capable of fighting it successfully and posing multiple front for China. This convincing has to be backed by building capability to do so. India seems to be working on it, fast tracking procurements and boosting indigenous production of necessary equipment through ‘Atma Nirbhar Bharat’, besides a tough stance by Forces on borders. India needs to be prepared to pose a threat to Chinese vulnerabilities in maritime domain in collaboration with Quad and other friendly navies. The overall strategic approach has to be proactive at tactical, operational as well as strategic level.