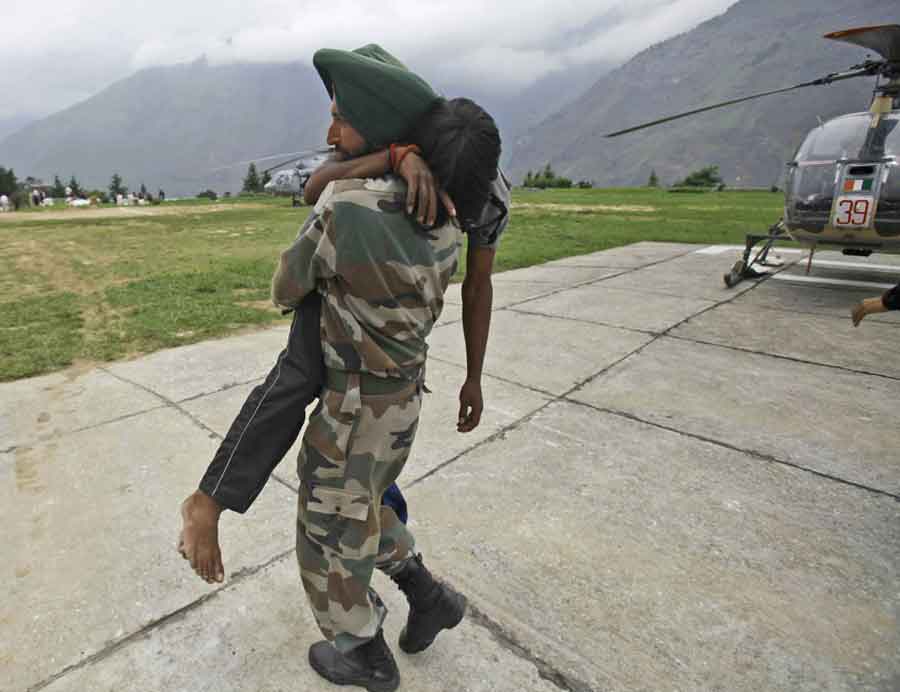 Today, the concept of international warfare has received a paradigm shift, moving away from its traditional concept, it has adapted the “globalization” extending the warfare to socio-economic and political domains. Today, the international arena is not only threatened from rogue/military states, but largely from terrorist organizations, whose activities grow rampant every day. Founded on radical ideology, these terrorist organizations pose a grave threat to the peace and security of the global order. It is important for policy makers to understand the “roots” of terrorism, evaluate their tactics, operational mechanism, in an effort to formulate a ‘decisive’ multi-purpose response to effectively address the issue.

It is important to note that, the international community has been unable to define terrorism. The continuous fluidity in “terror tactics” have heated the argument between academicians, security experts and policymakers failing which, none have come up with an appropriate definition, nor reached an agreement on a universal definition. The initial efforts in defining acts of terror is credited to the UN general Assembly. The then United Nations General Assembly adopted the Resolution 49/60 December 9, 1994, with the title “Measures to Eliminate International Terrorism,” containing numerous provisions on terrorism, states terrorism as:

“Criminal acts intended or calculated to provoke a state of terror in the general public, a group of persons or particular persons for political purposes are in any circumstance unjustifiable, whatever the considerations of a political, philosophical, ideological, racial, ethnic, religious or any other nature that may be invoked to justify them.”

The description further highlights the importance of international community to not only ratify on a universal definition but also effectively and efficiently counter it, with any means necessary. In order to counter acts of terrorism, the key question policy makers face is, what structure should be created in an effort to decisively respond the terror acts? What should be the rules of engagement in eliminating the terror threat? Most importantly, how should we intervene?

In order to resolve similar queries from international community, the United Nations, at the 2005 World Summit drafted a white paper on “Responsibility to Protect” doctrine which addressed the social, political, and economic challenges and their consequences in the wake of terrorist strike, while giving adequate “technical step by step” rule of engagements in the wake of terrorist incident.

Furthermore, the doctrine states that:

•  The State is not only responsible to protect its citizens masses from acts such as genocide, war crimes, crimes against humanity and ethnic cleansing, but also take adequate measures in safeguarding human lives.

•  The international community is responsible to assist states in fulfilling this responsibility.

•  The international community would extensively assist the state, using any means necessary, be it through diplomacy, humanitarian engage mentor any other peaceful ways to protect the masses of the state from further violence. If a state fails in its duty to protect its civilians or collaborate with the perpetrators of such crimes, the international community would prepare to take harsh measures against the state, including deploying peacekeeping troops under the guidance and supervision of the UN Security Council.

It would not be incorrect to state that, the role of Responsibility to Protect has changed the future of “mediation and resolution” tactics particularly in the light of recent conflict, rather a “breakthrough” in the field of conflict resolution. It further asserts the role of multiple actors responsible during times of conflict, inviting them on the table for deliberation, which has never been possible in the past, which then resulted in escalated conflicts, crimes against humanity and violations of human rights. It further calls responsible actors during conflict to deploy assets in those states which are unable to defend or unwilling to defend themselves. Experts argue on the legality of the doctrine, some strategic experts state the “nature” of the doctrine as obligatory, while some give legal definition of the doctrine. It is important for policy makers to analyse the extent of “Responsibility to Protect” and its application on eliminating terrorism and violent factions before making it the “foundation” of a policy for human security.

In an effort to understand the growing terrorism in the global order followed by the ramifications of “R2P” doctrine on these militant factions, policy makers must refer the doctrine’s application to two exclusive cases: Afghanistan and Iraq. The conflicts which continues to escalate in these two countries are implications of humanitarian intervention in conflict zones. Civilians have a disastrous effect from the conflict, as they become vulnerable to unspeakable violence and horror, shortage of necessary resources, acute repetitive exposure towards violence, on most occasions, even death. Hence it is important for policy makers to create a structure for humanitarian intervention within the backdrop of Responsibility to Protect doctrine, in an effort to identify solutions through peaceful means.

Afghanistan – The ring of fire

Taliban continues to spread “violence and terror” in many parts of Afghanistan. After grapping power in 1994, the Taliban was seen by the public as a symbol of “socio-economic prosperity and security”. The public’s expectations were soon shattered when Taliban began imposing religious policies, extending their policies by limiting women rights in the society and chopping hands in cases of disobeying religious laws. As Taliban began its rule of fear, the international community refrained using military intervention. International community began using isolating Afghanistan diplomatically, a classic technique of “non-dialogue”, imposed harsh restrictions through UN Security Council resolutions and tuff “political” stand against the Taliban. These “tactics” were used in the background of “soft power diplomacy”, as UN deployed health care workers with food aid, medicines and vaccinations.

It was not before Central Intelligence Agency received intel reports of Taliban hosting Osama Bin Laden and other “high-ranking” officials of Al Qaeda members, which changed the “rules of the game”. Quickly reacting to the Taliban’s intentions, White House formulated a strategy with State Department to topple the Taliban regime and install “democratic” regime in Afghanistan. The United Nations, initially hesitant in supporting the regime, decided to stand with it because of “humanitarian” fall-out during Taliban control.

Determined to take the battle forward, Taliban regrouped at the border of Pakistan, where with the help of radical groups operating in Khyber Pashtunwali provinces along with the backing of Pakistan Inter-Services Intelligence, Mullah Mohammed Omar, lead numerous skirmishes against the West.

After the fall of Saddam Hussain’s forces in October 2003, the vacuum of leadership so created, was filled by local fighters engaging in series of violent clashes under the banner of AQIM. Al Qaeda once hoped to establish an Islamic caliphate and arming “religious fanatics”, recruited fighters to defeat the US and its allies; it created a series of “humanitarian violations”, forcing the US and its allies to take stringent measures. The “once dreaded” terror faction not only targeted Shia Muslims, but also assassinated public officials, and targeted police patrols in an effort to spread de-stabilize the government. Taking a step too far, Al Qaeda members did not limit themselves from beheading propaganda tactics.

In an effort to prevent Al Qaeda’s expansion in Asia, the international community ratified the United Nations Security Resolution 1267, which banned Osama Bin Laden and his associates from entering into any country which ratified the document and designated him as terrorist. In addition to this, the resolution comprised of numerous clauses which introduced sanctions on individuals or entities that were directly or indirectly associated with Al Qaeda, Osama bin Laden and/ or the Taliban. Since then, the UN is strictly “jolting the knobs” of Al Qaeda’s influence in the world, apprehending the members operating today.

There was a rampant pace in the US administration, particularly after 9/11, when the Department of State, the Pentagon and Washington coordinated “military” strategies to eliminate Al Qaeda once and for all. This was an “independent” approach and UN was neither consulted nor sought to support their decision. Nonetheless, have famed for crimes against humanity, acute violence, international community was forced to take harsh measures against Al Qaeda, which was soon replaced by military “aggressive” strategies.