Re-structuring of the RR Headquarter? 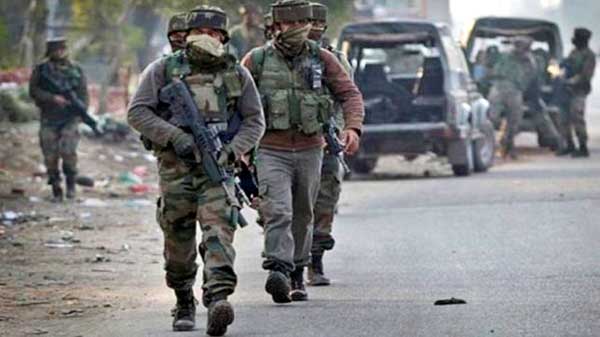 In a recent issue, the Daily Excelsior of Jammu informed that the Army was contemplating re-structuring of the Rashtriya Rifles Headquarters for better operational capability and strategic and logistic efficacy. Rashtriya Rifles (RR) force was raised soon after armed insurgency surfaced in Jammu and Kashmir in 1990. Ever since, the force with headquarters in New Delhi, has been fighting the jihadi armed groups raised in Pakistan and helped to sneak into our side of the border across both LoC and International border.

It is more than two decades and a half that the force is operating in J&K, particularly the valley. It has inflicted heavy losses on the enemy but has also suffered casualties at their hands. The question is not of numbers killed or captured. The real question is that after nearly twenty-seven years of operation, the institution and the network of armed insurgency have not been totally eliminated or destroyed. Therefore it becomes pertinent to find out why the situation is like that and what are the precise counter measures that might succeed at the end of the day to bring back normalcy to the war- torn State?

Let us analyse the issue threadbare.  We call it a proxy war. That is misnomer.  A proxy war is usually fought by mercenaries. Those who are fighting in Kashmir are not mercenaries but jihadis and a jihadi is one who fights and dies for the religious conviction and not for money. And those fighting for religion do so essentially owing to two motivations. One is that they are indoctrinated methodically in homes, seminaries, mosques, and public places that their religious beliefs demand them to fight for the global expansion and victory of the faith. It is not only to dominate the human society and civilization but to rule over it as ordained in the scriptures. The second component is that of hatred for the unbelievers, particularly the polytheists and idol-worshippers for whose destruction the faith was sent by the God.

These two motivations do not produce only the Islamic warriors but also a re-oriented Islamic society dovetailed to a distinctive ethos that must lend full support to the mission undertaken, especially when the enemy is a kafir. What is the overarching contour of the ethos in question? The entire society at home and its Diasporas anywhere in the world are enjoined by conviction to get actively involved in the mission politically, psychologically, socially and financially. We naively give the epithets such as Islamization or Wahhabization or Arabisization to the emerging ethos whereas it is actually preparing the entire Muslim community for outright domination of humanity.

What has contributed to the strengthening of this ideology is the surprising success which it has been able to record in theory or in practice by gradual stages. The current stage could be considered its culmination point essentially because of the tremendous use of highly sophisticated and effective information technology of which the missionaries as a whole have made the best and the fullest use. Therefore, no wonder that the jihadis sent from across the border to fight in Kashmir are  equipped with the most sophisticated means of electronic communication, which the RR and other security establishments do not have or have to import belatedly.

The Islamic ethos sought to be created in our times involves the entire community and not only the jihadis or their networks and organizations. The entire ummah is behind the mission and it is easily noticeable anywhere in the world as far as their operations in Kashmir are concerned.

Therefore, Indian security forces, be it the Police, BSF, CRP, ISBT, Commandos or the Army, one and all, have to understand that they are not fighting only the armed jihadis hiding somewhere in the forests away from the habitats but they are fighting the entire ummah or the community. There may be a few hundred of the armed jihadis against whom the RR might exhibit superior tactics of fighting but what is to be realized is that the vast society, unarmed and untrained for military operations, is most tenaciously supporting the gigantic mission of a new dominating and ruling ummah.  It is not a proxy war it is actual fighting between two sides in which one side is motivated by a deeply embedded life-mission and the other side is motivated by professional allegiance to a system.

The political leadership and the civilian administrative structure in the State will not deviate an inch from the guidelines of the “divine” mission not for the sake of threat to life but because of intensity of conviction. There is no threat to anybody’s life whatsoever in Kashmir and the crores of rupees spent on the security of so called VIPs is sheer wasteful and unnecessary expenditure.  These VIPs speak the language of the jihadis on public platforms, inside and outside the legislative assembly, in mosques, offices, on playing grounds, farms and fields, in marriage and in mourning assemblies, in hospitals and in clinics and all conceivable places. The idiom is one, the intent is one and the implication is one.  And we have sycophants to lionize them just because they have inherited the ethos of slavery and servitude as their family trait.

What does it mean to shift the RR Headquarters from New Delhi to Udhampur in J&K? Is this shifting a solution to the situation facing the Indian nation? Why don’t the army commanders come to grips with the situation described above? Indian civilian leadership should stop passing the buck. That means cowardice inherent in their blood.

We need to stop these pointless gimmicks and hollow gestures and come to grips with the matter in hand. The country is at war and the war that is raging is totally different from the war we are used to know. This war makes the huge arsenals almost useless and at no time do the jihadi insurgents move in groups numbering more than five or six of them for whose liquidation we need police, CRP, Commandos and Army contingents and companies several times larger than the number of the armed jihadis.

The entire spectre puts to question not only our vast defence establishment but essentially our pattern of democracy and much profaned secularism. The ground situation beckons for militarization of Indian nation, and this beckons for indoctrination of the whole nation of values and aspirations of our nation. Why only pit the RR or other forces against the jihadis, why not the entire nation, its resources and its capabilities. Why not modify pernicious rules and regulations that are openly obstructing freehand of security forces? The entire nation, trained, equipped and indoctrinated in patriotic ideology must march into Kashmir in crores and not lakhs no matter whether there are or are not the cancerous articles like 370s or 35-As. It is a war of nations and a war of civilizations. It is not what the RR Headquarter has to think, it is what the Indian nation has to think and act. Talk of democracy, secularism and other isms only after Kashmir is retrieved. Talk to the am bivalents in their  idiom and get rid of Kashmir blackmail.

2 thoughts on “Re-structuring of the RR Headquarter?”