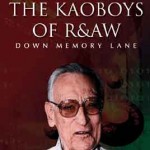 ‘The Hindu” of February 26, 2013, has carried an article  titled “ No Solace In This Quantum of Accountability” written by Samir Saran, Vice-President, and Abhijit Iyer-Mitra, Programme Co-Ordinstor of the Observer Research Foundation (ORF).It is about the accountability of the intelligence agencies.

My views on accountability are well known and I do not feel the need to repeat them. I wanted to comment on the following observation by the two writers: “ If folklore has it right, if R&AW had a charter, it would have legally pre-empted a former Prime Minister’s order to abandon operations in Pakistan. It cost India 30 years worth of accumulated ground assets and priceless reach.”

The R&AW had two kinds of operations in Pakistan—- for intelligence collection and covert action.

He ordered only the operations for covert action to be closed since he felt that such a gesture might facilitate his efforts to improve relations with Pakistan under the so-called Gujral Doctrine. He did not order the intelligence collection operations to be discontinued. It would have been stupid on his part to have done so. He, like all our Prime Ministers before and after him, understood the importance of a good intelligence collection capability in Pakistan. What he ordered to be closed accounted for only about 15 per cent of the R&AW’s operations in Pakistan. He encouraged the remaining 85 per cent to continue. 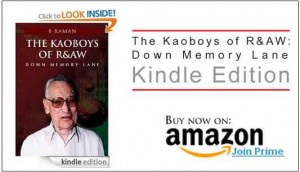 It was suggested to him that if he felt strongly on the subject, the covert action operations should be suspended, but not discontinued. He could not be convinced.

When the NDA Government under Shri Atal Behari Vajpayee came to office, the intelligence community was hoping that he would cancel Gujral’s decision and order  the resumption of covert action operations in Pakistan. To their surprise, they found that Vajpayee too, like Gujral, wanted the R&AW to focus on intelligence collection in Pakistan and avoid operations for covert action.

Some serving officers, who felt disappointed by the reluctance of Vajpayee to  resume covert actions, arranged a meeting for me with Brajesh Mishra, the then National Security Adviser. I met him in his office in New Delhi, and explained to him the importance of resuming our covert action operations in Pakistan.

He gave me a patient hearing and said: “ I am already convinced. You don’t have to convince me. But the Prime Minister (Vajpayee) thinks otherwise. We have to carry out his wishes.”

There the matter ended. Even if the R&AW had a charter, there was no question of its being able to pre-empt Gujral’s orders. As R.N.Kao used to say, the R&AW and the IB are the two clandestine swords of the Prime Minister. It is upto him to decide how they will be used. His desires and orders have to be observed. No intelligence chief can overlook them—charter or no charter.

5 thoughts on “RAW Operations in Pakistan”