Breakdown of the Joint-Family System: The breakdown of the joint-family system and the emergence of nuclear-families have robbed the army personnel of the inherent physical and economic security, which the joint families provided. With fragmentation of agricultural land, the accent now is more on education, which is available in any decent measure in only towns and cities, thus entailing a shift from agricultural backgrounds, to a life of urban isolation with all its attendant problems. The emancipation of women in India since the liberalization of the Indian economy is also striking at the very roots of the joint family system. 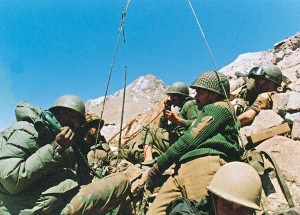 Rapid Urbanization of India: The phenomenal urban growth is not only confined to cities, but small towns as well, which are coming into existence by the day due to improved road communications. The Indian Army is no more an army drawn primarily from the agricultural society. Even in the rural areas, nearly 40 percent of the population is engaged in non-agricultural activities. The social and economic progress of the rural population invariably leads to shift from a rural to urban environment. The intake of the Indian Army therefore will be increasingly from the urban/semi-urban pool.

Deterioration in Law and Order: 40 percent of the Indian territory is affected by ‘naxalism’ and 10 percent by insurgency. These are the areas where the writ of the government is non-existent or minimal. Army personnel hailing from these areas can never feel comfortable about the security of their families, making them apprehensive. They find it difficult to concentrate on their job of providing external security and view the civil administration with contempt for not providing basic internal security.

Lack of Governance and the Growing Tendency to Challenge the Authority: The State’s failure to deliver on governance, the thriving corruption with money being demanded in some cases in the very first phase of an army career, i.e. recruitment, makes army personnel cynical towards established authority. This is rather being witnessed in other areas and organizations as well. The political culture and its byproduct mob culture have also demeaned the executive organs of the state.

The impact of the above has resulted in growing aspirations in the civil society and consequently the armed forces as well. In this regard, two examples are Apposite : at some places there have been demands for membership by personnel below officers’ rank for ‘golf clubs’; and the increasing number of ORs and JCOs buying flats through the AWHO. This change in cultural hierarchy has been engendered by the growing corporate culture, awareness and relatively easy access to means and resources.

The cumulative impact of the changing socio-economic conditions has been that like their countrymen the army personnel are not contend with just ‘pay and perks’, but also want certain privileges – the most important privilege being the avenue for growth. For them quantitative welfare measures are not enough, the emphasis being increasingly on quality. The leadership therefore has to be more imaginative and of much higher order than in the past. It is not that the army is not adapting to the imperatives of the fast changing times, but the process is slow. The army has been, and needs to continue as the bedrock of national integration and progenitor of some very effective and enduring institutional ethos, traditions, and practices.