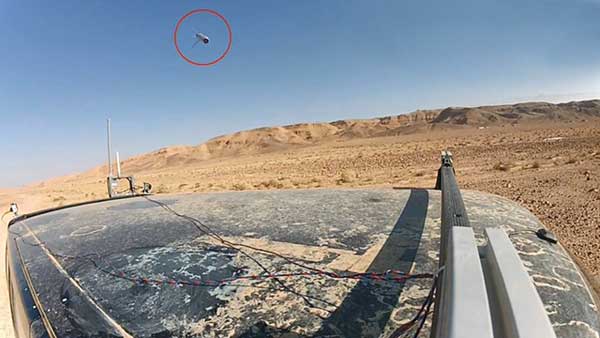 AEROSPIKE is a state-of-the-art, next generation EO/IR SOPGM system, designed to meet the needs of complex modern warfare. It is light-weight, high precision (CEP ≤ 3 ft), and offers an significant stand-off range of 30 km, all within a contested environment, independent of GPS.

AEROSPIKE incorporates RAFAEL’s advanced SPIKE LR2 precision guided missile technologies, including its dual high resolution EO/IR seeker, supported by advanced scene-matching technology and exceptional detection and tracking capabilities. A real-time data-link allows for seamless man-in-the-loop operation and advanced lethality with a combination of HEAT (antitank) and blast fragmentation warheads. AEROSPIKE’s precision, immunity, and lethality provide a decisive and powerful solution for Close Air Support (CAS) in call-for-fire, counter-terrorism missions, and as counter A2/AD in full-intensity conflict. It was specially designed for fixed-wing airborne platforms and allows engagement of both moving and static targets in daytime and night time conditions, and in adverse weather. 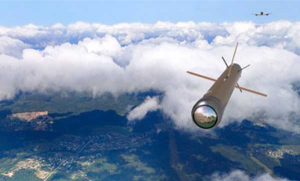 “We believe the AEROSPIKE can enhance the precision, lethality, and survivability of future SOCOM AOW [Armed Overwatch] squadrons, providing the Air Force Special Operations Command an advanced tactical CAS solution while keeping the war-fighter out of harm’s way. Today’s battle arena is saturated with portable air defense threats – like MANPADs – that require CAS elements to operate with greater precision and longer ranges; that is precisely what AEROSPIKE brings to the modern battlefield.”