Quest for the Golden Hind 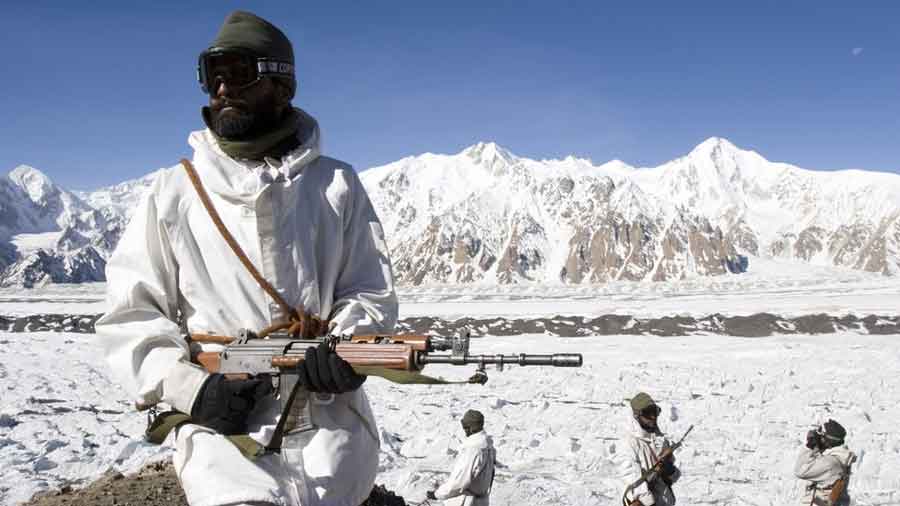 The Indian military might today is at its nadir with neither vision nor drive to achieve quantifiable goals. The Indian Army has become similar to a national ‘militia’, good only in numbers but lacking in punch or strong logistics backing. More than two decades of focus on counter insurgency and the deceptive jargon of ‘Low Intensive Conflict’ has blurred its prime requirement of being ever prepared to fight an all out War. If the Army stops asking for the necessary resources to fulfill its mission, then who else is to be blamed – the ‘survival instinct’ minded bureaucracy or the ‘next hustings-minded’ political class?

The fundamental lesson is that ‘national weakness’ will attract invasions.

On May 11, 1998, India last carried out nuclear testing of its warheads. While we have mastered the technology for producing fission warheads, we still have a long way to go for developing the knowhow for making fault-free and reliable thermo-nuclear warheads and neutron bombs. Equally important are the associated skills of bomb design with reduced size and weight, and the ability to maximize yield and shelf-life of our warheads. Also crucial is the capability to develop near perfect computer software for simulations and carry out cold testing in our nuclear labs. The capacity to have reliable and mobile delivery systems which incorporate stealth and non-traceable characteristics is also very important.

For a country of India’s population and geographical size, the capacity to have a powerful and state-of-the-art nuclear arsenal is very essential in order to insure that other countries respect our peaceful foreign policy and that we can safely carry on with our main task of economic development. To nurture a culture of scientific excellence in pursuit of vital national goals is not easy to achieve as this takes painstaking efforts, disappointments, steadfast commitment and superb quality of leadership. Being a large democracy which is generally in election mode in some part of the country or other, our political leadership is overstretched and cannot ignore populist compulsions. Therefore, national strategic considerations and retaining the ability to face long-term security threats is either ignored or postponed indefinitely.

To add to this self-deluding conundrum is the fact that our country’s bureaucratic elite is so well-entrenched and heavily overburdened that they cannot ever be made accountable in any way for their near total disinterest in taking any worthwhile initiatives for ensuring efficient security-related national mobilisation of resources and coordination of efforts or their unbelievable lack of knowledge and depth of understanding as also seemingly ‘blind’ policy shortcomings.

There is the inescapable need to create excellence in both Basic and Applied Sciences research standards in our country.

Geopolitical Scenario in the Decade Ahead

The Paris Peace Deal of 1973 paved the honourable way for USA’s exit from the Vietnam quagmire and later on sealed the fate of South Vietnam being overrun by North Vietnam. After American exit from Afghanistan in 2014, the country will come under an Islamic dictatorship. This regime is most likely to be aligned with Pakistan and be hostile towards Indian interests. The USA would less likely be involved militarily in global trouble spots thereafter unless her vital interests like energy supplies are threatened (read Saudi Arabia and Kuwait). The USA would seriously get involved in reshaping its economy and taking care of its enormous Government debt by cutting down public expenditures up to 2025.

In Asia, Japan is most likely to move out of the blanket security umbrella that the US provides and go for full-fledged re-armament and nuclearisation after 2020. This would become the primary concern of the Chinese leadership. The Japanese Navy would have to go for a large-scale expansion to protect the country’s sea lanes and secure its vital raw materials and energy imports.

In Pakistan, if an Islamist oriented political party comes to power, then conflict is likely to grow with the military establishment over who shall have the greater say in running foreign policy of the nation. To win public support, competitive anti-India policies are likely to emerge. Pakistan’s nuclear and missile delivery systems are likely to make great strides in both payload and range and be in a position to target any place in India by 2018. The flow of Arab funds and Chinese military technology in Research and Development would enable it to match India. Many countries of Europe and even Russia are likely to go into economic decline after a decade due to mounting economic problems, declining productivity, unmanageable national debt and ageing population. If economies cannot be competitive and dependence on natural resources crosses a certain limit, recession becomes inevitable with all the attendant social problems. India will have to carefully weigh investment opportunities abroad so as to reduce big losses if things go wrong in an unstable world.

Historical Legacy in the Indian Subcontinent

A politically united India has always been a dominant power in Asia and a source of stability for commerce to flourish. However, in the days of kingship all great dynasties had floundered after the third generation due to succumbing to the luxuries of power and degenerating corrupt practices. It is incorrect to say that traditionally invasions had come from the North-west across the Khyber region, as the British had worked themselves from the Southern coast and the Ahoms and Burmese had invaded from the East. The Manchus in 1792 had invaded Nepal from across the Himalayas and the Chinese in 1962 taught India the value of military power to settle border issues. The fundamental lesson is that ‘national weakness’ will attract invasions no matter from where and whatever be the times, as we are a continental country as well as an extensive maritime nation.

A politically united India has always been a dominant power in Asia and a source of stability for commerce to flourish.

Just as the French revolution unleashed the power of the citizenry of a Nation State, for which the Armies of the Kings of Europe had no answer democracy has granted deliverance to the vast population of India from the perpetual clutches of misrule by cruel and incompetent rulers. The human resources of a State are the ultimate wealth of a country if it gets nourished and developed properly over four generations. Countries which are not exposed to frequent wars take the dimension of national security lightly, always at their own peril – and this has been the case with India after attaining independence. A proper culture of understanding national defence needs, quietly developing the required sinews and this could take up to twenty years, and channelizing the energies and best genius of the people or nation to make it invincible in overt or covert wars has been sadly lacking in India over the past few decades. Even England under Margaret Thatcher was caught unprepared when Argentina invaded the Falkland Islands in 1991. 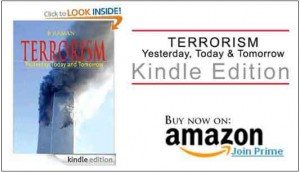 But superb intelligence and marshalling of available national resources, along with diplomatically achieved unbelievable degree of covert support from the US helped them to achieve decisive victory. In our own case, only a deliberate long term effort can guarantee us victory over our foes. We must strictly resist the urge to over-react to provocations, and guard against media-inspired military retaliations against our troublesome neighbours, who are prone to test our patience due to their fragile internal power dynamics. Quiet strength demands the exercise of the painful option of restraint, unless it converges with our deliberate strategy to destroy the roots of the hostility using also many other effective means.

2 thoughts on “Quest for the Golden Hind”