Qaedat al-Jihad in the Indian sub-continent, Islamic State and India

Meanwhile, bumper stickers and pamphlets, with Ak-47 assault rifle as their logo, swearing allegiance to ISIS have become quite rampant in Afghanistan and Pakistan. ‘Fatah’ (Victory), a 12 page booklet published in Dari and Pashto languages are being openly distributed in the outskirts of Peshawar. Islami Khilafat, local group supporting ISIS is behind the distribution of these pamphlets. [27]

…psychologically pressurized the Pakistani government’s foreign policy towards India, especially on the issue of Kashmir.  Both these nations now need to revamp and recalibrate their bilateral relations.

The emergence of ISIS is more troublesome for India, especially after frequent revelation of Indian Muslims becoming a part of the group. For example, Arif Majeed, who was a 22 year old Indian Muslim has signed up to participate with the ISIS and was supposedly recently killed in a US air strike. With social media revealing the upcoming trend of Muslim men wearing ISIS shirts and shouting slogans outside a mosque in Tamil Nadu, further led to the arrest of a Muslim cleric in the state.  [28]

Future of Islamic Caliphate in India

Mushirul Hasan, a prominent Indian scholar states that Muslims are the largest minority in India and the recent victory of Bhartiya Janta Party (BJP) has further bought the narrative of Hindutva into limelight. Muslims, the erstwhile rulers of India, are often termed as members of a pernicious settler colony by the Sangh Parivar. The emergence of BJP into the political spectrum has been playing two pertinent roles. Firstly, it has further psychologically pressurized the Pakistani government’s foreign policy towards India, especially on the issue of Kashmir.  Both these nations now need to revamp and recalibrate their bilateral relations. Secondly, ISIS and Al Qaeda have spotted this as an excellent opportunity to target the psychologically vulnerable Muslims in India, who would be feeling more insecure, turning back to the concept of ‘predatory identities,” Though, well renowned Pakistani scholars like Khaled Ahmed revealed that the entire future of Muslims in India depends mainly on the presence of Indo-Pakistani ties. [29]

Also, there are many reasons why ISIS or Qaedat al-Jihad would not be able to establish an Islamic Caliphate in India. There are several reasons behind this analysis.

Firstly, the current political tide in India is more about questioning the survival of secular India. In short, the debates on the threat of communalism are more essential, especially with the recent victory of BJP with a wide margin.

The geo-strategic closeness of Pakistan with Afghanistan would create a political inferno in the former, thereby being a hotspot for ISIS militants.

Secondly, the Indians who have been recruited in ISIS functioning in Syria and Iraq would be mapped out and later charged under the Indian law with the Indian intelligence working flawlessly towards arresting and searching their whereabouts, as already discussed in this paper.

Thirdly, the withdrawal of US forces from Afghanistan would be more of a danger to Pakistan rather than India. The fragile Afghanistan state, which suffered failure due to the flawed inception of neo-conservative ideology by America, is in a political chaos. The geo-strategic closeness of Pakistan with Afghanistan would create a political inferno in the former, thereby being a hotspot for ISIS militants. While US is no power to bomb ISIS militants in Syria and Iraq due to the lack of geo-strategic intelligence, would definitely not take a radical step in the coming months and adopt an equidistant approach. 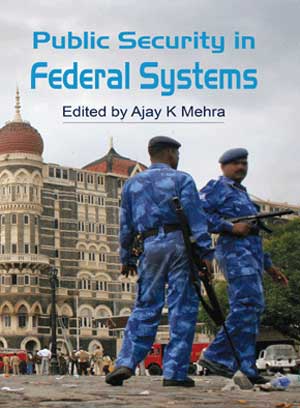 The impact of Qaedat al-Jihad and ISIS on India would reveal its potential, power-politics and repertoire in the coming months. The metaphor ‘play within a play’ becomes even more pertinent in Indian politics, as on one hand, a Hindu nationalist party BJP has won the 2014 elections with a wide margin, thereby further questioning the presence of secularism in India. On the other hand, the marginalized Muslims in the Indian sub-continent, trying to safeguard them from ‘predatory instincts’ are getting recruited in a wider web of terrorism, both in Qaedat al-Jihad and ISIS, which is further linked to the resurfacing trends in international politics. Currently, the signs of future of Islamic Caliphate in India seem weak, taking into consideration the basic majoritarian- minoritarian divide. Also, there has been a quantitative and quantitative incommunicado within and around the Islamic militant organizations in South Asia, which would definitely take time to restructure again.  Secondly, the rise of Islamic militancy depend more on the socio-political and economic conditions rather than mere religious overtones. If the coming years of BJP administration in India, specifically are able to satiate the standards of living for the nationals, the religious ideologies would definitely take a back seat. It would function both in the case of hard core Hindu nationalist state or the future of Islamic caliphate in India. Nevertheless, with the Arab spring still unfolding, both in terms of its revolutionary and counter-revolutionary forces, a very straight shooting, impeccable and exhaustive analysis of the future of Islamic caliphate in Indian sub-continent demands an extensive analysis. It is only then, when the ramification of the metaphor of ‘play within a play’ can be reconfigured.

One thought on “Qaedat al-Jihad in the Indian sub-continent, Islamic State and India”