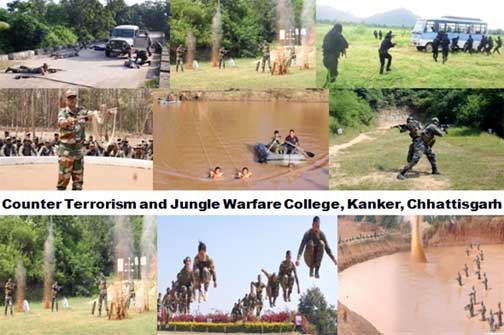 BJP MLA Bheema Mandavi and the four security personnel were killed as Maoists targeted his convoy of three vehicles, including the MLA’s bullet-proof one, in Dantewada District of Chhattisgarh on April 9, 2019. The incident occurred at Shyamagiri hills when the MLA’s convoy was heading towards Kuwakonda from Bacheli area, about 450 km from the state capital Raipur. Maoists blew up a vehicle in the convoy with an IED and opened fire at the occupants, escaping after the exchange of fire after taking at least three weapons from the victims. It may be recalled that ahead of assembly polls in 2013, 27 people, including  Congress leader Mahendra Karma and former union minister VC Shukla, were killed in a Maoist ambush in Bastar. Maoists took away all weapons, radio sets, bullet proof jackets and other equipment.

On May 1, 2019, Maoists torched 30 vehicles of road construction firm in Kurkheda sub-district of Gadchiroli, Maharashtra and later Maoists blew up a bus  carrying security personnel of the Quick Reaction Team (QRT) killing 15 police personnel and one civilian. The IED blast triggered by Maoists was only six kilometers from a police station. On April 10, 2019, Maoists had triggered twin blasts outside polling booth 115, to be used on April 11, using a Remote Controlled IED. Obviously all the weapons would have been looted. It is well known that a select group of Maoists were trained by the LTTE under aegis of Pakistan’s ISI, in use of mines and IEDs a decade and a half back and there is no dearth of explosives in the area because of road construction activity. Hence, the Maoists would continue to extensively use IEDs to ambush security forces.

With reference to the Maoist ambush in Gadchiroli on May 1, Maoists burnt 30 vehicles knowing fully well that the response of a so called QRT will move along this route. So they lay the IED and the QRT merrily walks into the trap and got killed just six kilometers from the police station, with Maoists observing the QRT moving out. The irony is that the QRT actually moved out after nine hours after the Maoists burning the 30 vehicles, which makes them a SRT (Slow Reaction Team). Cross country movement speed of commando being 8.5 minutes per kilometer, the QRT could have easily reached the site in 4-5 hours. But why would they, being ‘sahibs’, and nonchalance of seniors. These are observations by Brig Basant K Panwar, nickname ‘Pony’, who established the ‘Counter Terrorism and Jungle Warfare College’ at Kanker, Chhattisgarh in 2005 on invitation of Chhattisgarh Government, and has trained over 9,000 CAPF and 25,000 Police from multiple states though none of these CAPF are currently in Maoist belt due short tenures although their battalions remain.

Pony analysis every insurgency and counter-insurgency incident in the Maoists belt. He has been forthright in national seminars on counter-insurgency and has been advising the political and police hierarchy. His views published in regional newspapers read that lack of jungle warfare training results in disasters like the Gadchiroli ambush; it is necessary to train all personnel of CAPF and police in the Maoist belt – only then will they remain safe. Ironically, the approach towards the Maoists is akin to police reacting to murder; Maoists have committed murder, so they must be punished, but no effort made to analyze what facilitated the tragedy and taking to task seniors who indirectly abetted such tragedy with lackadaisical attitude. Over the years, CAPF have established their own training establishments similar to the Counter Insurgency and Jungle Warfare College at Kanker, but incidents in the Maoists belt indicate training is inadequate, some are  inducted without such training, officers hardly accompany their command and remain unaccountable.

ITBP. BSF and SSB are reportedly are performing far better in the Maoist belt whereas CRPF is getting killed and focus remains on evacuation of the dead, wreath laying ceremonies, move of dead bodies to respective villages, financial compensation and jobs to next of kin etc. The need to examine and ensure such tragedies are not repeated is brushed under the carpet with a host of awards. From the CRPF point of view, all the senior appointments are bagged by IPS cadre officers whose experience centres around law and order only.

The irony of the situation is that Maoist insurgency transcends multiple states and despite the CRPF being a central force, the Ministry of Home Affairs (MHA) shuns all responsibility other than dishing out battalions to states. The Home Minister has hardly strived to keep control other than announcing that the Maoist problem will be over in 2-3 years; just like his predecessor in UPA II. Hundreds of weapons have been looted by the Maoists from ambushes and attacking CAPF, but hardly any automatic assault rifles have been recovered in counter actions – as seen in media. The narrative usually ends with that the perpetrator (s) of particular ambush has been gunned down.  All policy makers are insulated from insurgency or terror activities by having layers of security around them. So they are neither concerned nor bothered. The political hierarchy remains ‘in awe’ of  the IPS since latter man intelligence agencies and dare not question them.

The February 14, 2019, Pulwama car bombing that killed over 40 CRPF personnel and injured another 30 others was termed intelligence failure by J&K Governor Satya Pal Malik. The CRPF had been asking for airlift with the backlog, which remained unanswered. On the fateful day, the convoy of some 2500 unarmed CRPF personnel returning from leave was not accompanied with requisite armed escort. No officer accompanied the convoy. The CAPF road opening party was inadequately prepared because it did not respond when terrorists opened fire after the blast. According to an insider, one explosive luckily did not trigger otherwise casualties would have been much greater.  But no one in the CRPF hierarchy was taken to task. No one was punished for the intelligence failure either. The IB chief, given six month extension in January 2019 just before superannuation, is being given another extension.  The NSA has stated that the “nation is indebted to CRPF for Pulwama” and the Prime Minister has urged masses at election rally to vote for Pulwama. As long as our focus remains on drawing political mileage from tragedies, there remains little hope for improvement.

6 thoughts on “Pulwama to Garhchiroli – training and accountability need focus”