Home  >  News  > Homeland Security  >  Psy-jihad against people from the Northeast

Psy-jihad against people from the Northeast 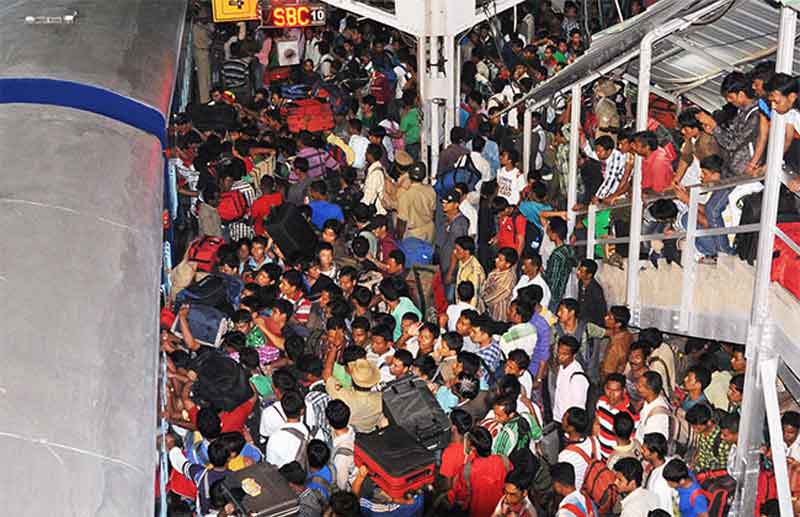 What we have been seeing since May, 2012, is a proxy jihad through the Internet and modern means of communications such as the cell phone and I-pad being waged by a new generation of IT savvy jihadis still unidentified.

After the Mumbai incidents which have been condemned by many leaders of the Muslim community, these unidentified elements have been directing their Psyjihad against people from the North-East…

Following these clashes, a group of as yet unidentified Islamic elements, possibly based in the Myanmar-Bangladesh-India region, started a vicious campaign through the Internet and the new social media sites for the demonization of the Myanmar Government and for promoting Islamic solidarity.

President Thein Sein of Myanmar was reported to have told a delegation of the OIC that visited Myanmar last week that through  the Internet and its social media sites these elements circulated highly exaggerated reports of what they called a genocide of Muslims in Myanmar with the help of morphed pictures of violent incidents in other countries not related to Myanmar.

This Psyjihad was meant to destabilise not only the Rakhine State of Myanmar, but also the Sheikh Hasina Government of Bangladesh, which has refused to allow the Rohingyas  enter Bangladesh and use it as a rear base for their destabilisation operations in Myanmar.

One noticed a similar Psyjihad being waged in India through the Internet and its social media sites by a group of unidentified Muslim extremists after the outbreak of violent clashes between some Bodos and illegal immigrants from Bangladesh in Kokrajhar and other Bodoareas of Assam last month.

These elements used the Internet and its social media sites for the dissemination of exaggerated accounts of the violence in Assam and for re-circulating the fabricated Psyjihad material produced by or on behalf of the Rohingyas of the Rakhine State. 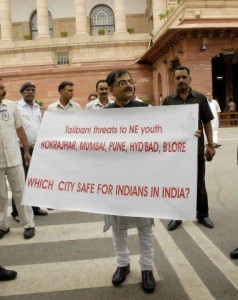 These sought to inflame the passions of impressionable Muslims in different parts of India during the holy fasting period of Ramadan. It resulted in incidents of shocking violence and vandalisation by some Muslims during and after a public meeting held in the Azad Maidan of Mumbai on August 5, 2012, to protest against the violent incidents in the Assam State of India and in the Rakhine State of Myanmar.

Some Muslims incited to violence by the Psy jihad material and the highly emotional speeches attacked police men, including women members of the police, vandalised a memorial in homage of the Unknown Indian Soldier, attacked sections of the media and burnt down some media vehicles. While the anger of such incited Muslim extremist mobs against the police is nothing unusual, its anger against the media was.Its rage against sections of the media was due to the fact that, in its view, the media did not give sufficient publicity to the Psyjihad material produced by or on behalf of the Rohingyas.

…elements used the Internet and its social media sites for the dissemination of exaggerated accounts of the violence in Assam and for re-circulating the fabricated Psyjihad material produced by or on behalf of the Rohingyas of the Rakhine State.

After the Mumbai incidents which have been condemned by many leaders of the Muslim community, these unidentified elements have been directing their Psyjihad against people from the North-East, who have been working in Pune and certain cities of South India like Bengaluru, Hyderabad and Chennai in order to create feelings of insecurity in their minds and make them go back to the North-East.

As a result of the feelings of insecurity created in the minds of people from the North-East in South India, many have already left for their homes, creating the danger of a fresh wave of communal violence when the displaced people of the North-East reach their homes with their tales of how they were intimidated resulting in their decision to come back home.

In the Psyjihad directed against the people from the North-east, one sees the beginning of an insidious attempt to re-create the mental divide and drive a new wedge.

This is the time for everybody to come together and unite against the new breed of extremists, who can turn out to be more dangerous…

Unfortunately, one does not have the impression that our intelligence agencies and police have been able to keep pace with the evolution of the Psyjihad being waged through the Internet, mobile phones and I-pads. One does not see signs of any coherent and co-ordinated attempt to counter and neutralise it, identify the elements behind this Psyjihad and act against them firmly under the laws of the land.

In addition to neutralising this Psyjihad, it is important to initiate urgent measures to restore the sense of security of the people from the North-East by interacting with them continuously and vigorously and by providing them additional protection. The civil society too has an important role in this matter. This is the time to further strengthen our bonds of solidarity with them and reassure them that the civil society will stand by them.

All political parties should resist the urge, which could prove suicidal for the nation, to exploit these developments for their partisan advantage. This is the time for everybody to come together and unite against the new breed of extremists, who can turn out to be more dangerous than those of the past who relied on improvised explosive devices for destabilising us.

One thought on “Psy-jihad against people from the Northeast”