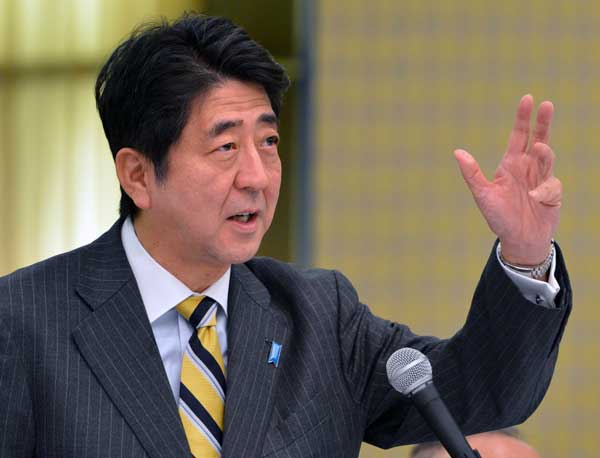 The New Year started with Japanese Prime Minister Shinzo Abe undertaking a whirlwind trip to four ASEAN countries with a view to further strengthening Japan’s ties with them. The countries he visited were the Philippines, Australia, Indonesia and Vietnam in that order. Analysts see three main objectives driving him to undertake this trip.

First, Abe has been tirelessly talking about the need to establish a regional maritime regime that is open, inclusive and transparent and that would ensure freedom of navigation and overflight for legal commercial activities. The four countries he visited are also very much supportive of his quest for freedom of navigation.

Second, Abe is eager to extend Japan’s quality infrastructure assistance to these countries.

Third, there is considerable misgiving on whether President Donald Trump will continue to invest American interest and resources in the Asia-Pacific region. Abe therefore certainly wanted to ensure that these countries remained on the same page with regard to the future. One cannot miss Abe’s strong resolve to offset the growing influence of China in all three objectives.

The Philippines: Abe’s first halt was in the Philippines where he assured President Rodrigo Duterte of Japan’s continued economic and strategic assistance. As a country involved in the South China Sea dispute, the previous Philippine President took its territorial issue to the UN Arbitral Court and got a favourable verdict. But after his election, the new President Duterte changed his attitude towards China and even decided to shelve the UN decision. In October last year, he visited China and had friendly talks with Chinese leaders who extended economic assistance to Manila. His volte face surprised many including Abe.

When Abe visited Manila, he had to take into account Duterte’s U-turn as well as his unfriendly remarks about the U; yet he had a very useful visit. He extended economic assistance to the tune of 1 trillion yen over five years mainly for countering illegal drugs and maritime security.

Australia:   Abe’s visit to Australia turned out to be more positive. Both are long-standing allies of the US and have maintained close strategic and economic relations. Frequent political changes in both countries have not affected their partnership clearly indicating a strong political consensus on both sides.

Both Abe and his Australian counterpart Malcolm Turnbull signed an important agreement on the revised defence logistics sharing agreement to boost logistics cooperation between the two military forces. Under this, Japan Self-defence Forces will be able to supply ammunition to Australian military forces. This underlined the importance of their cooperation as well as trilateral cooperation with the U.S. It may be recalled that its provision was excluded from the earlier 2013 agreement That agreement enabled the Australian and Japanese forces to share food, fuel and other supplies during U.N. Peace-keeping operations.

In addition, both Abe and Turnbull l acknowledged their firm commitment to free trade including the TPP though the multilateral agreement would not take off the ground due to President Trump’s stiff opposition.

They agreed to work together with the new US administration and confirmed that their alliances with the US “remain as relevant and important today as they have been for over six decades.”  Both also assured that they would continue to work proactively alongside the US and other like-minded countries including India to maintain rules-based international order and support a peaceful and stable Indo-Pacific region.

It would be relevant here to note that the incoming U.S. Secretary of State Rex Tillerman recently testified before the Senate that he was in favour of blocking China’s access to artificial islands it is building in the South China Sea and that the US allies should provide support in this task. This remark did not produce any friendly resonance in Australia and many feared that it would only involve Australia in a war with China.

Indonesia: Abe’s next stop was in Indonesia where he had talks with President Joko Widono assuring coordination on maritime security in the face of tensions over China’s military build-up in the controversial South China Sea. Abe also promised to contribute to the development of remote islands such as the Natuna Islands on the southern side of the South China Sea. China recognises Indonesia’s sovereignty over the Natuna Islands but at the same time contends that both countries have overlapping claims on maritime rights and interests in the area. Japan agreed to provide yen loans worth Y 73.9 billion for irrigation and coastal protection construction projects.

Though Japan missed out an important high speed railway project to China last year, there are bright prospects for Japan to now get a new rail project linking Jakarta and Surabaya. This project would cover a distance of 725 KM distance.

On maritime security, both leaders confirmed their commitment to the rule of law and peaceful settlement of disputes.

Vietnam: The fourth and last country Abe visited was Vietnam. Japan has always attached great importance to Vietnam in view of is complex relations with China. In recent years, trade and investment relations between the two have dramatically expanded.  Vietnam is very much involved in the South China Sea dispute. A close neighbour of China, Vietnam has been driven to cultivate closer ties with the US and Japan.  Japan has maintained robust strategic and economic links with Hanoi. During the current visit, Abe promised to extend a loan of 1 billion dollars for purchasing six patrol ships. Abe assured Hanoi that Japan will support Vietnam’s enhancing its maritime law enforcement capability.”