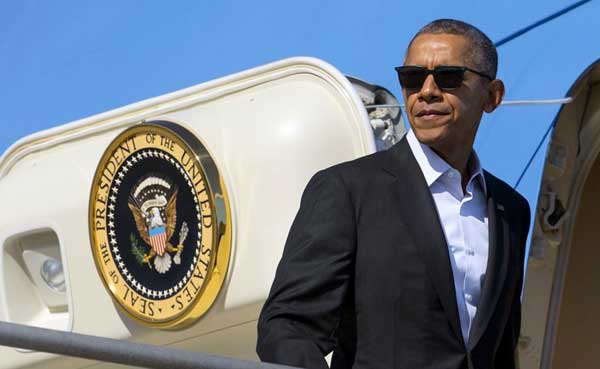 President Barack Obama’s trip to Vietnam and Japan in the last week of May carried a great deal of importance as it was “part of his farewell visit” to the region. His visit to Japan was undertaken mainly for participating in the Group-7 summit meeting held in Ise -Shima, but his historic decision to make a brief visit to Hiroshima drew far greater attention from different parts of the world. It even overshadowed his participation at the G-7 summit. As the first serving American President to visit Hiroshima, all his utterances came under strict scrutiny in the emotionally surcharged city. While opinion surveys in Japan clearly showed an overwhelming public support for Obama’s visit to Hiroshima, there were conflicting views expressed by the Americans at home.

…main objective of Obama’s visit to Hanoi was to assure the Vietnamese and the ASEAN countries that the US government would stick to its economic and security commitments in the region.

Many feared that Obama might say something almost amounting to revisiting President Harry Truman’s decision to drop atomic bombs on Hiroshima and Nagasaki. They believed that any effort to criticise the dropping of bombs would portray the Japanese as victims overlooking their military aggression in Asia. But everything went on well and Obama’s speech, and his meeting with Hibakusha left a lasting impression.

His earlier visit to Vietnam carried both symbolism and substance. He was not the first US President to visit Vietnam. His predecessors Bill Clinton and George Bush made official visits in 2000 and 2006 respectively. One main objective of Obama’s visit to Hanoi was to assure the Vietnamese and the ASEAN countries that the US government would stick to its economic and security commitments in the region. He said that one of his foreign policy priorities was to ensure that the United States “plays a larger and long-term role in the Asia-Pacific which is vital to our security and to our prosperity.” Further, he wanted to put the bilateral relations on a firmer footing for decades to come. Both Obama and his Vietnamese hosts identified three areas where their interests converge.

First, both sides saw that there is great scope to build on the bilateral vision statement of 2015 on the prospects of cooperation in the defence field. Obama assured that the US would extend its support for training the Vietnamese navy in joint exercises, capacity –building, exchange of intelligence, etc. One direct outcome of Obama’s visit is to be seen in the removal of the long embargo on the transfer of defence technologies to Vietnam. The embargo was imposed during the Vietnam War years and a partial relaxation of the ban was done soon after normalisation of relations. However, the human rights situation in Vietnam stood in the way of a full removal of the embargo. The present decision of the US to fully remove the ban will help both countries intensify their defence cooperation in the coming years.

In his speech at Hanoi, Obama did not make any apology to the Vietnamese over the war, but stated broadly that “war, no matter what our intentions may be, brings suffering and tragedy.” However, he did promise to provide support for efforts to remove the toxic chemicals sprayed over the country by the American military during the war.

Obama emphasised the importance of freedom of navigation and over flight in the open seas.

Second, both Obama and the Vietnamese leaders underlined the convergence of their interests on a number of issues including maritime security, in particular. Obama promised to provide patrol ships to Vietnam with the objective of eventually opening the strategic port of Cam Ranh Bay for visits by American warships. Obama emphasised the importance of freedom of navigation and over flight in the open seas. Both strongly favour a regional order where norms and rules are upheld, where lawful commerce is not impeded, and where all disputes are solved peacefully. Obama said that the US will fly, sail and operate wherever international law permits and will support the rights of other countries to do the same. All these observations of Obama sounded music to the Vietnamese who have been encountering serious maritime and territorial challenges from China particularly in the South China Sea region. That China strongly criticised Obama’s overtures to Hanoi did not come as a surprise to anyone who knows the background of Sino-Vietnamese relations.

Third, apart from the strategic aspect, Obama also highlighted the bright prospects of bilateral cooperation in the economic field. Trade between the two countries has already made impressive strides to record around $ 45 billion in 2015 and there are possibilities of further growth in the coming years. American investment in Vietnam is also steadily growing and business giants including GE and Boeing are increasing their stakes in Vietnam. In addition, Vietnam is also a member of the on -going negotiations for the Trans Pacific Partnership Agreement ( TPP ) which is expected to deepen trade and investment between the two countries at a much faster rate once finalised.

In this context one should also note how Vietnam has also made several steps to promote closer strategic and economic relations with Japan. Japan is Vietnam’s largest economic donor and the cumulative ODA assistance has exceeded $23 billion recently. By 2015, Japan was the second biggest investor in Vietnam with a total investment of about $37 billion. Both have joined the TPP which will further intensify their economic ties. They have also forged a strategic partnership and Japan has supplied several patrol boats to Vietnam to strengthen its coastal defence. Their interests converge in a range of strategic areas including maritime security.