Preserving the Autonomy of Logic of Force 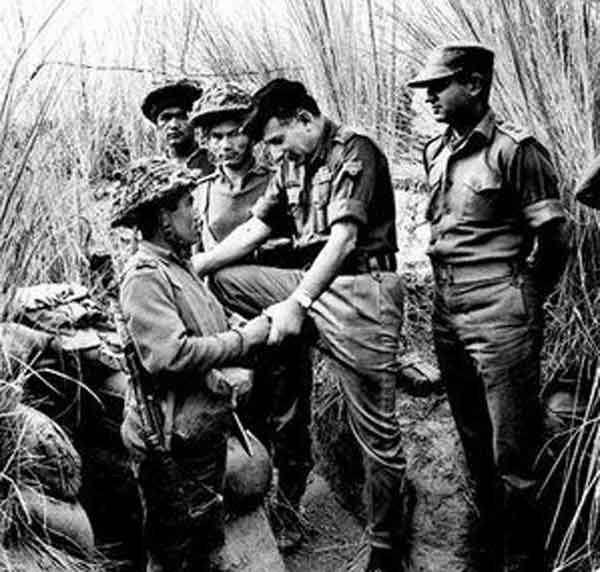 Legislature, executive, judiciary and press are four pillars of a democracy but there is also a fifth one, the armed forces, without which the other four may not exist. Armed forces are the instrument of the ‘state’ and loyal to the President. They take an oath to obey the government formed as per the constitution. The Armed forces operate in a domain of use of violence and force. Guns are the last argument of the state. Incidentally, the Central Administrative Services don’t take any such oath!

In the domain of war or use of force, might is right. Victory is the only option and defeat means loss of freedom for the state and affects the politics, economics and society of the loser country. It is indeed unique field of human endeavour where law of jungle prevails. Killing and violence, otherwise a crime, is the norm and even celebrated. It is futile to apply ‘normal’ laws or normative parameters to the phenomenon called war. There has been an ongoing debate amongst soldiers since times immemorial about the true nature of war. War has sometimes been described as ‘science’, but many regard it as art. Search for the illusive winning formulae has been never ending and many have spent a life time studying it. The Indian civilization, under the influence of Buddhism, turned pacifist and chose to neglect this aspect of civilization. India has several ancient treatises on philosophy, ethics and even sexology but not one on art of warfare. The closest we come to Chanakya’s ‘ Arthashastra.

India in its unbroken history of over 5000 years has often flirted with chivalry and tried to follow ‘Dharma Yudha’ or righteous path. This worked as long as both the sides adhered to it and conflict was a domestic one within the ambit of Indic civilization. But when faced with a foe that was intent on ‘total war’, India came out second best. The near 800 years of Indian history is a chronicle of military disasters.

In the post-independence era, there were two examples that illustrate the cost or advantage of violating/adhering to theautonomy of military logic. In 1962, under Jawaharlal Nehru, India embarked upon a disastrous ‘forward policy’ along the India-China border, against military advice. The blunder was compounded by political interference in the appointments and manning of top rungs of army. 1962 turned out to be a national disaster, repercussions of which are felt even after six decades.

In March 1971, exactly opposite of 1962 events happened. At that time the then Prime Minister Indira Gandhi wanted army to enter East Pakistan (now Bangladesh) and end the genocide there. The then Army Chief disagreed with the Prime Minister and suggested that the war be launched in December instead, after full preparations and when closed Himalayan passes would reduce the threat from the Chinese. There is no question that the Prime Minister was right in ordering the army to take action, after all the armed forces are duty bound to do so. But the wisdom of Indira Gandhi lies in the fact that she listened to military advice, respected the military logic. The result was that India won a famous victory in 1971 and created a new country called Bangladesh.

These two contrasting examples ought to be a lesson to us all to respect the autonomy of military logic in matters concerning war and security of the country.

Recent decisions regarding whole sale induction of women in the armed forces have been taken on the principles of ‘equal opportunity’ and treating armed forces as an opportunity of employment. Effect of these decisions on the effectiveness of armed forces in war or administrative efficiency/problems has been given a short shrift.

Motivations for these unwanted interferences in the domain of war seem as short cut to registering name in history as ‘woman empowerment pioneer’. This craving is an understandable human emotion, but it may well turn out to be a measure that destroyed the effectiveness of the armed forces to defend the country. Future historians may well record this instance as the trigger for another 1962 like disaster.

Nearly 3000 years ago in Bhagvat Gita, Krishna has warned that doing one’s own duty how so ever badly is infinitely superior to trying to do someone else’s.