Peep at the Nautical Crystal Ball

Also their is a link between piracy and maritime terrorism, since a hijacked ship could be sold and funds utilized for terrorism, or, a hijacked ship could be made to explode in a harbour, against an oil rig or to block a narrow channel by sinking it or carry weapons of mass destruction (WMD) into a port like Mumbai, New York,Singapore or Shangai – or simply release hundreds of thousands of tons of oil, damaging the environment, destroying the fishing and tourism industries. It is also a known fact that commonly used (and sea transported) fertilizer like Ammonium Nitrate when mixed with diesel oil becomes a powerful explosive. The Oct 2000 suicide attacks on US Navy ship Cole in Aden Port, and the Oct 2002 attacks on the French tanker MT Limburg in the Gulf of Aden, are reminders of the global nature of maritime terrorism, which if unchecked, will cause shipping insurance rates to go up and adversely affect international trade, and consequently economies of many nations.

Post 9/11, the Americans introduced the Container Security Initiative in June 2002 (CSI– has 38 ports in 18 nations) which aims at technological scanning and electronic tagging of US bound containers to prevent WMD reaching US ports in containers. Our JNPT port is not yet CSI compliant, as a result of which we lose a lot of money by routing all our US bound containers to Colombo and Dubai. The American Proliferation Security Initiative (PSI) was introduced in May 2003 and has 66 nations in its fold. India has not joined the PSI.

Interestingly, the USA has not yet signed the UNCLOS 1982 Agreement of the UNO, which lays down some rules/guidelines for the maritme domain. It may do so in the near future.The International Maritme Organisation (IMO) London, a UN body, introduced the Automatic Identification System (AIS) which by 2008 will cover all ships over 300 tons and will automatically transmit essential data with respect to a ship to a range of 40 nm. The IMO also introduced the International Ship and Port Facility Security (ISPS) code, which has laid common security standards. The US has now proposed that after 2008, the short range AIS, be replaced by the 2000 nm range LRIT (Long Range Identification and Tracking). By Aug 2006, India, along with 121 other nations had ratified the SUA (Suppression of Unlawful Activities at sea) protocols of 1988 and 2005.

The task of the well educated, pro-fessional maritime terrorist is made simpler by the confused state of affairs of present day, de-centralised, fast growing “free enterprise” international shipping and “internet commerce”, where a ship is built in one country, is sometimes repeatedly sold to different owners, and/or has a flag of convenience (FOC) in a second country (including FOC of landlocked countries !), is owned by nationals from different countries, crewed by men from diverse nations (with differing professional and security clearance standards, which may allow a trained terrorist access to a target ship), controlled through the Flag State in all internal matters, but is subject to local Port State Jurisdiction, on entering any port for trade.

The global terrorist is aware, that apart from a few International Agreements wrt slavery, piracy and illicit carriage of drugs, their is no existing Comprehensive Maritime Law, which has universal acceptance and coverage for maritime crimes. He can, and does take advantage of this “legal vacuum”, which has been filled up by diverse, complex and often conflicting domestic laws of different coastal states. In this rather chaotic state of affairs, India’s maritime agencies face a difficult task, due to complex organisational structures which are a legacy of our colonial past. The IN and ICG (which is also equipped to counter marine pollution) are under the Ministry of Defence.

Other Ministeries and forces which are involved with Maritime activities are Home (Water Wing of BSF for internal ”border” waters, oil spill disasters at sea, newly created Marine Police and Intelligence agencies), Finance (Customs), Agriculture (Fishing), Shipping (shipping, light houses, ports, port security, port navigation), Oil, Petroleum and Natural Gas (offshore oil production), MEA (for any search and rescue at sea involving foreign ships) and Earth Sciences (tsunami warning system). As compared to our scenario, the USCG is a single window maritime force which looks after almost all maritime policing roles except CSI ,which is handled by the US Custom. Not surprisingly, the ICG, liases with different ministries/agencies/authorities. 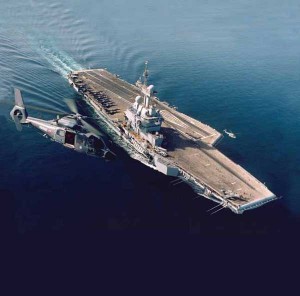 
India is one of the few maritime nations with a medium sized Navy and Coast Guard, but urgent reforms and reorganisation are needed to make the job of the maritime terrorist, pirate, gun runner and smuggler more difficult, and India more safe. It appears from press reported interviews that greater emphasis is being put on India’s maritime security in general. Four regions in particular need greater attention, i.e. Gujarat, Maharastra, Tamil Nadu-Kerala, Bengal and the island territories. Press reports of 4 December 2007, indicate that the LTTE has shifted some of its activities from the heavily patrolled Tamil Nadu coast to the Kerala coast. Hopefully, coastal security will get due attention, before a “Kargil at sea” takes place.

To deal with the emerging era of global maritime terrorism India needs to support all relevant UN sponsored initatives wrt, Global Maritime Domain Awareness and a Universal Maritime Law. As an interim measure, India also needs to consider signing suitable bilateral agreements with its maritime neighbours and other relevant nations for greater interaction between their respective Navies and Coast Guards. All Indian shipping and fishing vessels need to be “electronically tagged” to report their position, course and speed to INDSAR every 24 hours.