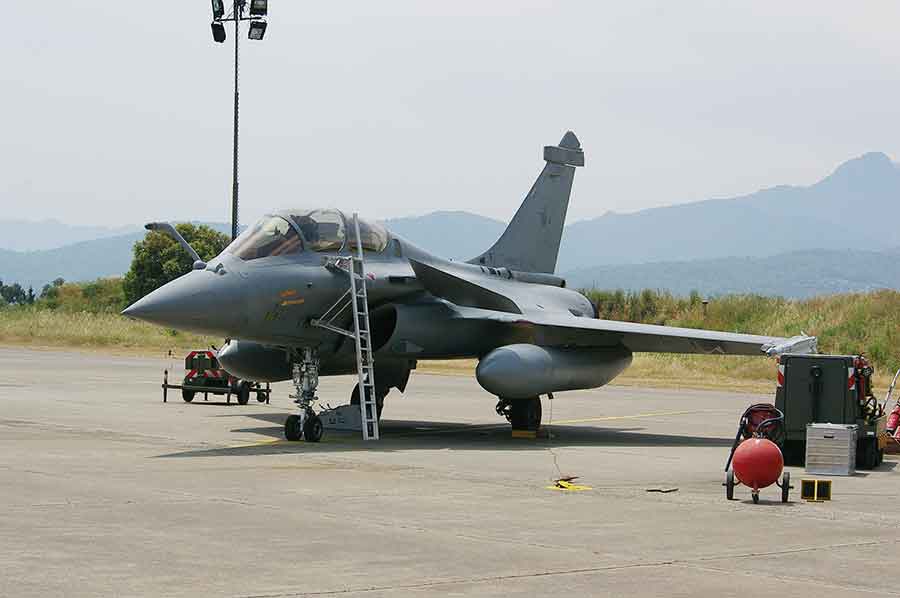 While the military mood of the Paris Air Show may have been arguably more ‘low key’ than in previous years, business was still being done and announcements were still being made. Certainly, budget restrictions are not helping the situation in Europe and North America. Nevertheless Asia and Latin America are fertile markets for defence equipment, and perhaps a more robust military presence will be seen at the exhibitions on the horizon in these parts of the world? For the time being in Europe at least, tight budgets make for quiet air shows.

One predictable aspect of the bi-annual Paris Air Show is the unpredictability of the weather in the French capital. This year’s exhibition was no exception with the skies offering the thousands of assembled visitors either blistering sunshine or downpours of tropical proportions.

As usual the increasingly large civilian aspect of the show was resplendent with confidence. The world’s airliner manufacturers made their announcements of bumper orders and showcased their wares on the apron. Inside and outside the exhibition halls, the sub-systems companies whose fortunes largely depend on the ebb and flow of the civilian aviation market proudly exhibited their latest products as diverse as lightweight passenger seats and intricate hydraulic systems. Nevertheless while the civilian aspects of the Paris Air Show seemed to hint that the slump in commercial aviation is coming to an end, a pervasively ‘bearish’ atmosphere characterized the defence side of the Air Show. 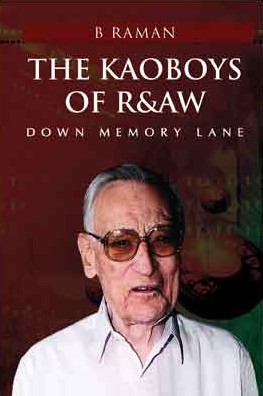 This was perhaps most evident with the noticeable absence of any meaningful presence of the United States armed forces. Previous Paris Air Shows would nearly always feature a prominent US display of aircraft on the apron and in the skies. Yet this year, with major budget cuts taking hold at the Department of Defense, the expense of sending fighter planes, bombers and freighters to display on Gallic soil was no doubt one cost which the bean-counters at the Pentagon understandably thought they could do without. Moreover, back home it may have been politically savvy to avoid such visible expenditure at a time when budgets are being slashed and jobs are in danger.

Despite the lack of major US military presence at the show, several contractors did make a leap over the Atlantic pond to showcase their products. Lockheed Martin used the opportunity to reaffirm its commitment to its F-35A/B/C Lightning-II Joint Strike Fighter initiative. While the fortunes of the programme have bought occasional grumblings from its customers regarding schedules and rising costs, this fifth generation combat aircraft is really the ‘only game in town’ as regards such a platform which can be purchased by America’s allies; all the more so now that the company’s F-22A Raptor air superiority fighter production line has closed. 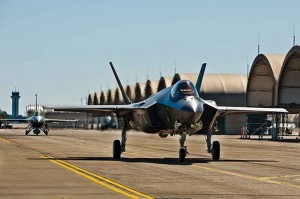 Lockheed Martin provided Paris Air Show attendees with an overview of the current status of the F-35 Lightning-II Joint Strike Fighter programme. Norway also announced that it would acquire six of the aircraft initially.

The US Navy is due to receive the ‘Charlie’ version of the aircraft which may commence carrier flight trials in 2014. The US Marine Corps, meanwhile, is receiving the ‘Bravo’, which has already performed sea trials. While the Paris Air Show provided an excellent opportunity to get an update from the aircraft’s manufacturer regarding the fortunes of the F-35 programme, much work is still left to be done with the US Government and the aircraft’s customers abroad eagerly watching the programme over the next year.

Despite disquiet in some circles regarding the aircraft, purchases are going ahead and it was announced during the show that Norway has formally purchased its first six aircraft with the country to receive the F-35A conventional take-off and landing version. Supplies of the F-35 to Norway are expected to occur from 2019 with a total of 48 examples eventually being delivered.

The general squeeze in Western defence spending being witnessed around Europe and North America did not stop the Dassault Rafale combat aircraft from performing its usual breathtaking flying display. Although it equips the French Air Force and French Navy, and has been selected as the preferred bidder for India’s Multi-Role Combat Aircraft programme, Dassault is using any opportunity that it can find to promote its flagship military product. Part of this marketing effort involves highlighting the sophisticated technology which inhabits the jet. This includes the Rafale’s new Thales RBE-2 Active Electronically Scanned Array (AESA) radar which is claimed to be the first operational such radar in Europe. 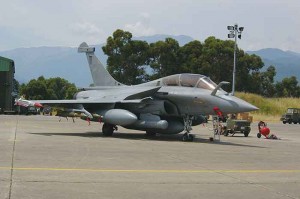 Beyond India, Dassault is looking at other markets for the Rafale. Although Brazil’s ‘on-again, off-again’ procurement of new multi-role combat aircraft has been put on hold for the foreseeable future, other acquisitions are ongoing elsewhere. Dassault revealed at the show that it had received a request for technical information regarding the Rafale from Canada.

The aircraft builder is hoping that Ottawa will hold an open competition to acquire a new combat aircraft. Should Canada pursue this route, it is almost inevitable that the Rafale will compete against the Lockheed Martin F-35A/B/C Lightning-II Joint Strike Fighter. It is strongly expected that during any competition, Dassault would offer the Rafale with the RBE-2 AESA radar in a very similar configuration to that used by the French Air Force albeit with the possibility that the Canadian Rafale could accommodate a wider portfolio of American weapons.

One of the Rafale’s major rivals is the Eurofighter Typhoon. The Typhoon has competed, and continues to compete, with the Rafale head-to-head in a number of MRCA acquisition competitions around the world. Like its French counterpart, this pan-European fast jet continues to add capabilities as it goes through its service life which Eurofighter GmbH, the multinational consortium which manages the project, hopes will not only give additional punch to the aircraft but will also be attractive to potential customers. 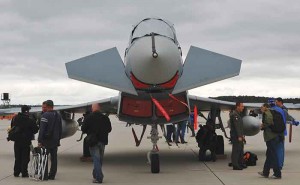 A number of announcements for the Eurofighter Typhoon were made at the Paris Air Show, this included news regarding the integration of the Meteor beyond-visual-range air-to-air missile, and the E-Scan Active Electronically Scanned Array radar.

Like the Rafale, the Typhoon is receiving an AESA radar in the form of the new E-Scan system. Designed and produced by the Euroradar consortium, the E-Scan is intended to equip Tranche-3A jets, and later examples of the aircraft. All production Tranche-3A examples are being manufactured with the necessary wiring and interfaces to accommodate the radar. This will allow these aircraft to accommodate it once development is complete. Trial installations of the E-Scan have already been performed and test flights of a Typhoon equipped with this radar are expected to commence by the end of the year.

Unlike the Rafale, which has now commenced service with an AESA radar, the go-ahead for the full production of the E-Scan, and its installation on the Eurofighter has yet to be signed. Both the United Kingdom and Saudi Arabia are reported to be especially keen to install the E-Scan on their Typhoons. It is envisaged that a production contract regarding the installation could be signed in 2014.

Beyond India, Dassault is looking at other markets for the Rafale…

During the exhibition, Eurofighter GmbH signed a contract with the NATO Eurofighter and Tornado Management Agency, which oversees the aircraft’s acquisition and modernization on behalf of the Eurofighter partner nations (Germany, Italy, Spain and the United Kingdom), for the integration of MBDA’s Meteor beyond-visual range air-to-air missile. Six countries are involved in the development of this weapon, chiefly, the Eurofighter partner nations plus Sweden and France, with the missile expected to enter service from 2015. Testing efforts have been ongoing with the Typhoon and Meteor which saw the first missile being fired by the aircraft in December last year.

The Meteor will also equip Saab’s JAS-39 Gripen-E multirole combat aircraft. The Gripen makes up the third part of the triumvirate of so-called ‘4.5 generation’ fighter aircraft offered by European suppliers alongside the Typhoon and Rafale. Saab announced at the Paris Air Show that it had commenced construction of the first examples of its Gripen-E jets which will be used for the aircraft’s flight test campaign. The Gripen-E represents the most advanced version of the JAS-39 Gripen family and, in addition to equipping Sweden, it will outfit Switzerland. Deliveries of the Gripen-E to the two countries will begin in 2018 with Sweden acquiring up to 60 with Switzerland purchasing 22. Beyond the Gripen-E configuration further development of the jet is possible in the future, with discussion of Saab perhaps developing an unmanned version several years hence.