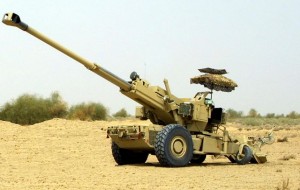 Recently under the aegis of the Army a seminar was conducted to discuss the shape, size and structure of our Army in 2020. The scope of the seminar also included an assessment of emerging challenges and doctrinal issues. The deliberations during this event received some media coverage and comment.

If we are to go by the reports that doctrinal and organizational changes are in the offing based on the conclusions drawn during the Seminar clearly this event has been of considerable significance and extremely successful. The Army Headquarters, the organizers and the participants deserve to be congratulated. Equally it can be expected that the benefits of this event would encourage the defense establishment to engage in such debates more frequently.

The three service chiefs spoke during the inaugural session. A close scrutiny of what they said and the proceedings that followed would indicate that the deliberations were perhaps being conducted in a vacuum. Ideally, such a subject should have as its frame of reference a vision document of national strategy and security for 2020. Without such a conceptual framework the solutions arrived at are unlikely to be optimal and may even be flawed. We now have a National Security Council and a National Security Advisory Board comprising of some of our recognized and well-known members of the strategic community. Therefore it would be fair to expect a much greater degree of cohesion between national and defense planning.

Ã¢€¢ what is our strategy in the next decade to settle the Ã¢€˜line of control’ issue with Pakistan? Ã¢€¢ what is our politico Ã¢€“ diplomatic- military strategy for dealing with China on regional issues and the border problem? Ã¢€¢ What about the Ã¢€˜war against terror’ or the fallout of the actions in Iraq?

For example what is our strategy in the next decade to settle the “˜line of control issue with Pakistan? Surely we should not have to forever live with this problem. Concurrently what is our action plan to win over the disaffected population of Kashmir so that militancy from the region is eradicated? Where does the military fit into this game plan? Again, what is our politico ““ diplomatic- military strategy for dealing with China on regional issues and the border problem? What about the “˜war against terror or the fallout of the actions in Iraq? What is our policy on sharing of responsibilities between the defense forces and the Central Police Forces till the problems in Kashmir and the North-east continue to fester? What diplomatic and military measures are contemplated to ensure that we retain the freedom of action to pursue our national interests without fear of arm twisting or intimidation and sanctions by other regional and global players?

Only if we have answers to these and a host of other issues can we begin to formulate a plan for the Army, Navy and Air Force of 2020. Otherwise we shall continue to witness the disjunction between military capabilities and the Countrys requirements as in 1947/48, 1962, 1965, Kargil, “Operation Parakrama or in our ability to impose a military deterrent on Pakistan so as to dissuade that Country from engaging us- with a fair degree of impunity- in the covert war that we have been in, for the last decade and a half. Admittedly affordability will always be a major consideration but implications must be well digested before decisions are taken.

The discussion on Pakistans nuclear capability and its “˜ absurdly low threshold reaffirmed the tremendous triumph of Pakistans nuclear strategy. Whether inadvertently or otherwise the US has rendered vital support in making the strategy succeed. The persistent projection of South Asia as a nuclear flashpoint since the eighties and the barrage of inputs that has flowed from the US since then has been effective in convincing us that Pakistan is capable of the utmost irresponsibility as a Nuclear weapon state. Consequently in our minds we have permitted our conventional military capability to get neutralized. The neutralization then finds expression in “˜limited war, no deep operations, shallow objectives and other similar postulations.

Nuclear weapons for nuclear deterrence and a powerful conventional force for dissuasive deterrence must remain the pillars of our military strategy. Therefore notwithstanding Pakistan’s nuclear threshold we should maintain our focus on strengthening both pillars.

The doctrine and capability definition that flow from such thinking can have an immeasurably debilitating effect on our entire military posture with the potential for disastrous consequences. Firstly it pushes us back into the old jacket of being totally defensive in our posture (it took us many years to get out of that mindset). Because whatever offensive capability we retain would be rendered virtually ineffective due to the fear of crossing Pakistans nuclear threshold. And look at the enormous military advantage we transfer to Pakistan because of such thinking.

Firstly it can continue to needle us by supporting terrorism and militancy without fear of any reprisal. Parakrama may well have reinforced this belief. Secondly in the event of war knowing that our offensives will be restricted to a few kilometers Pakistan can hold the front lightly with Para- military forces or with minimum regulars and then have the flexibility and freedom to concentrate forces to hit and hurt us at places of its choosing. Our nuclear doctrine of “no first use adding to the comfort level of Pakistans military planners.

There are similar problems with the notion of “˜ limited war. In some sense or the other all wars are- limited. At a ridiculous level it can be argued that even the World Wars were limited. The catch is in defining limited wars and the conclusions we draw from such definition. Broadly, limited wars imply limitation of time, space and the use of force ( essentially weapon systems) In 1962 we did not employ our air force; neither did the Chinese. During the recent Kargil war the conflict was kept confined to the Kargil Sector and we also refrained from crossing the Line of Control.

In 1971 we limited the war to the capture of Dacca. Even way back in 47/48 we chose to limit the duration of operations.(many today believe that had we carried on, the history of the subcontinent would have been different ).

So what is new now? Yet especially after the Kargil War we have many from our strategic thinkers community emphasizing that since future wars are likely to be “˜limited either by choice or due to the pressure of the UN/US our force structure ought to be suitably tailored. Implicit in such thinking is the belief that we can reduce force levels. This is a slippery route. And perhaps dangerous. As a matter of fact instead of considering scaling down because of restrictions that may be imposed we should seriously consider scaling up so that we acquire the capacity to impose limited fighting (strikes) like Israel or the US. Such a capability acquisition should be possible- at least- against some of our likely adversaries.

The shadow that Pakistan casts over our military minds continues to be disproportionately large. This must change. Areas to the North, North East and the Indian Ocean require much greater attention. The shift in focus must begin now.

Throughout the close to fifty years of the “˜cold war, assessments of thresholds had little or no effect on the conventional force levels and operational plans of the Warsaw Pact countries or the NATO. Nuclear contingencies and employment of nuclear weapons admittedly were considered as options and possibilities on the escalatory ladder. China has nuclear adversaries including India but it continues to give greater teeth to its conventional forces. As a matter of fact in the history of nuclear weapons states it would be difficult to find any country that is as constrained by the threshold of an adversary as we are. The subject requires greater reflection.

Nuclear weapons for nuclear deterrence and a powerful conventional force for dissuasive deterrence must remain the pillars of our military strategy. Therefore notwithstanding Pakistans nuclear threshold we should maintain our focus on strengthening both pillars. Pakistan has convinced us of its low nuclear threshold. We have to now convince Pakistan that it does not matter. We are resolved to retaliate and punish if that Country transgresses our limit of tolerance.

In making a case for not compromising on conventional capability and the necessity to maintain the momentum of offensive operations, it would be incorrect, if it has been conveyed that nuclear threshold is altogether unimportant. In the planning and execution of operations it would remain a key consideration.

Over the last two decades our strategic horizon has undergone changes. But the shadow that Pakistan casts over our military minds continues to be disproportionately large. This must change. Areas to the North, North East and the Indian Ocean require much greater attention. The shift in focus must begin now. Then only can we expect to be well poised as we approach 2020.