Speaking at the launch ceremony of the Agosta 90 B submarine (PNS Hamza) in November 2006, Musharraf said that Pakistan follows a strategy of ‘defensive deterrence’, which, he clarified, implies ‘offensive defensive deterrence’. Like all other countries, Pakistan military’s operational strategy is based on geographical realities. The most imposing constraint that the Pakistan military strategic planners have to contend with is the lack of strategic depth vis-à-vis India.

Pakistan’s geographical interface with India is along its longer axis. Its key industrial and population centres lie close to the Indian border. Lahore, the most important city in the heartland; and Karachi, the most important port, are at a distance of approximately 20 Km and 160 Km, respectively, from the Indian border. Even its capital, Islamabad, is just about 80 Km away.

Given India’s conventional military superiority, Pakistan military decision makers reckon that they do not have the territorial luxury to waste time waiting for an Indian offensive to find out where exactly where the main Indian thrust would be made and accordingly position its strategic reserves. It feels that missing the opportunity to launch a timely offensive or counter-offensive may threaten the very existence of the country. The Pakistan military can ill-afford to suffer from a ‘bunker mentality’. The offensive bias in defence strategy is therefore an imperative for the Pakistan military’s war doctrine.

…concept of offensive-defence envisages launching a sizeable force into enemy territory rather than wait for the enemy to attack.

In addition, this doctrine reinforces the military’s importance and criticality in public perception and contributes to the dominance by the military over other state organs. Since an offensive military strategy requires greater military wherewithal, it legitimises the demand for higher budget allocations and acquisition of modern weapons and equipment. Pakistan’s armed forces are the seventh strongest in the world.

General Mirza Aslam Beg is generally credited with the offensive-defence concept, which was demonstrated in the exercise ‘Zarb-e-Momin’ (Blow of the pious Muslim), held in 1989. It involved almost three corps, two armoured brigades, two artillery divisions, one air defence division and the Pakistan Air Force. This was the largest field exercise ever carried out by the Pakistan Army and the Air Force. Explaining, General Beg said the exercise “…… made a radical departure from stereotyped maneuvers and the self-defeating concept of holding formations. Now, our Armed Forces are fully tuned to fighting an offensive defence, with well tested concepts and strategies, even in an environment where they may be outnumbered.”1 His concept of offensive-defence envisages launching a sizeable force into enemy territory rather than wait for the enemy to attack.

The objective is to seize territory of strategic importance, forcing the enemy to react. This ensures that the war is fought in enemy’s territory of Pakistan military’s choosing. Such offensive would also ensure that the enemy is channelised into a pre-selected killing ground prepared by the Pakistan forces, thus resulting in the dissipation of his offensive capability. Further, this doctrine, as General Beg construed, has the advantage of gaining territory, which would place Pakistan in a favourable bargaining position after the war.

To implement this concept, two strike corps backed by a defensive corps are to be used. It factors in the likelihood of India opening another front, in which case Pakistan would deploy its reserves for a riposte at a place of its own choosing, thus blunting the Indian counter-offensive. Since this concept is predicated on a high level of reserves, the army created a strong centralized corps of reserve formations in the 1990s, in order to guard its critical semi-desert and desert sectors in Punjab and Sindh province. These formations were equipped and trained to perform both offensive and defensive roles. The enabling factor for this concept was also the increase in war stamina, i.e., reserve of fuel and ammunition to sustain a war. It was over 45 days as compared to 11 days and seven days during 1965 and 1971 wars, respectively.2 The bolstering of the arms inventory of Pakistan owing to supplies by the US and China during the period of war against Soviet forces in Afghanistan also contributed to formulation of offensive-defence doctrine.

General Beg was of the opinion that the Pakistan Army’s policy to remain on the defensive and maintain the Line of Control had “…..resulted in loss of territory in the 1965-war including Kargil. Both in 1965 and 1971 wars, the army launched unprepared offensives in the sensitive areas of India held Kashmir and failed miserably. I, therefore, suggested to the Prime Minister that the War Directive may be amended, and the mission may be changed, so that after the war, the Government of Pakistan finds itself in a better bargaining position.”3 General Beg was convinced that his offensive-defence strategy would enable the Pakistan Army to wrest Kashmir from India. Benazir Bhutto in her updated version of autobiography, ‘Daughter of the East’, said that during her first tenure as Prime Minister, General Beg told her: “…..if Islamabad went on ‘offensive-defensive’, it could capture Srinagar…. General Beg told me: ‘Prime Minister, you just give the order and your men will take Srinagar and you will wear the crown of victory and of glory.’ I thought he had lost all sense of reality.”4 General Beg is also convinced that the concept holds good even in a nuclear environment.

General Beg’s offensive-defence strategy is actually a variation of the same strategy pursued in the past. A variation of offensive-defence strategy had in fact crystallised by 1965, which stipulated limited number of troops in ground holding role and maximum effort concentrated on offensive and counter-offensive operations. The emphasis was on mobility and firepower. The formulation of this concept was facilitated by the acquisition of modern weapons from the US during that period. Before that the strategy of Pakistan Army had more of a defensive bias, i.e., two-third troops in holding role and one-third for offensive.

Even when East Pakistan (now Bangladesh) existed, the war doctrine of the country was based on an offensive strategy. It considered West Pakistan as the center of gravity for the defence of the country. The then strategic concept was ‘defence of East Pakistan lies in West Pakistan’. The concept was based on the premise that the threat to East Pakistan could be neutralised by a bold counter-offensive in the Indian territory on the western front. The critical factor in this concept was timing. However, during the 1971 war, Pakistan dithered in implementing this concept. Lt Gen K P Candeth, the Western Army Commander, during the 1971 war maintained: “The most critical period was between 8 and 26 October, when 1 Corps and 1 Armoured Division were still outside Western Command. Had Pakistan put in a preemptive attack during that period, the consequences would have been dreadful to contemplate and all our effort during the war would have been spent in trying to correct the adverse situation forced on us.”5

The offensive-defence strategy is predicated on many factors, the most important being timing. It also relies heavily on initiative, thereby meaning that the future Indo-Pak war will be at the initiative of Pakistan. It relies too much on surprise – on catching the adversary unprepared. It overestimates its own offensive capabilities, and underestimates India’s offensive power. The concept is also based on the premise that any future war with India will be short and intense. The concept demands modern and sophisticated arms and equipment because of the premium on firepower and mobility. It is dependent on external sources like the US for acquisition of such arms. The concept, therefore, is based on too many exacting premises. Any gap or dislocation of the dependent factors can render the entire concept redundant, as it happened during the Kargil War in 1999 and Operation Parakaram (December 2001 to October 2002) during which India had deployed its military machine for an offensive in Pakistan in response to the terrorist attack on Indian Parliament. 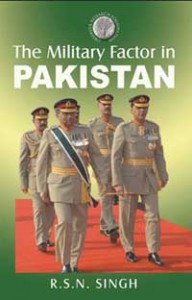 In the Kargil war, while the Pakistan Army was able to display surprise and initiative by occupying a part of Indian territory, it failed to develop the operations any further due to lack of direction, absence of politico-military decision-making and complete disregard to the synergy between the three services. The planning and execution did not take into account the fierce Indian response that the operation would provoke. Importantly, it also did not factor the geopolitical and international environment in undertaking the misadventure. During ‘Operation Parakaram’, the offensive-defence concept of the Pakistan military had become redundant, as it was India, which had taken the initiative. All that Pakistan could hope for at that time was that international pressures would bear upon India to desist from an offensive. And that is exactly what happened.

One thought on “Pakistan’s Offensive-Defence Strategy”