Pakistan-occupied Kashmir (POK) historically belonged to the erstwhile princely state of Jammu and Kashmir. Soon after the partition of India in 1947, Maharaja Hari Singh of Jammu and Kashmir signed the Instrument of Accession, thereby acceding to the Indian Union. Hence, POK is legitimately an inherent part of India. This territory has been under Pakistan’s unlawful control ever since the Pakistan Army orchestrated the tribal invasion of the territory in October 1947.

POK comprises the so-called Azad Kashmir and Gilgit-Baltistan (earlier named as Northern Areas) and has remained an amorphous entity for six decades now. The Trans Karakoram Tract, comprising Shaksgam from Baltistan and Raskam from Gilgit, which Pakistan ceded to China in 1963, is also a part of POK. China promised to assist Pakistan in building the Karakoram Highway as a payoff.

The terrorist attack in Mumbai on 26 November 2008 added a new dimension to the existing discourse on the training camps in POK.

The so called Azad Kashmir (AJK) is governed under the Azad Kashmir Interim Constitution Act passed in 1974. Even though AJK has a President, Prime minister, and a council, the governing structure is totally powerless and dependent on the Pakistani establishment for the smallest issue at hand. Very often AJK is described as a “constitutional enigma” with “trappings of a country”. The Karachi Agreement, which governs the rule of Pakistan over Gilgit-Baltistan, was signed between the President of Azad Kashmir, the Muslim Conference and a minister without portfolio from Pakistan, Mushtaq Ahmed Gurmani. Even though there was no formal merger between AJK and Gilgit-Baltistan, the fate of the latter was decided by Prime Minister AJK and Pakistan with no local representative participating in the matter.

The Government of Pakistan announced the Gilgit-Baltistan Empowerment and Self Governance Order on 29 August 2009, which reversed the nomenclature of the Northern Areas to the original Gilgit-Baltistan. The order has been widely criticized as it failed to address the basic questions of the rights of the people and the critical issue of provincial autonomy. The order introduced elements that brought Gilgit-Baltistan closer to the structure in AJK in spirit and form but with no impact, as the strings of power were placed with the Government of Pakistan. The order was rejected by the political groups in Gilgit-Baltistan, the pro-independence groups, and the pro-Indian groups. There have been allegations that the order was designed to secure increasing Chinese interest in POK. The development works in POK are heavily dependent on Chinese investments.

POK has been in the news during this decade for wrong reasons. In the wake of the events of 11 September 2001, when the United States launched a massive hunt for the Al-Qaeda chief Osama bin Laden, there were reports that he was in Muzaffarabad, the capital of AJK. On 8 October 2005, a devastating earthquake measuring 7.6 on the Richter scale hit the region; AJK is yet to emerge from the colossal damage. The region also harbours militant training camps. The terrorist attack in Mumbai on 26 November 2008 added a new dimension to the existing discourse on the training camps in POK.

The Government of Pakistan would find an outsourced option to contrive cross-border terrorism in India, particularly in Jammu and Kashmir.

The terrorists travelled from Bait-ul-Mujahideen, the operational headquarters of Lashkar-e-Toyyaba (LeT) in Muzaffarabad, via Karachi to Mumbai. The chief of LeT, Zaki ur-Rehman, the nodal person in the Mumbai conspiracy, was arrested by Pakistani authorities from Muzaffarabad.

As a case for future scenario building, POK is immensely significant. POK’s strategic geographic location has consistently been “leveraged” by Pakistan to fulfil its “strategic and economic objectives”. POK shares its borders with several countries – the Punjab and NWFP provinces in Pakistan to the west, the Wakhan Corridor of Afghanistan in the north-west, Xinjiang province of the People’s Republic of China to the north and India’s Jammu and Kashmir to the east. It is situated in the vicinity of the two fastest growing economies of the world, but remains extremely backward.

The key actors in POK are India, Pakistan and China, which during the last few years has developed considerable stakes in the region. This paper, attempting to draw future projections for POK, is divided into four sections: (I) identifying and describing the key drivers; (II) envisaging future trends in the key drivers; (III) determining alternative scenarios; and (IV) Prognosis.

Over the past few years, the Taliban have seized power in some parts of Pakistan. Few reports hinted at the possibility of Shariat law being imposed in POK; it has already been implemented in Swat in the heartland of Pakistan. The Taliban would attempt to gain strategic depth in this strategically located region. The presence of Afghans in POK would further facilitate the Taliban interests, enabling the militants to amalgamate with the local Afghans and carry on dubious activities under a suitable camouflage. The Government of Pakistan would find an outsourced option to contrive cross-border terrorism in India, particularly in Jammu and Kashmir. Recently, the Pakistani authorities arrested and deported from Bagh and Muzaffarabad at least 200 Afghans who were living there illegally. Developments such as the suicide bomb attack in Muzaffarabad on 26 June 2009 have strengthened claims of Taliban presence in POK; the Tehrik-e-Taliban (TTP) was eventually implicated in the incident.

Due to the US-led War on Terror, the Afghan youth were pushed into these camps by the ISI, which was facing dearth of mercenaries after American pressure compelled men from Sudan, Kuwait and Lebanon to leave Pakistan

Two soldiers of the AJK regiment were reportedly killed and three others injured in the attack.

POK has for long provided safe haven to home-grown terrorists of Pakistan – both those operating in Kashmir Valley and those having close links with al‑Qaeda and Taliban. The LeT operates freely in the area as Jamaat ud-Dawa (JuD). People in POK have faced neglect from the Pakistan government for decades and they look up to these groups for help. JuD played a significant role in the relief and rehabilitation work after the October 2005 earthquake when the state machinery expressed inability in carrying out the same. The increasing number of these training camps could be attributed to foreign mercenaries present in Pakistan.

Due to the US-led War on Terror, the Afghan youth were pushed into these camps by the ISI, which was facing dearth of mercenaries after American pressure compelled men from Sudan, Kuwait and Lebanon to leave Pakistan. A report by India’s Home Ministry in 2004, prepared on the basis of interrogation of militants and interception of wireless messages, came to this conclusion. In March 2008, a status report on India’s internal security by the Home Ministry reiterated that the operation of militant camps in POK was unabated.

The demography in Gilgit Baltistan in POK has changed so much that the Shia, the original inhabitants of the land, have become a minority. Sunnis from Pakistan were given lucrative job offers and other incentives to settle in POK. President Zia intended to shift the demographic balance of POK in favour of Pakistan, primarily a Sunni state, and the orders to this effect were carried out by Pervez Musharraf in the late 1980s.

Similarly, the Northern Light Infantry, which mainly comprised men from POK (it was deployed in the Kargil War) is increasingly manned by non-locals as the local people are no longer trusted. The ICG report on the State of Sectarianism states, “Since 2001, Shia resentment over the inclusion of Sunni religious rituals and a perceived anti-Shia bias in textbooks for public schools has resulted in school boycotts and occasional clashes and curfews.”

The Chinese interest in POK dates back to the construction of Karakoram Highway, the highest road in the world, built at a height of 4665 metres (15,397 feet). The highway has yielded tremendous trading opportunities for both countries. It has also been used extensively to transfer arms and ammunition from China to Pakistan, and fissile nuclear and missile material from China. The highway was opened to the public only in 1986 even though it was completed in 1978 and was inaugurated in 1982.

Pakistan and China have also signed several agreements for building dams in POK, the latest being the MoU for building a dam in Bunji in Astore district.

In November 2003, former Pakistani President Pervez Musharraf signed a Border Trade Agreement with the Chinese government to “strengthen transport cooperation and promote interflow of personnel and commodities through the Karakoram Highway”. The two countries signed an MoU on 30 June 2006 to widen the highway from 10 metres to 30 metres; the upgradation process was formally inaugurated in February 2008.

China has made substantial investments in POK especially after the earthquake of 2005. Early in 2009, it proffered $300 million for development projects in Muzaffarabad, Rawalkot and Bagh. The agreement to this effect was signed in Islamabad between the Earthquake Reconstruction Rehabilitation Authority (ERRA) of Pakistan and the Chinese Ambassador Luo Zhaohui.

Pakistan and China have also signed several agreements for building dams in POK, the latest being the MoU for building a dam in Bunji in Astore district. India, which views such agreements between China and Pakistan as adverse to India–China relations, has sharply criticized this move.

POK is rich in water resources. The Indus and its tributaries render bright opportunities for hydropower generation.

Recently, however, in the overall context of water scarcity in Pakistan, President AJK, Raja Zulqarnain Khan, stressed the need for water conservation. Speaking in Muzaffarabad, Khan “urged people to store rainwater and protect existing sources of water in AJK”. He acknowledged that “roughly half the population of AJK still did not have access to potable water, adding that water sources have all but dried up in some areas”. 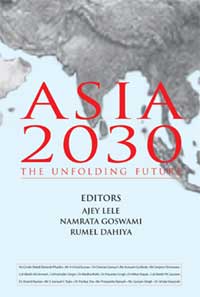 A highly controversial hydropower project in POK, because of its ecological implications, is the Diamer Bhasha Dam. It will inundate large tracts of land in the vicinity, rendering thousands of people homeless. According to a report, at least “31 villages will be flooded, 3,115 houses destroyed and 1,500 acres of agricultural land inundated by the reservoir”.

The area has very little in terms of fertile agricultural land, which if absorbed by the construction of the dam could result in serious food deficit in the region. POK has been facing food shortage in the past; only when the federal government issues directives the other provinces supply the required food material. Also, the dam is located in a seismically sensitive zone.