Home  >  News  > Geopolitics  >  Pakistan must not be India’s neighbor

Pakistan must not be India’s neighbor 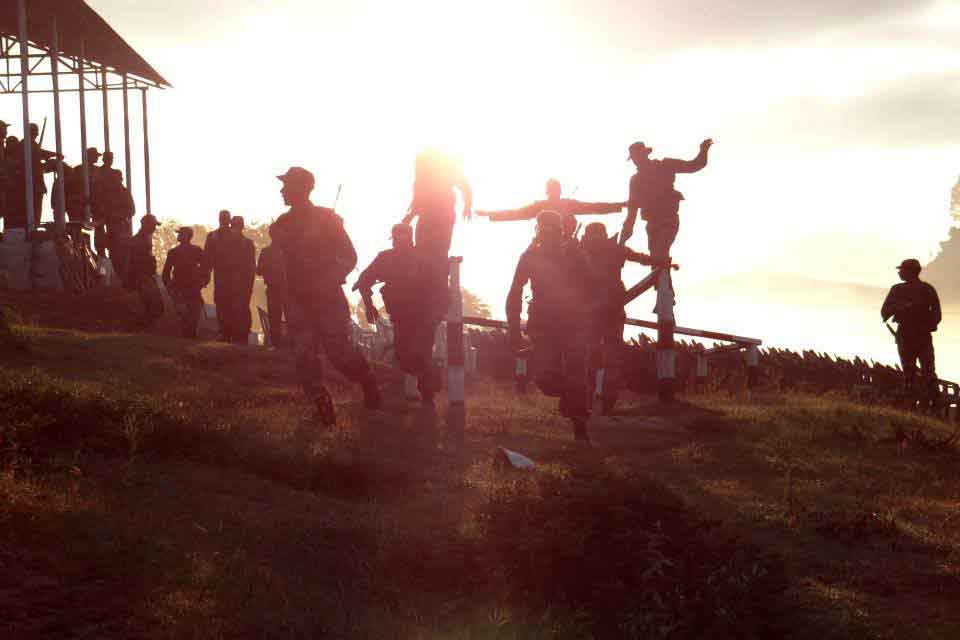 India has tried for 66 years to live peacefully with Pakistan, but has simply not succeeded.

The reason for these assessments and positions is because there is a choice.  People often say that nations cannot choose their neighbors.  But, one answer is that they can.  China chose to become India’s neighbor by annexing Tibet; Taiwan chose to become a neighbor of China by breaking away; the borders and neighbors in Central Asia changed remarkably during the great game of the 19th century.  England chose to annex Wales and Scotland, thereby eliminating them as neighbors; the USA bought a large chunk of territory from France in the Louisiana Purchase to cease to be a neighbor of France; and the USA bought Alaska from Russia, thereby becoming a neighbor of Russia.

In India, there was a conscious choice to not have Hyderabad and Junagad as neighbors soon after independence.  And, India chose to have Bangladesh as a neighbor on its eastern flank rather than continuing with Pakistan as a neighbor there.  And when the British united India, it took away countries that were neighbors of each other.  These are only a few examples in the region and world that illustrate that neighbors can be chosen, borders can be changed, and destinies of people forged.  Sometimes, these destinies are forged by battle, at other times by purchase, and at yet other times by negotiation or threat.  One example of the latter was Russia’s annexation of Eastern Siberia from China in the earlier part of the 19th century without firing a shot.  At the height of its empire, Great Britain was neighbors with much of the world.  It must simply be appreciated that times change, fates change, those down come up, those up go down, the free are enslaved, while the enslaved become free, kings have become paupers[1], and paupers kings[2].  Never should we lose sight of human history.

India has tried for 66 years to live peacefully with Pakistan, but has simply not succeeded.  India must be mad if what Einstein stated is true.  He had said, “[I]t is a sign of madness to make the same effort again and again, and expect different results.”  Thus, India has again and again tried diplomacy with Pakistan, hoping that the result will be different each time.  Indian leaders – and those in charge of foreign policy — need to see a mental doctor.

The major trouble with non-violence is that it doesn’t fit into the belief of the military.

But, as much as the principle of “jihad” in Islam has been twisted for centuries by Muslims to defeat a non-muslim enemy, so much has the principle of non-violence been twisted to forfeit the sword and the rifle.  The true jihad is the internal struggle of the mind and soul to break through its bonds and emerge into an understanding and love of God, but that is not how Muslims have interpreted it against the Russians or Americans or British or Sikhs or Hindus.   Similarly the true non-violence is the gradual ascension of the soul rather than forcing the soul to reach higher states of consciousness without establishing and cementing prior accomplishments in the spiritual journey.  Thus spiritual non-violence is to attain to higher states by “sahej”, i.e., gradually, rather than pushing and forcing one’s unwilling mind to accept true thoughts it can’t hold.  But, this beautiful spiritual meaning of non-violence has been distorted by Hindus and Mahatma Gandhi to forego the use of arms altogether, which is ridiculous.  A country cannot survive without a military.  To win wars, one needs a strong military, not one that merely achieves a stalemate.

If such be the (false) practice of non-violence and our belief in it, then why keep an army at all?  If such is the (false) faith the country has in non-violence than why not believe that the world will save India from harm if India had no army?  Obviously, the extent to which the principles of non-violence are applied to foreign policy and state matters can become absolutely paralyzing, as is the present situation in India.

Pakistan is a habitual liar…they lied again last week when they said it was not the regular Pak army that killed five Indian soldiers; they lied … and lie … and lie.

The major trouble with non-violence is that it doesn’t fit into the belief of the military.  A military swears by violence, while the non-violent practitioner of the modern times abjures the use of the military.  They don’t fit, they don’t jive, and they can’t dance together.  Non-violence is the complete opposite of what militaries believe.  The two cannot be at the same table.

A whole generation or two of Indians in government have grown up on wrong belief systems.  They have sworn by non-violence, non-alignment, panchsheel, and peace.  None of these are relevant in the real world of war.  A nation needs violence to protect its honor and sovereignty against hostile attack; a nation needs treaties and alliances in the real world with other countries to multiply its defense capabilities.  Throughout history, treaties and alliances have been the backbone of world politics, and continue so today.  Look at NATO, or the alliance between France and Britain to share their armed forces.  If Chanakya were alive today, he would agree.  But, India wants to go it alone: an idealistic nation in a practical world, presenting misplaced ideas that won’t mix with the world of nations.

Similarly the peaceful principles of co-existence are only in religion, not in war – and not with the frailties of the human mind, its desires for honor, or need for survival and prosperity.  How many people would give food to the enemy first before eating food themselves?  Are we real people or are we lost?

Peace is for dreamers and preachers, because war and death are the only reality on Earth.  Yes, people (and the Indian government) dream of peace because they don’t wish to face the truth.  Peace is not for a nation on the march, or a corporation in competition.  To ignore the need of the times is to do so at one’s own peril.

And here, it must be recalled that the world’s great empires were forged by the force of arms: The ancient Persians – the world’s first great civilization; Rome that ruled the “known world” for 400 years, including the British Isles; the Mauryan empire that stretched from Assam to Sindh, and Vijayanagar to Afghanistan, and which had Sri Lanka as a vassal state; the fantastic empire of Cengiz Khan; The vast Hapsburg empire in Central Europe; the Ottoman empire that stretched from the Persian Gulf and Gulf of Aden to Eastern Europe; the conquests of Islam that spanned from Spain to Chinese Turkestan, and past India into Indonesia; The empire of Great Britain on whose empire the sun never set; the Napoleonic empire that ruled all mainland Europe; or the world’s sole great superpower today – USA, built themselves to that level by the strength of their resources, the power of their arms, the passion in their hearts, and the might of their militaries.  Even Japan and Germany that shook the world in World Wart II, which resulted in the beginning of the collapse of the colonial era – a great blessing – was thrust on the world by war.  Thus, war also saves and liberates people.  We must not forget that war can be a blessing.

How does India think it will trust Pakistan when it lies so much?  How will Pakistan ever be able to fulfill a promise when it will continue to lie about breaking its promises?

War is what makes the world go around and gather motion and momentum – not peace.  We are forever improving in our technology, which is a testimony to the war we fight everyday to overcome the temptations of laziness and sloth.  It is not in the human’s DNA to not improve, not seek protection, not seek security, or not become better than one’s competition.

The Lies of Pakistan

Such lying is the symptom of a deranged mentality – an irresponsible nation that doesn’t have a place in the comity of nations; such lying exhibits a base and debased personality with whom friendship by another is a mistake, let alone being called for.  Would you make friends with a snake?  Would you have good neighborly relations with mosquitoes that carry dengue and malaria?  Would you have good neighborly relations with thugs, dacoits, and rapists?

Our worldview of Pakistan needs a dramatic shift; India needs a reality check.  But alas! Our leaders have been bought by our enemies.

And India wants to negotiate with a pathetic and habitual liar?  And India wants friendship with such an entity?  Give me a break!  Is India in its right mind?  How does India think it will trust Pakistan when it lies so much?  How will Pakistan ever be able to fulfill a promise when it will continue to lie about breaking its promises?I wouldn’t touch such a neighbor with a long barge pole; in fact, I would beat such a neighbor with the pole.  First, Pakistan lies, and then it lies to cover its lies, and then fabricates more lies to justify those lies, till a time comes they begin to believe in those lies, transforming fully from Jekyll to Hyde.  The grass has become the weed; the good has become evil – and now can be trusted no more.

What are the IFS and political leaders smoking that they think they can talk Pakistan into a binding resolution?  Which mothers’ children are they?  Whose honor are they riding on?  Why are they denying India their right?  Why should Indians not encourage a revolution?  France, Russia, China, Japan, and USA have all had their revolutions.  Why not India?  But, what can we do?

50 thoughts on “Pakistan must not be India’s neighbor”