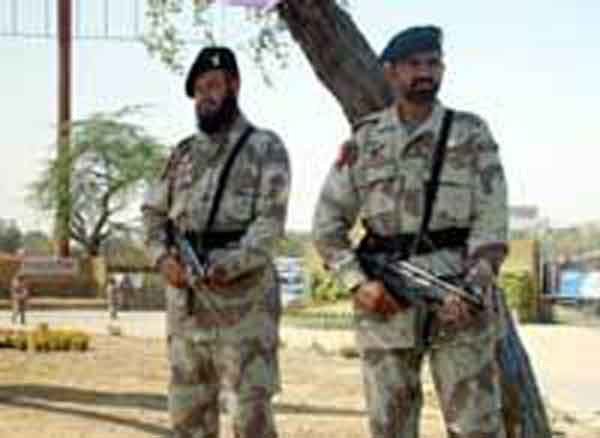 Most people and even some military minds do not appreciate the difference between fighting a conventional war and an unconventional war. The former is against a known enemy with well-defined principles of engagement, but the latter involves an unknown enemy who has the initiative. It is the enemy in unconventional or sub-conventional warfare who sets the parameters of when, where and how to fight. The basic difference is – he acts; you react. In order to conduct a successful campaign against an unknown enemy it is imperative to make him react. Once the enemy is forced into a reactive mode, half the battle is won.

The anti-Taliban operations launched by the Pakistan Army in Swat and surrounding areas suffer from the same shortcomings as was the case of the US in Vietnam and Kampuchea in the 60s and 70s.

To wrest the initiative one does not need guns and helicopters as much as the steeled soldiers to fight the regimented minds of irregular soldiers of terror. Technology might serve as a force multiplier or a bonus to deal with militants, but it can never replace the human mind. The superiority of weapons, technology and facilities is negated by the one single factor ‘Regimented Human Minds’ (RHM) of ‘Irregular Soldiers’ called militants or insurgents. The local support to them because of administrative injustice or emotional wounds due to the military’s alleged high-handedness is a powerful tool for them.

The anti-Taliban operations launched by the Pakistan Army in Swat and surrounding areas suffer from the same shortcomings as was the case of the US in Vietnam and Kampuchea in the 60s and 70s. It wanted to crush the communist uprisings with the sheer weight of numbers and the deadly superiority of their weapon systems. General Moshe Dayan of Israel, after his visit to Vietnam in the late 60s, had forecast the failure of American operations due to their heavy reliance on helicopters, roads and guns. He records this in his autobiography, Moshe Dayan: Story of My Life:

“ – what the Americans had at their disposal was a commander’s dream: helicopters to rush his men to any location; – air and artillery support; equipment, ammunition, and fuel in virtually unlimited supply. Yet with all this they had not routed the Vietcong. – (because) there was one thing they seemed unable to do – land their units quietly, secretly, without detection – ”

Moshe Dayan had raised the key issue of successful combat against terrorism/militancy/insurgency, i.e. the wresting of initiative from the insurgents/militants/terrorists. As long as the initiative is with the other side, counter militancy/counter terrorism/ counter insurgency operations are doomed to fail. He had highlighted the predictability of conventional operations which was the major weakness. Insurgency and militancy/terrorism are unconventional conflicts and they need unorthodox methods to deal. The foremost is to avoid a distinct pattern and be unpredictable, thus gaining initiative vis-a-vis the terrorists/militants and insurgents.

Sub-conventional conflicts do not require sledge hammer tactics. The real concern is about the inability of the security forces to identify the terrorist/militants/insurgents. They do not roam wearing head bands. Therefore, as the enemy is unknown, large scale operations involving heavy weaponry is counter-productive. They create more terrorists/militants than eliminating them. The drone attacks by the US Army in Afghanistan has not only kept the Al-Qaida alive but has given a fresh lease of life to the Taliban. They are more dangerous than the Vietcong. I therefore feel that the US is not making the desired headway because it has not understood the regional peculiarities. Its advisors are more trained in western military philosophies, who are unable to grasp the emotional strength of oriental societies. Their backwardness is their asset and not a weakness because it makes them closed-door societies. It is very difficult to penetrate them. This is why security forces operating amongst them find it extremely difficult to get real time intelligence. Satellites, drones and radars can not replace human intelligence. The US does not seem to have learnt this lesson, so is the case with its protégé, the Pakistan Army.

Eventually, the US Army had to move out of Vietnam and Kampuchea with great disgrace, the causes of which are well recorded in the book Crisis in Command by Paul Savage and Richard Gabriel. The ‘Mai-Lai massacre was the turning point of the failed strategy of conflict with the Vietcong. The US troops did exactly what the Vietcong provoked them to do – that is to antagonize the local populace and thus lose the opportunity to isolate the Vietcong. The USA is making the same mistakes in Afghanistan and Iraq, some three and a half decades later. It has not learnt its lessons. The drone attacks will never win the war on terror unless the soldiers live and fight like the Al-Qaida and the Talibans. The Pakistan Army is making the same mistake in Swat. It has not learnt its lessons from its operations in Wazirastan last year.  Lieutenant Colonel David Kilcullen, an Australian counter-insurgency expert and the former advisor of the US military commander in Afghanistan observes:

Once beleaguered, the Pakistan Army launched its operations against its own errand boys, the Taliban, with its full might.

“ – What they (Pak Army) are doing in the Swat valley is a conventional offensive … they need a more sophisticated approach and they need training and assistance, which they are currently refusing. They will move into Swat, they will fight the Taliban, there will be half a million refugees, and there will be immense dislocation. I’m not sure that, looking back on this in six months, we will see any improvement. – ”  Lt Col David Kilcullen , as quoted in the net edition of The Daily Times a Pakistani daily, published from Lahore on May 14, 2009.

Under severe pressure at home and from the US, the Pakistan Army launched its offensive against the rising tide of the Taliban in Swat and surrounding areas on May 06, 2009. And it had to do so within one week of the ‘Nizam-I-Adl’ peace deal inked by the government with TNSM of Sufi Mohammed, whose son-in-law, Maulana Fazaullah, is the head of Swat chapter of TTP – Tehrik-e-Taliban of Pakistan. Undoubtedly, the deal was signed by the Pakistan government at the instance of the Pakistan Army, who had graded them as “Good Taliban”. How come, that within one week, the “Good Taliban” became the enemy to be obliterated? This is a separate matter. But suffice to say that the “Good Taliban” was created by the Pakistan Army in order to fight WOM (War by Other Means) in India.  But the ‘monster’ had other ideas. Its activities in Swat and surrounding areas created not only a large hue and cry in Pakistan but also made people around the globe sit up and take note of this growing menace to world peace, particularly because of the nuclear weapons in Pakistan.

Once beleaguered, the Pakistan Army launched its operations against its own errand boys, the Taliban, with its full might. Some people suspect that it might be a staged affair. Whatever, it is now a war and people have lost homes and lives. It will create deep wounds. War planes have thundered over the Swat sky. Helicopter gunships have pounded the Taliban’s suspected locations which includes some civilian houses. Artillery guns have fired salvos; tanks and Mechanized Infantry Combat Vehicles (MICVs) have charged through the Talibans defenses and 15000 soldiers, may be much more, have been hunting for some 4000 Taliban fighters. Should we not feel relieved that Sufi Mohammed and his men are in disarray? Reportedly more than750 militants had been killed up to May 14, 2009 as against 33 army personnel. This was claimed by an army spokesman as reported in The Dawn (Kiyani Tours Swat as Troops Pound Militant Hideouts) dated May 13, 2009:

“ – The military says up to 15,000 troops are taking on about 4,000 well-armed fighters in Swat, where Islamabad has ordered a battle to ‘eliminate’ militants. Overall, the military says, more than 750 militants and 33 troops have been killed in its operations in Lower Dir, Buner and Swat, although there is no independent confirmation of the figures and no word on civilian casualties. On Wednesday, the army claimed that security forces had gained a foothold in the Peochar valley, the stronghold of Taliban leader Mullah Fazlullah, and were targeting militants’ hideouts there. – ”

However, Khwaza Saad Rafiq, a member of Pakistan’s National Assembly from PML-N, had questioned the claims of the Pakistan Army and cast doubts on its competence. The Dawn in its internet edition published from Lahore quoted him:

“ – The army, which had no record of winning any war in the past, including in 1965 and 1971, should have plugged routes of Taliban’s movement towards Shangla and Buner after enforcement of Nizam-i-Adl, he said… the army was misguiding the people with claims about its successes which were not verified by an independent and authoritative body. He said that if military operations in Baluchistan were wrong, how could it become necessary in Malakand?”