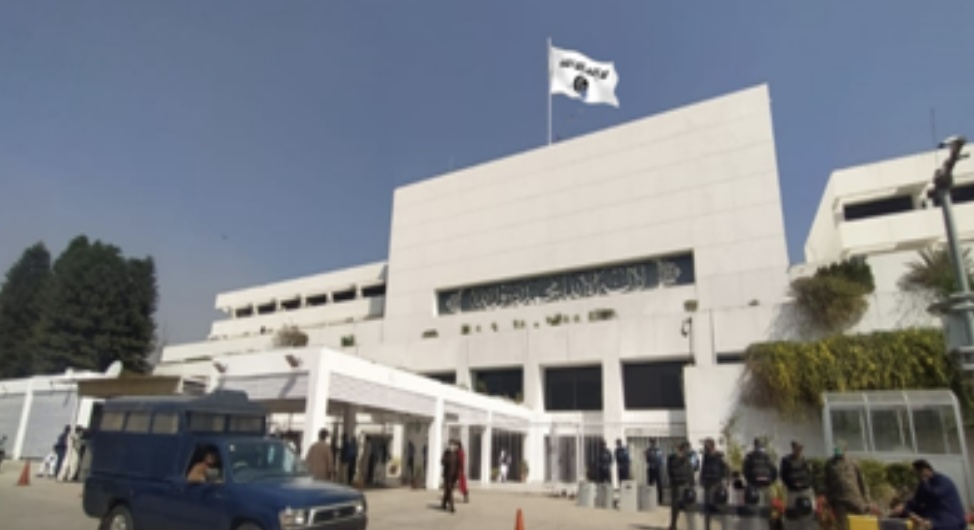 Speaking on the Defence Day and Martyrs Day of Pakistan on September 5, army chief General Qamar Javed Bajwa made statements like:  in 1965, Pakistan had defeated India – an enemy many times greater in might; Pakistan’s key role in peace efforts in Afghanistan is a testament to that India has, as always, taken an irresponsible stance; Kashmir is a recognized dispute and Pakistan does not accept any unilateral decision in this regard, and; Pakistan will win the fifth generation or hybrid war.

It is globally acknowledged that the Pakistani army has never ever one a single war; leave aside the 1965 War with India. Had anyone questioned him about the 1971 India-PakistanWar, Bajwa may have replied that Bangladesh was never a part of Pakistan and the 93,000 Pakistani prisoners was a figment of imagination because Pakistan never participated in the World Wars.

Pakistan’s monumental perverse contribution in Afghanistan of forcing America hand over the country to Taliban and a Taliban government composed primarily of branded terrorists too is very well known. Illegal claim to Kashmir is of course the very reason the army continues and will continue its stranglehold on Pakistan; spawning more and more Crorepati Generals in the process.

Bajwa’s quip about Pakistan winning the fifth generation or hybrid war is intriguing. Pakistan has been waging proxy war on India over threedecades. So why this sudden outburst? Surely he did not foresee the massive protests by the Tehreek-e-Labbaik Pakistan (TLP) that were to follow in October forcing the Pakistani establishment to negotiate peace. It was also difficult to decipher what was behind the usual walnut-like facial expression of Bajwa. But now it emerges that Pakistan is wallowing in the snake pit of its own making, which explains the wayward statements of Bajwa; it’s military’s tail being on fire.

The Tehrik–i-Taliban Pakistan (TTP) and Islamic State of Khorasan Province (ISKP) were both brainchild of Pakistan’s military-ISI, who today are targeting the Pakistani establishment. To start with, the TTP (then known as Punjab Taliban) operated shoulder-to-shoulder with the Pakistani army inside Afghanistan even before the US invaded Afghanistan. The ISI also used them for recruiting cadres in Badakhshan region in northern Afghanistan.

But the TTP-ISI relations went awry with the Pakistani army periodically launching air and artillery attacks in North Waziristan and FATA as part of counter-insurgency campaigns which resulted in thousands of civilian casualtiesincluding families of the TTP cadres while lakhswere displaced. Ultimately, the TTP reacted by attacking the Army School at Peshawar in December 2014 killing 150 including some 134 students – wards of Pakistani military personnel.This was criticized by the Afghan Taliban perhaps because they could not extract such revenge against the Americans and wards of Afghan security forces within Afghanistan.

In 2019, the US Department of Defence had estimated 3000-4000 TTP cadres in Afghanistan. But in November 2020, the Amjad Farouqi group (faction of Lashkar-e-Jhangvi), the Musa ShaheedKarwan group, Mehsud factions of the TTP, Mohmand Taliban, Bajaur Taliban, Jamaat-ul-Ahrar, and Hizb-ul-Ahrar all merged with TTP. Also the Taliban takeover of Afghanistan this September, witnessed over 2000 TTP cadres along with some leaders released from prisons in Afghanistan – much to the chagrin of Pakistan.

The TTP has been viciously targeting the Pakistani establishment. For some months, the TTP has not published their infographics but according to some estimates, TTP has killed between 250-280 Pakistani security forces personnel and their supporters during 2021 up to October 30. The Balochistan Liberation Army too is estimated to have inflicted a similar number of casualties on the Pakistani security establishment in the same period.

Pakistan has been desperately seeking a ceasefire with the TTP through the Afghan Taliban but this has not worked out. The ISI temporarily brokered a ceasefire with the Hafiz Gul Bahadur group (splinter of TTP) but that too has been broken. The TTP says they will agree for ceasefire only if Pakistan agrees to their terms of ruling Pakistan under Sharia law; otherwise they will continue attacking the Pakistani establishment. Pro TTP elements have been circulating the image of Pakistan’s parliament building showing the flag of TTP hoisted on top.

Foreign fighters have started joining the ranks of TTP. Asadullah, a fighter from the UK who is completing his training with TTP says he came to Khorasan to fight the “Kuffar Pakistani armies”and ally of America, adding, . “We know the people who mostly damaged the Islamic Emirate of Afghanistan (IEA). It was Pakistan that caused most damage, It was Pakistan who gave US air bases, intelligence and gave all source of information and most importantly gave the Americans travel routes so that they can attack Afghanistan from Pakistan……..Your (Pakistan’s) Muslim brothers and sisters are being oppressed in your own country (Pakistan) in Waziristan and Balochistan and various agencies of the Provinces. You are silent about them.”

The ISIS-K (also termed ISIS-K) was configured by the ISI in Peshawar by combining elements of Afghan Taliban and the TTP (US intelligence termed them “disgruntled” elements of both groups) mixed with Pakistan-based terror groups and pushed west into Nangarhar province of Afghanistan. Afghan security forces had termed this outfit “ISI Brigade” instead of ISKP Brigade.The US then began inducting ISIS cadres into Afghanistan via Pakistan. Presently, the deadly ISIS-K operations in Afghanistan are targeting the Afghan Taliban and security forces – latest being the attack on the 400-bed Sardar Mohammad Daud Khan military hospital in Kabul on November 2, 2021, killing at least 25 and injuring dozens.

A news channel quotes Nazifullah, an ISIS-K member, saying, “Our first target is to destroy Pakistan because the main reason for everything in Afghanistan is Pakistan. When the Taliban were here (even as the previous government still reigned), they said that we controlled 80 per cent of the country, but they were not implementing Islamic rulings. That’s why we stood up and started (ISIS-K) over here in this area. We want to implement Shariah Law. We want to implement the way our Prophet was living, the way he was clothed, the dressing hijab was there. Currently, we don’t have much to fight. But if you give me anything, I am going to fight Pakistan now.”

The problem of the Taliban is they are fighting an invisible enemy in the ISIS-K. Haibatullah Akhundzada, supreme leader of Taliban has warned against infiltrators inside the Taliban. One of the leaders of the Uyghur community in northern Afghanistan says that since the Taliban demands expulsion of ISIS-K from Afghanistan and China wants the Uyghur to leave Afghanistan, therefore, given the rapid rapprochement of the Taliban with China, fate of the Uyghurs who have found refuge in Afghanistan may turn out to be deplorable. On the other hand, ISIS-k can easily use this opportunity to recruit Uyghur militants, who will see the Islamists as their defenders.

Talat Masood in his article published in the Express Tribune on November 3, makes three interesting observations: first, Pakistan is “adrift”; second, increasing incidents of terrorist attacks in the erstwhile tribal belt resulting in killing of several young officers and soldiers is not receiving due government attention, and, third; the fallout of Taliban’s obstinacy to change could also affect Pakistan.

Qamar Javed Bajwa while talking of winning the fifth generation war knows that Pakistan has a bomb under its chair, fuse of which is already smoldering and there is little he can do about it. Whether he is planning a military takeover of Pakistan or rehabilitation by heading the Islamic Military Counter Terrorism Coalition (IMCTC) like one of his predecessor or simply settling abroad while Pakistan writhes in the snake pit remains a mystery.

One thought on “Pakistan in Snake Pit”