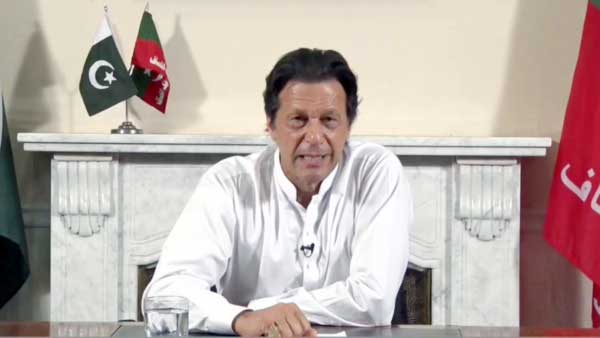 Of late, Erdogan has begun to dream of becoming the global Islamic leader after the European Union rejected Turkey’s admission. Opting for Islamic card, he is cozying up with Imran Khan of Pakistan.

Turkey has also markedly increased its defense cooperation with Pakistan. Ankara is building four MILGEM medium-sized warships for the Pakistan Navy, in a deal estimated to be worth over $1 billion. According to the deal, two ships would be built in Turkey and the other two in Pakistan under technology transfer clause. Las year the two countries had also inked a $1.5 billion deal for the supply of 30 Turkish attack helicopters – in the largest defense deal between the two sides.

Turkish President has taken crudely to unnecessary and hegemonic interference in our internal matters and has been raking up Kashmir issue to garner Pakistan’s support to be recognized as the outstanding leader of the ummah. Rejecting Erdogan’s breach of established protocol among the nations, New Delhi reacted by cancelling the deal of Turkey building two warships for India. He is sour for the wrong reason that India is not putting curbs on Fetullah Gulen, his political rival whose party he labels a terrorist group (FETO). Gulen has sought asylum in the USA and his schools are running legally in some Indian cities.

These irritants apart, Erdogan wanted India to support its nuclear ambition.  India, sticking to nuclear non-proliferation commitment, refused to supply thorium of which it has the stocks in Kerala. Erdogan is also sour that there is an imbalance in trade exchange between India and Turkey. New Delhi does not see any extraordinary prospect of trade and commerce with Turkey because the imports from that country are negligible. It has to be reminded that India expressed reservations on Turkey launching an attack on Idlib, a western province of Syria. In Turkey’s stinging relations with Cyprus and Greece, India has not been among her supporters.

Thus on the surface of it, Turkey feels India has given it the cause for estrangement. As such, raking up of Kashmir issue at various platforms is more out of a vendetta than a well-calculated policy decision.

This much is for Turkey. As far as Malaysia is concerned, inter-party and intra-party politics has landed that country into deep confusion and controversy primarily owing to wiliness of Mahathir. He resigned but knew the King will ask him to stay on as interim Prime Minster. He has now announced his new cabinet.  Therefore, uncertainty prevails over the foreign policy of his government. The 94-year old  Mahathir Mohammad is unwilling to hand over power to Anwar, whom he calls his descendent,  He faces the rising voices for dissolving of the parliament and for snap polls.

Prof James Chin, the director of the Asia Institute Tasmania said: “The possible outcome (of political crisis) is that you have a much stronger Malay-centric government with a much more Islamic outlook. This is very bad news for non-Malays – the Chinese and Indian communities. Mahathir is also known for his anti-American, anti-Indian and anti-Jewish attitude. In one of his controversial speeches he once called the Jews the “hooked nose” people. At the sunset of his life Mahathir wants to become an ardent Musulman not by virtue of good deeds and words but by posing as a communal hardliner.

In his blissful thinking opposing the Government of India on Kashmir is a service to the Islam and Muslim community. He is obsessed with this line of thinking because his vote bank, the Malay people, are rabid Muslims and Mahathir must show them the olive branch.

However, the real reason behind the pro-Islamic stance of both Mahathir and Erdogan is the ambition of seizing the leadership of the Muslim ummah on the premise that at the moment the ummah does not have the vibrant leadership. It will be remembered that Mahathir had called a conference of Muslim leaders in December last. Invitations were sent to the heads of 53 Muslim countries besides a large number of Islamic scholars, theologians, and clergies.

Surprisingly, the Saudi monarch declined the invitation and said that with OIC functional and kicking strong, it was nothing short of a conspiracy to give a call for an Islamic summit outside the frame of OIC.

Actually, Imran Khan and Erdogan had met Mahathir in Malaysia months ahead of the proposed Islamic summit and the program was chalked out meticulously. The Saudi king said that there are some heads of Islamic states who want to wreck the OIC and move away from it only to convey to the world that the Saudi monarchy is not the sole protector of the Islamic holy shrine. Many heads of the Islamic states declined to participate in the conference in Kuala Lumpur, especially the Gulf States as they clearly saw it schematic and divisive only to weaken the Islamic fraternity.

On knowing that Imran Khan of Pakistan had been instrumental in articulating stoutly in favor of the Islamic summit at Kuala Lampur, the Saudi king summoned him to Riyadh and admonished him for supporting the elements that were squarely responsible for dividing the Muslim community. Imran was taken aback on receiving the warning from Riyadh; he immediately withdrew from participation in the Kuala Lampur meet.

However, the agenda originally drawn by the PM of Malasia had made specific mention of Kashmir and Uighurs of Chinese western province of Xinjiang. The agenda, too, was not acceptable either to the Saudis or to the littoral states like UAE who had declared India’s JK Reorganization Act as her internal matter.

Thus we find that raking up of Kashmir issue by Turkey and Malaysia is essentially the fall out of dissension within the Muslim fraternity for leadership. There is growing discontent among large sections of Muslims in the Middle East that the US is maneuvering things in the Saudi kingdom and indirectly, the Muslim countries that have succumbed to the US influence are doing a negative service to the ummah.

Hence, the ambition of creating an alternative entity of Islamic fraternity that would not come under the influence of the Saudis and the Americans. To achieve this goal, the easiest way is to gang up against the countries that are trying to induce their Muslim minorities to fall in line with the national mainstream voluntarily, as is the case in India. Raising a phobia of the Modi government doing things against the interests of the Muslim minority of India is the brainchild of Pakistan which has been sold to and taken by Turkey and Malaysia.

Iran and Turkey have hardly been on friendly terms in classical sense. But Iran would not miss an opportunity of siding with a new entity that proposes to do away with the leadership of the ummah by Saudi Arabia. Iran may not be as vocal and outpouring on Kashmir as either Erdogan or Mahathir because Iran has stakes in Indian friendship, nevertheless, occasionally Iran does give the impression that she is concerned about Kashmir.

India considers the tantrum of Erdogan and Mahathir as indirect support to terrorism because what is happening in Kashmir is a clear proof of Pakistan bent upon continuing a proxy war.  Unlike previous governments in New Delhi, the Modi government has retaliated as it should for unwanted interference in our internal affairs. India has stopped the import of palm oil from Malaysia. New Delhi has also canceled the shipbuilding contract with Turkey.

However, it appears India has to fight on this new front more elaborately because it is just possible that the alternate OIC camaraderie could rope in more Islamic states just because they are scantily informed on the ground situation in Kashmir. The most conspicuous aspect of this tussle is that for the first time in the history of Islam the Arab leadership is challenged by the non-Arab leadership, something that may be called ethnic divide.